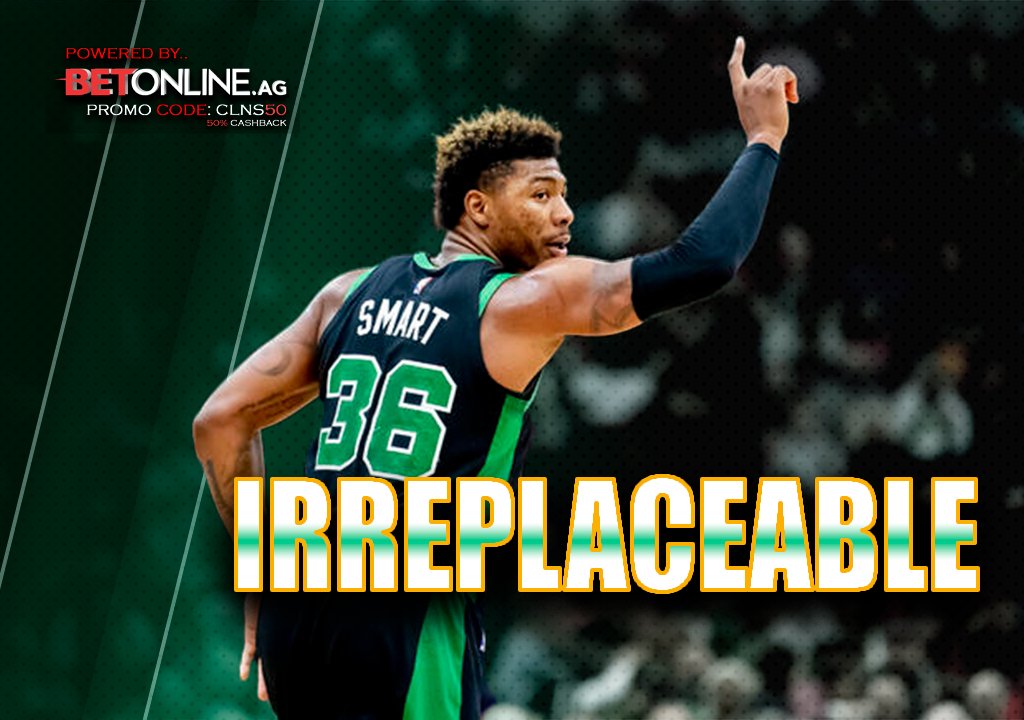 Brad Stevens announced after the team’s loss to the Magic that Marcus Smart suffered an oblique bruise. Danny Ainge thought he had a hip pointer. Art Horne, Stevens said, checked Smart out during a timeout before he returned and the spasms that he felt proved too great to bear.

“I guess that’s better than a strain,” Stevens said about the apparent bruise.

It was worse. An MRI on Wednesday revealed that Smart tore his left oblique. Adrian Wojnarowski broke the story, leading the Celts to announce 30 minutes later that Smart would miss 4-6 weeks. The Celtics will face the Pacers without their most versatile defender that all but saved Boston’s season with his insertion into the starting lineup after a 10-10 start.

All of the Celtics’ successful lineups, that played at least 60 minutes together, featured Smart. The other two included Daniel Theis. Every other grouping that Stevens tried got outscored.

That included Boston’s original starting lineup, that posted a 93 offensive rating in 145 minutes. Replacing Gordon Hayward for Marcus Morris resulted in a 113 defensive rating in over 80 minutes. Adding Smart to that five-man rotation in place of Hayward turned it into a +6.0 net rating group.

In the last two postseasons, only Smart and Al Horford posted defensive box plus-minus ratings above 2.0. He’d made his biggest weakness a strength, shooting 36% from three over 80 games.

Smart and Jayson Tatum played all year to get hurt in the second to last game. Stevens said he did not know that Tatum shin pain entering the Orlando game. Then he got knocked out with an injury in the same area. His MRI fared better.

Jaylen Brown and Terry Rozier can fill the two spot on paper for the Indiana series. They can’t replicate Smart’s impact.

In a last-second win over the Pacers at home in March, Smart played Thad Young on switches to limit his rebounding and facilitating around the net. He fronted Bojan Bogdanovic all game in Boston’s win at Indiana April, holding him to 1-for-8 shooting.

The Celtics outscored Indiana by 14.2 points with Smart on the floor in four games. Kyrie Irving, Jayson Tatum and Al Horford fared better in their minutes. Rozier posted a +8.3 and Brown a +0.3.

Whether Stevens made a fatal mistake in consultation with his medical staff, or Smart’s oblique deteriorated to the point where he eventually would’ve fallen anyway, he proved himself among the C’s three most-valuable players this year. It’s hard to imagine the team turning around from their early-season sluggishness without his ability to fill the gaps between the isolation players.

Some hope lies in Brown’s scoring and Rozier’s successful tandem with Irving. The two outscored opponents by over four points in 441 minutes together and played with one of the higher paces on the team.

“I can always look back and say, would I play him again in that game, period,” Stevens said. “As you look around the league, there’s a lot of guys that played in the last two games or three games and there’s freak things that happen.”