Can Boston rally yet again with their backs against the wall? 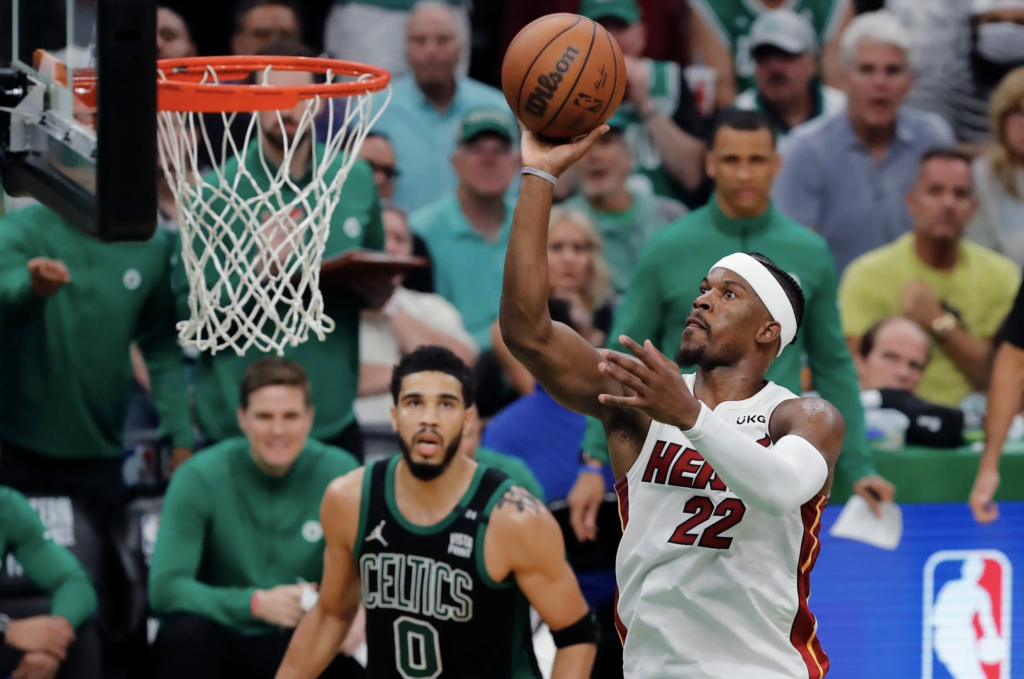 The Celtics should be resting up right now and getting ready to fly to San Francisco later this week.

Instead, they’re prepping to head back to Miami for a game seven on Sunday night – a game that they easily could have avoided.

Boston had it all right in front of them. Friday night prime time tip, on their home floor, TD Garden shaking – and they couldn’t close it out. Miami beat the Celtics 111-103 behind a dominant 47-point night from Jimmy Butler and now will host a pivotal game seven.

Jayson Tatum led Boston in scoring with 30 points – but only had 12 shot attempts. Not nearly enough for your star.

Al Horford had arguably his worse game as a Celtic, scoring just three points on 1-8 shooting. Marcus Smart wasn’t great either. He shot 1-9 from the three-point line.

Boston held a 97-94 lead with just 4:43 left in the game, but two missed free throws by Jaylen Brown followed by a 12-4 Miami run was all she wrote for the Celtics.

Despite their brutal performance on Friday, the Celtics are still favored to win game 7 and advance to the Finals. Here are the odds for Sunday according to BetOnline.ag:

Checkout out the CLNS Media postgame show from Wednesday night’s game HERE on the Garden Report:

Game seven will tip off at 8:30pm on Sunday night from Miami’s FTX Arena.

All of the confidence I had in the Celtics heading into game six is now gone. I am very worried about Sunday. Though Boston has been awesome after a loss this postseason, game sevens are always a different beast. The fact that they have to travel back to Miami and try to pull this off just bothers me.

This core has gotten so close and has dropped the ball every time. Friday night ruined me, and I think this is the end of the road for them. Miami defies the odds and goes to their second Finals in three years.

Boy do I hope I’m wrong.