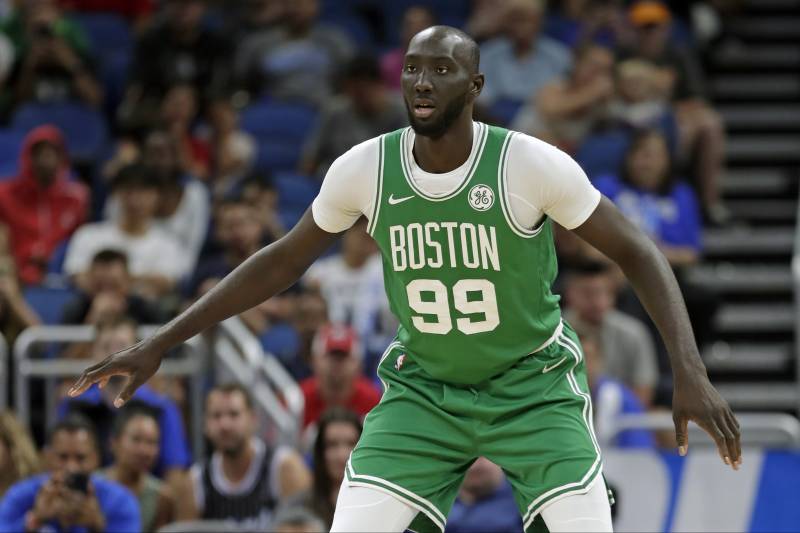 The Celtics made roster announcements prior to their preseason tilt against the Cavaliers on Sunday at TD Garden.

Max Strus, who initially signed a two-way contract back in July, has agreed to a standard NBA deal, while Tacko Fall will be taking Strus’ spot as Boston’s new two-way player. Fall’s new deal means the 7-foot-5 center will spend the majority of the upcoming season in Maine with the Celtics’ G-League team the Red Claws, and is allowed to spend up to 45 days with the Celtics.

Strus, who hasn’t received a whole lot of playing time from Brad Stevens throughout his first two preseason games, has logged in two rebounds and three assists in seven minutes. Fall impressed the Celtics so much throughout Summer League that the undrafted rookie earned himself a shot at making the team and his untapped potential hasn’t wavered since.

So far, he’s averaged 2.5 points, 4 rebounds, and 1 block in 7 minutes throughout his first two preseason games.