The Boston Celtics improved to 2-for-2 on their 4-game Western road trip following a dominant wire to wire126-97  win over the Kings in Sacramento. 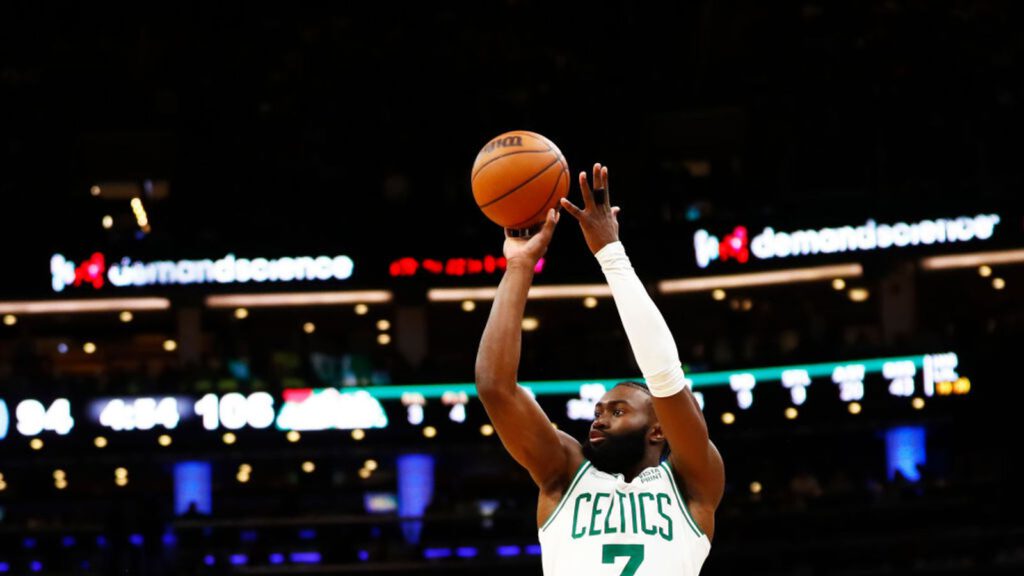 The Boston Celtics improved to 2-for-2 on their 4-game Western road trip following a dominant wire to wire 126-97 win over the Kings in Sacramento.

The Celtics raced out to an 11-0 lead to start the game and never looked back from there. The Kings had no answer for the combination of Jayson Tatum and Jaylen Brown, who combined for 62 points in the win.

The Jays: Jayson Tatum made seven 3-pointers and scored game-high 32 points, along with five rebounds, and four assists. He had 14 points and didn’t miss a single 3 point shot in the 2nd quarter.

Domantas Sabonis: After trading from the Pacers, Sabonis has once again proved his value. Even though unable to lead the team to victory, Sabonis has given a monster performance, scored 30 points, along with 20 rebounds and five assists.

Payton Pritchard: Pritchard scored 14 points and was a plus 31 in only 21 minutes on the court. He made all 4 of his 3 point attempts and contributed eight assists.

Harrison Barnes: Sacramento’s Barnes did not score in his 24 minutes of action. It’s the first time that Barnes has failed to score while playing 20 minutes or more since Game 3 of the Western Conference finals in 2015.

Derrick White: White didn’t play bad per se but he’s going to continue to to appear in this column until the shooting improves. White started the game oh-for 6 while missing his first four 3 point attempts. That concluded an 0-15 stretch from the field spanning multiple games. White did manage to make two field goals on a breakaway dunk before finally burying a 3 in the 4th quarter, much to his relief.

Jaylen Brown carried the Celtics with 16 points in the first quarter but Boston blew the game open in the 2nd quarter thanks led by 17 points from Jayson Tatum. Tatum made three 3s in a span of a little over a minute early in the quarter to balloon Boston’s lead from 4 to 13. It stayed at double digits the rest of the game.

THAT’S WHAT HE SAID

Head coach Ime Udoka on whether he will break his rotations if someone is riding a hot hand, as Brown was in the 1st quarter and Tatum in the 2nd.

“If they’re going hot they’ll ask me, ‘Do you want to keep this.’ Udoka said. “And obviously it’s a feel thing there. Nothing is set in stone. And when a guy is rolling the way Jaylen was in the first quarter and Jayson in the second, it’s easy to extend them.”