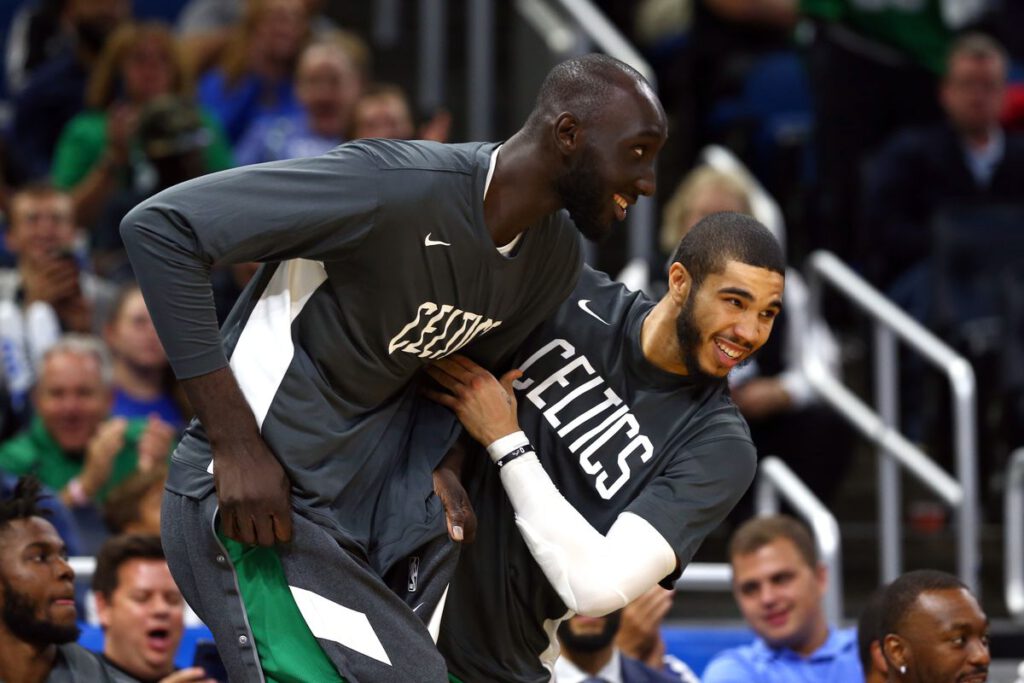 Heading into the coming 2019-2020 Celtics season, there is two main concerns. One is interior defense and the second is 3-point shooting.

The Celtics honed their skill in both categories Friday, on their way to an eye-opening 21-2 start against the Magic in their second preseason matchup.

Marcus Smart drained 4-of-5 from behind the arc, Daniel Theis offered stellar defense against Orlando’s frontcourt of Aaron Gordon, Jonathan Issac and Mo Bamba — one of the league’s tallest and most athletic — while rookies Carsen Edwards and Grant Williams drained a pair from deep and Jayson Tatum and Jaylen Brown got off to hot starts on the offensive end. By the half, Boston stretched its lead to 28 (62-34).

In the end, Orlando managed to pull to within 25 but finished with less than 80 points in a 100-75 Celtics win.

For a team with a job opening at the starting center position, the Celtics’ top candidate should be Theis based on his performance Friday. In his first preseason game, he blended in well with the rest of the starting unit — one that played without Kemba Walker (knee soreness) — and based on how he can run the floor on the offensive end while altering Orlando’s offense, he has a good chance at winning the starting spot on opening night. Theis has been Brad Stevens’ best big man in terms of producing on both ends.

Tatum’s 15 points on 6-of-15 attempts led the way while Smart finished with 14 points and Jaylen Brown added 11 on 5-of-8. Brown dominated in transition, attacking the rim every chance he could and weaving through defenders.

Boston’s defense scored 31 points off of 21 Magic turnovers and most importantly never gave Orlando a chance to pull close. The number of turnovers is a testament to how committed the Celtics were on defense, as a team from top to bottom — every player appeared to be dialed in as they made defensive stops after defensive stops.

Next up, the Celtics will head back home for a Sunday matinee matchup against the Cavaliers at TD Garden Sunday.