Celtics Expected to Win Series vs. Bucks with Khris Middleton Out

Boston will take on Milwaukee in the second round of the NBA Playoffs. 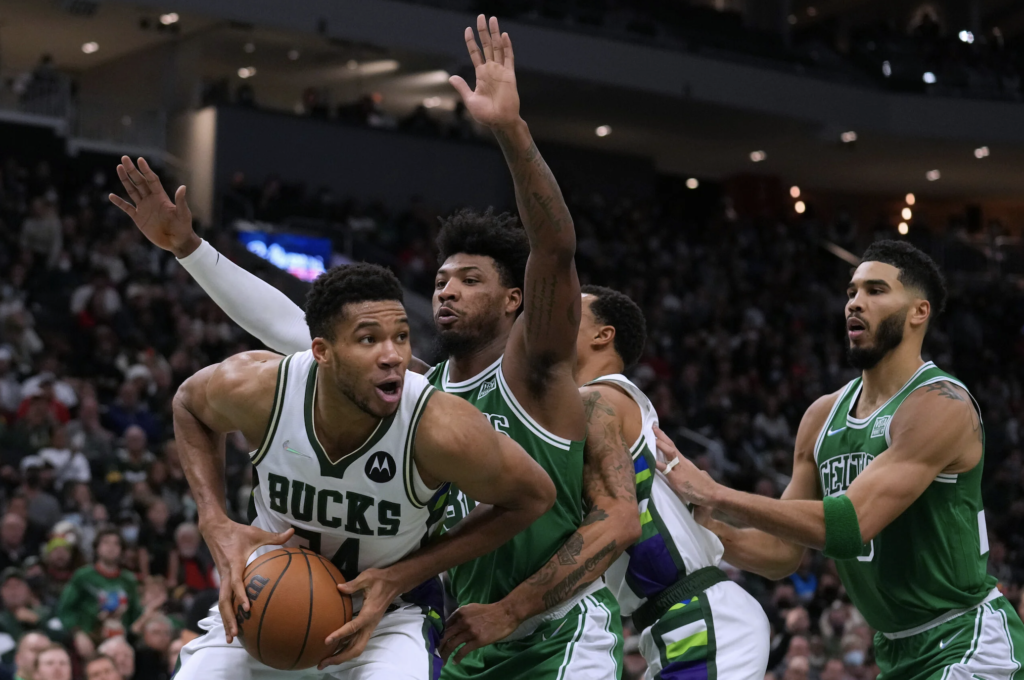 The second round of the NBA Playoffs is set – for the Celtics anyway.

After pantsing the Nets, Boston will take on the Milwaukee Bucks for a chance to play in the Eastern Conference Finals. The series kicks off from TD Garden on Sunday at 1pm.

The Bucks smothered the Bulls four-games-to-one in the first round, with three of their four wins coming by 16+ points. They didn’t, however, win without sacrifice…

All-Star wing and their second best player Khris Middleton sprained his MCL in game two vs. Chicago. He is not expected to play in the second-round against the Celtics according to Shams Charania.

The left MCL injury of Bucks All-Star Khris Middleton is a Grade 2 sprain and he is expected to miss the entire second-round series vs. Celtics, sources tell @TheAthletic @Stadium. The recovery of Grade 2 MCL places a potential Conference Finals in jeopardy for him as well.

This will help Boston’s chances to beat the Bucks – and it certainly had an effect on the series price. According to BetOnline.ag, the Celtics are relatively heavy favorite to advance. Here are the prices:

We’ll have you covered all series on Celtics All Access thanks to the Garden Report. Check out CLNS Media’s Bobby Manning’s preview of the series HERE:

Milwaukee is armed with arguably the best player in the league in Giannis Antetokounmpo. The 2x-MVP, 6x All-Star, and 2020 Defensive Player of the Year just won his first NBA Championship last season with Milwaukee, and is hungry for another.

Boston has quite the challenge ahead of them. The Bucks are talented, seasoned, can be lights out from three, and handling Giannis is no easy task. Ime Udoka is going to have to draw up quite the scheme for his lead-leading defense to both tame the Greek Freak and limit their shooters from getting hot.

Having Robert Williams back is going to be instrumental for the Celtics. His size and defensive ability should help them mitigate Giannis down low and allow guys like Smart, Tatum, and Brown to worry handle the wing shooters. I’m excited to see what they come up with.

Prediction: It won’t be easy, but Boston (-195) gets by Giannis and the Bucks and advance to the Eastern Conference Finals.