The Boston Celtics bullied the New Orleans Pelicans 117-109 Friday as Jaylen Brown flirted with a triple-double. 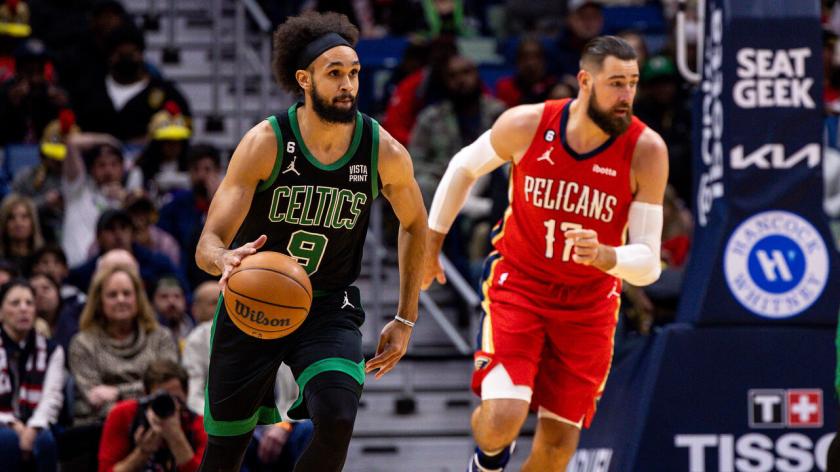 The Celtics dominated for much of this game, never trailing after the nine minute mark in the first quarter despite New Orleans pulling within six points in the second half. Boston nearly squandered a 19-point advantage.

But Jayson Tatum posted a season-high 10 assists as he took the facilitator role with Marcus Smart still injured. Derrick White chipped in with a season-high six three pointers as the Celtics once again outshot the competition from beyond the arc, this time posting a +21 point differential from deep.

The Celtics’ defense continued to show signs of growth as they have now allowed fewer than 110 points in consecutive games for the first time this year. Boston defended without fouling, allowing 13 free throw attempts and holding the Pelicans to seven offensive rebounds. New Orleans had averaged 12 per game.

Tatum has now posted 19 points in consecutive straight games, which makes the team’s success feel even more impressive. They can dominate when their best player is not cooking.

The Celtics will play for their 10th straight win on Monday in Chicago.