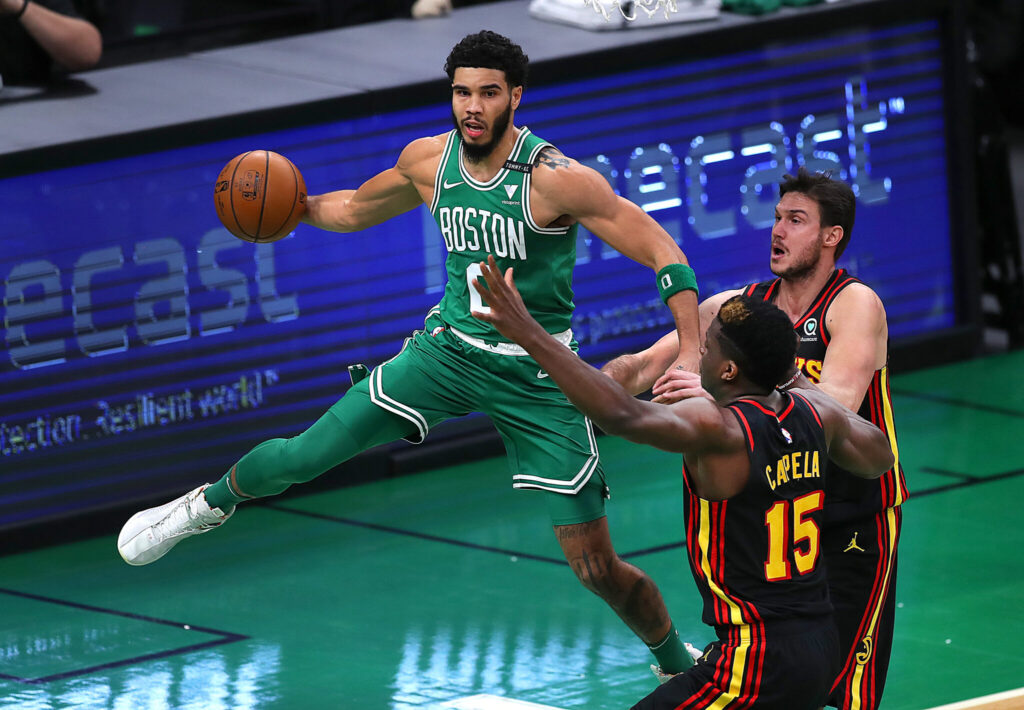 Jaylen Brown is questionable as he continues to battle knee tendinitis. Kemba Walker and Daniel Theis will return after the C’s ran a starting lineup of four wings and a center, before stretching to Jeff Teague minutes as the entire team plummeted into foul trouble on Wednesday. Marcus Smart (calf) and Romeo Langford (wrist) remain out.

According to the online sports book Betonline.ag, the Celtics are 4.0 point favorites

Trae Young, John Collins and Clint Capela carved up the Celtics interior in what amounted to one of the worst defensive performances Boston submitted all season in Wednesday’s loss, allowing Atlanta to convert 25-of-33 at the rim. The rock bottom point for Boston’s interior defense plunged them to 29th in opponent shooting within five feet at 64.7%.

Capela started the game 9-of-11 from the field and Collins hit 4-of-5 in the first quarter on back line cuts. The Hawks’ shooting, pick-and-rolls and movement decimated Boston, along with eight offensive rebounds.

The Hawks struggled to slow Jayson Tatum in their own right as he led the Celtics from down 13 to within four in the final seconds of the fourth quarter. Brown struggled at 6-of-20 from the field, but Atlanta sent the Jays to the line 19 times. Elsewhere, Boston’s offense stalled once Semi Ojeleye, Aaron Nesmith, Grant Williams and Payton Pritchard provided inconsistent returns on catch-and-shoot looks.

Boston went zone, tried Teague twice on Young in the second half, they hacked Capela and tried nearly every wing they had in rotation. None of it worked.

Walker and Theis project to help the Celtics chase the Hawks into the 120s again. Neither solves the Young-Capela concerns and fouling problems that plagued the Celtics on Wednesday.

The Celtics haven’t fallen below .500 yet during their inconsistent start to the season and their shooting returns swaying have played a big role in that. If Boston drilled as few more open threes and didn’t get blasted during the Teague stretch in the fourth quarter, they would’ve been in position into the final frames of the quarter.

It wouldn’t be stunning to see Brad Stevens turn back to double-big to bolster their offensive rebounding advantage and clog the paint up on defense. Walker is a solid positional defender who won’t slow Young, but foul less and not allow the C’s to get burned on the roll as badly.

Theis is an adept pick-and-roll defender too. Tristan Thompson pointed to positioning by guards and forwards as the biggest issue on Wednesday.

This will be another possession-for-possession game. The Celtics are in a much better position to win that kind of game with two starters back. Unless Brown sits, then this is another loss.