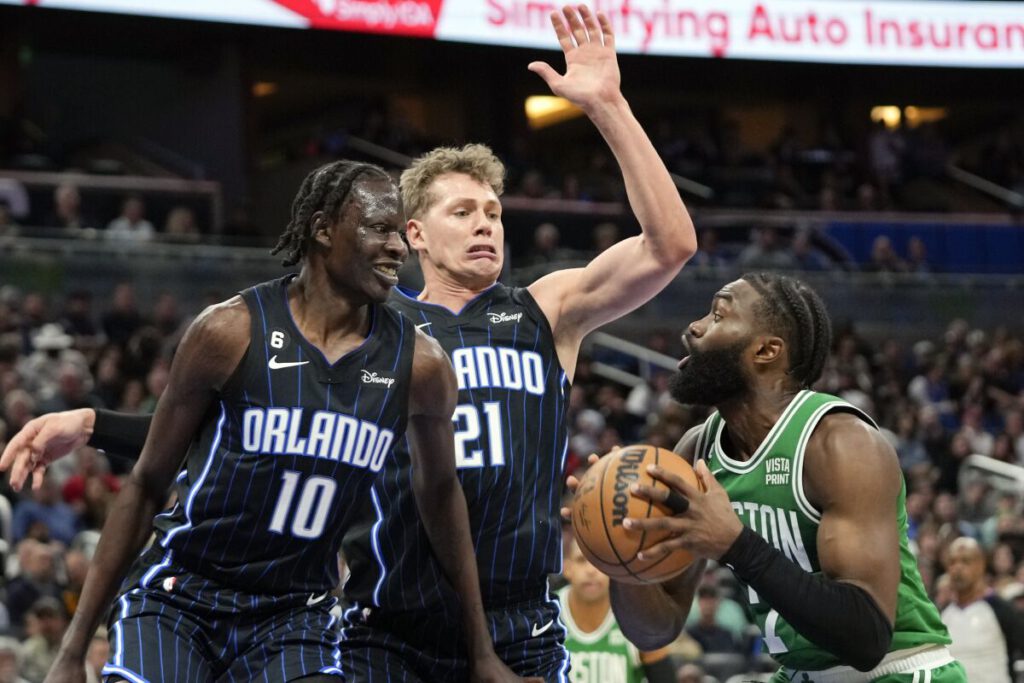 “They were physical,” said Joe Mazzulla postgame. “They had an edge to them, and I thought they played really well.”

"It says more about Orlando. The way they played tonight." — Joe Mazzulla on losing to Magic

The Magic also brought the intensity on the defensive end, using their length at every position to force turnovers and create sloppy offensive possessions for the Celtics.

“A lot of that’s on me, just being nonchalant, and Orlando took advantage of that” said Jaylen Brown. “They’re an unorthodox team to play against. They cover ground any time you get to the basket, and long arms make those passes tough. It’s a tough team to play against.”

"A lot of that's on me just being nonchalant ." — Jaylen Brown on turnovers and loss to 'unorthodox' Magic team

Brown had a strong offensive showing otherwise, dropping 26 points to match Jayson Tatum on the night. Other than them, the Celtics struggled to find scoring elsewhere. Sam Hauser — back in the rotation after multiple DNPs the past few games — ended with 13 and looked good shooting the ball. Aside from him and Derrick White, no other Celtic had more than six points.

“It sucks that we lost, but it was good to be back out there,” said Hauser. “Not playing the last couple of games motivates you to work harder, and when you get your chance you don’t want to take it for granted. I think I did that pretty well tonight.”

Sam Hauser: "It was good to get back in the rotation."

The game was back and forth until late, when the sustained energy by Orlando caught up to the Celtics. They nearly came back early in the fourth after some big shots from Hauser, but the Magic were able to answer and eventually cruise to a victory. The Magic also generated far more offense out of their bench, most notably from Cole Anthony and Jonathan Isaac, who played his first game since his August 2020 ACL injury.

The Celtics will look to start another win streak tomorrow at Miami.