Celtics Open as Favorites in First Round Matchup vs. Brooklyn Nets

Boston needs to get past the daunting Nets if they want to make a title run. 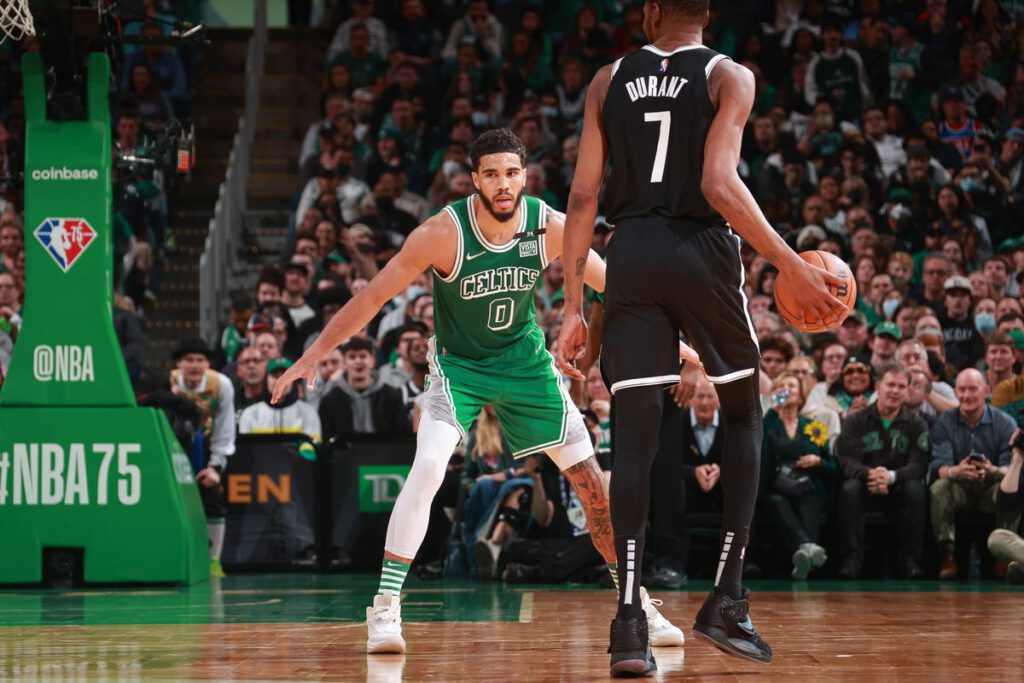 So it’s Boston vs. Brooklyn in round one. With the help of their superstars, the Nets took down the Cavaliers in Tuesday night’s play-in tournament 115-108. They now advance to the first round where they’ll take on the Celtics.

Game one will tip off at 3:30pm on Sunday from Boston’s TD Garden. It will be broadcast on ABC.

According to BetOnline.ag, the Celtics should win this series. They opened as favorites against Brooklyn. Here are the series prices:

On Tuesday, I gave my four reasons why the Celtics will win the NBA Finals (READ HERE). This was – of course, assuming that Brooklyn was going to get by Cleveland and matchup against them. Now that it’s real – Boston has a serious task ahead of them.

Boston is +375 to win the Eastern Conference and +700 to win the NBA Finals according to our friends at @betonline_ag 🏆@mikekadlick gives his Four Reasons Why the #Celtics are poised to win their first title since 2008 HERE ⬇️@CLNSMedia @CLNSBetting https://t.co/YaggLmSIOO

Despite the Nets finishing the season just 44-38, they are loaded with star power and can turn it on at any moment. Last night Kyrie Irving went for 34 points on 12/15 shooting, 10/10 in the first half. Teammate Kevin Durant went for 25 points and 11 assists.

Couple this with Ben Simmons potential entrance into the Brooklyn lineup and Boston could have their hands full. The two-time All-Defensive first teamer won’t have to take a single shot and could still give the Celtics fits.

The biggest storyline in this series is the Kyrie Irving/Boston Celtics saga. After telling the Boston Garden fans that he would re-sign with the team, Irving fled for the Nets after a tumultuous end to his Celtics tenure. Though he remains close with several of his former Boston teammates, the beef between Irving and the fans is still alive and well – and they’re bound to give him an earful this series.

This is going to be an awesome series. The Celtics are the hottest team in the Association going up against Goliath, with storylines and drama wrapped in every step of the way.

Prediction:  Though it isn’t going to be easy, I think Boston handles their business. Take the Celtics (-130). They’ll win it 7.