The 76ers will travel to Boston for an 7:30pm tipoff against the defending Eastern Conference champions. 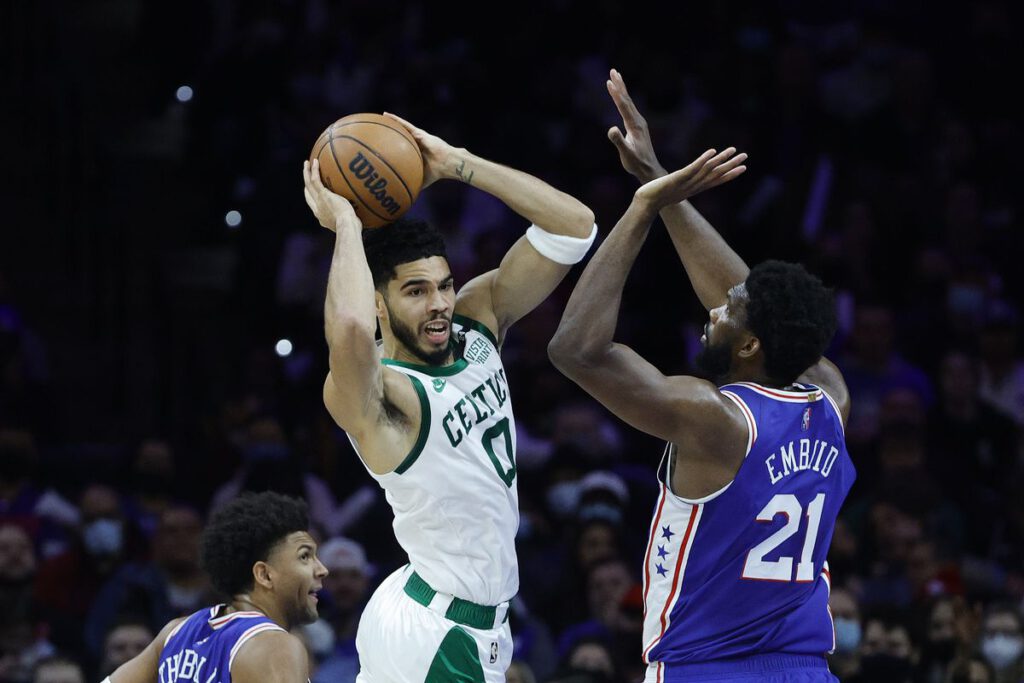 The NBA released it’s 2022-23 schedule on Wednesday, and the Celtics officially have their path carved out for another shot at the NBA Finals.

Boston, who established their self as an upper-echelon NBA team last season, will play the Philadelphia 76ers on opening night at the TD Garden. The game will tip-off at 7:30pm and air on TNT. They’ll be followed up by the Lakers and Warriors at 10:00pm, also on TNT.

Our exclusive wagering partners at BetOnline.ag already have the lines out for both opening games. Here are the odds:

This Celtics team has been the center of attention ever since they lost game six of the NBA Finals to the Warriors back in June. Almost instantly, the story went from “team on the rise” to “can they ever get over the hump?”

With rumors of a Kevin Durant-Jaylen Brown centered trade surfacing a few weeks ago, Boston continues to be the epicenter of the NBA world.

After making moves to acquire point guard Malcolm Brogdon from the Pacers and wing scorer Danilo Gallinari from San Antonio, Boston is now the title favorite in 22/23 at +400 according to BetOnline. Imagine what it would be if they brought KD in?

I ultimately think they’re going to hang tight. They have all the leverage they’d want in the potential movement of Durant, and like I mentioned a few weeks ago, a lineup of Smart-Brown-Tatum-Horford-Williams with Brogdon, Gallinari, and White off the bench can win a title if the chips fall the right way.

Now for the fun stuff. Here are my way-too-early predictions and picks for NBA opening night:

As much as I love the NFL and football season – the Celtics are the best team in Boston. The NBA season can’t come soon enough.