The Celtics pulled off the biggest win in NBA Finals history by a team trailing by double digits, swinging from down 12 points to up by as many as 15 points late. 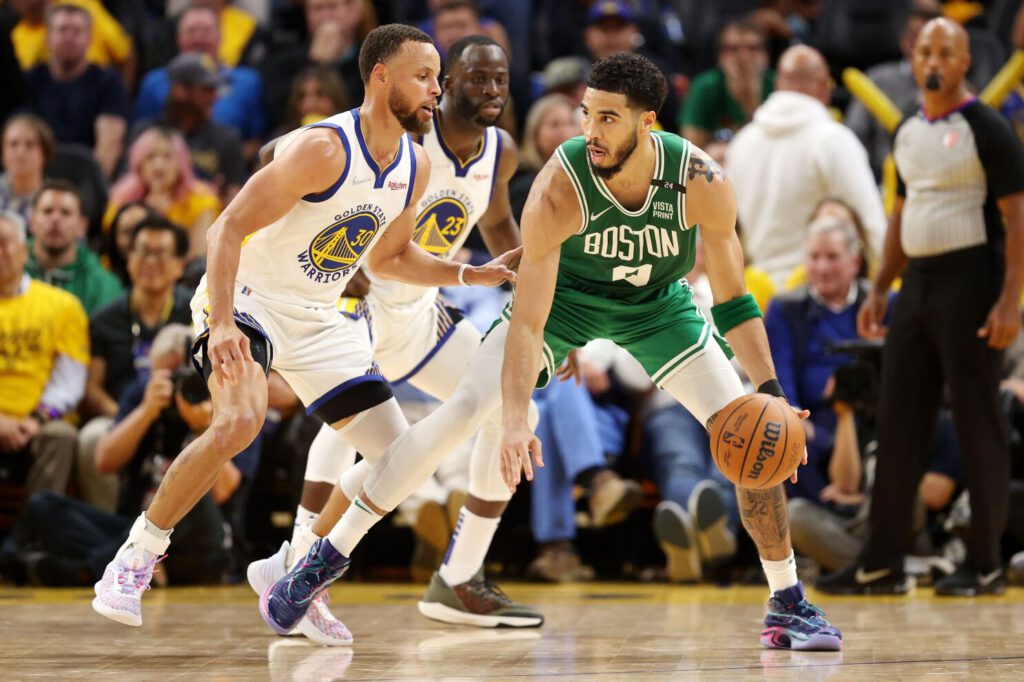 SAN FRANCISCO — The Celtics swung the opening game of the NBA Finals by 27 points in 11 minutes into the 4th quarter after going down by 12 points through three. The historic night started with six Steph Curry threes over a Celtics defense that didn’t seem ready to guard Golden State’s screens and movement. The Warriors got sloppy into the second quarter with seven turnovers and the Celtics kept the game close, tightened up the defense and only allowed one more Curry triple the rest of the way. Andrew Wiggins and Kevon Looney maintained Golden State’s lead after halftime, but it all collapsed in the fourth. Jayson Tatum overcame a poor shooting night on the way to 13 assists, a Finals debut record. Al Horford buried his threes and scored 26 points, as did Derrick White adding five shots from deep. Boston hit 21 threes and capped another active offensive night resembling the kind they put together late in the regular season. Now, they’re three wins from a championship.