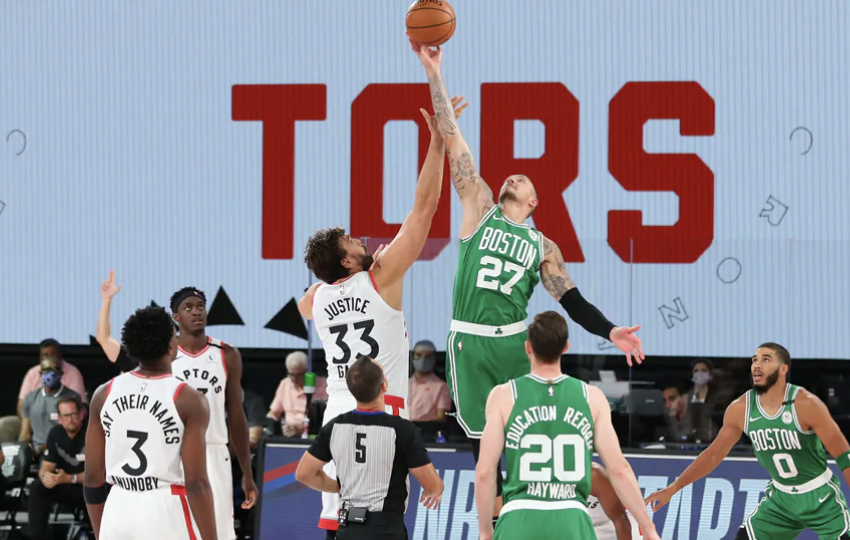 Both the Raptors and Celtics start their second round series amid ongoing first round games one week after wrapping up their respective first round sweeps.

The Celtics, who wrapped up the 76ers one week ago today, will continue to play without star forward Gordon Hayward.  Hayward is expected to miss the entirety of this series with his ankle sprain. Patrick McCaw remains out for Toronto with a knee injury, while Kyle Lowry is available for Game 1 after also spraining his ankle in round one.

The Raptors are favored heading into Game 1. The online sports book Betonline.ag has Boston as 2 point favorites on Sunday, with an over-under of 217.5 points.

Favorites remain the favorable bet even without home court in the NBA Bubble. They’re 79-44 overall in Orlando, with a 65-57-1 record against the spread as of Aug. 26.

Toronto plays drop defense with Marc Gasol on the floor much like the 76ers did. The difference is they’ll switch to zone, occasionally hedge screens and scramble to over help on drives. They’re quite possibly the best defense in the NBA and boast a scorching 18.8 points per game in transition which led the league.

If you missed it, they’re also the defending champions and matched their greatness from last season in the wake of Kawhi Leonard’s departure. Fred VanVleet, Serge Ibaka and Terence Davis all enter shooting better than 50% from three in the postseason, while their bench set a NBA record with 100 points in Game 4 against Brooklyn. They’re deep, loaded with wing talent and are excellently coached. The biggest question: Can they match Boston’s top-end talent? Pascal Siakam shot 42% from the field in round one and Lowry is hurt.

The Celtics shoot their way to a Game 1 win. It’s the critical game to set a tone in the series, Boston keeps its rotations tight and receives enough bench contributions from the likes of Brad Wanamaker, Enes Kanter and Robert Williams to stay close throughout the game.

In crunch time, the Celtics have plenty of shot makers that vaulted them to the top spot-up shooting position in the east this year and Jaylen Brown’s Bubble surge gives Boston enough firepower offensively to grab a game. This series will not be a walkthrough, and I’d expect seven games minimum.