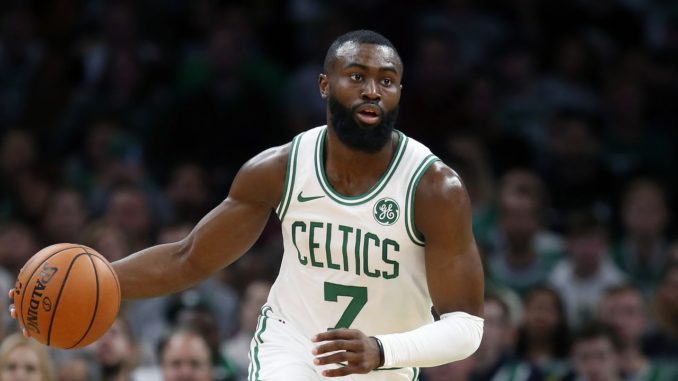 Celtics president of basketball operations Danny Ainge is hoping to try to keep Jaylen Brown in Boston for the foreseeable future.

The Celtics have reportedly offered Brown a four-year, $80 million contract extension, according to Yahoo Sports’ Chris Haynes. Brown, who recently hired his first agent — Jason Glushon — ahead of the NBA’s October 21 deadline for rookie contract extensions, is expected to continue negotiations and could end up playing out the final year of his deal before entering free agency in 2020.

According to a league source, Brown is seeking a larger offer. Still, he says it isn’t something he’s losing sleep over, and believes it will not affect his play on the basketball court.

If Brown ultimately decides to he wants to see what next summer has to offer, he could end up receiving one of 2020 free agency’s most lucrative offers. If Brown decides to commit to the Celtics prior to next week’s season opener, he would also become the first Celtics player to receive a rookie contract extension since 2009, when Rajon Rondo signed his extension.

There’s a great chance Brown will command more than $80 million on the market next summer, meaning he will probably wait it out. Unless the Celtics’ offer changes, it would probably be in Brown’s best interest to hit free agency.

The Celtics will have the right to match any team’s offer in 2020 if he decides to test the waters since Brown will become a restricted free agent if no agreement is reached by October 21.