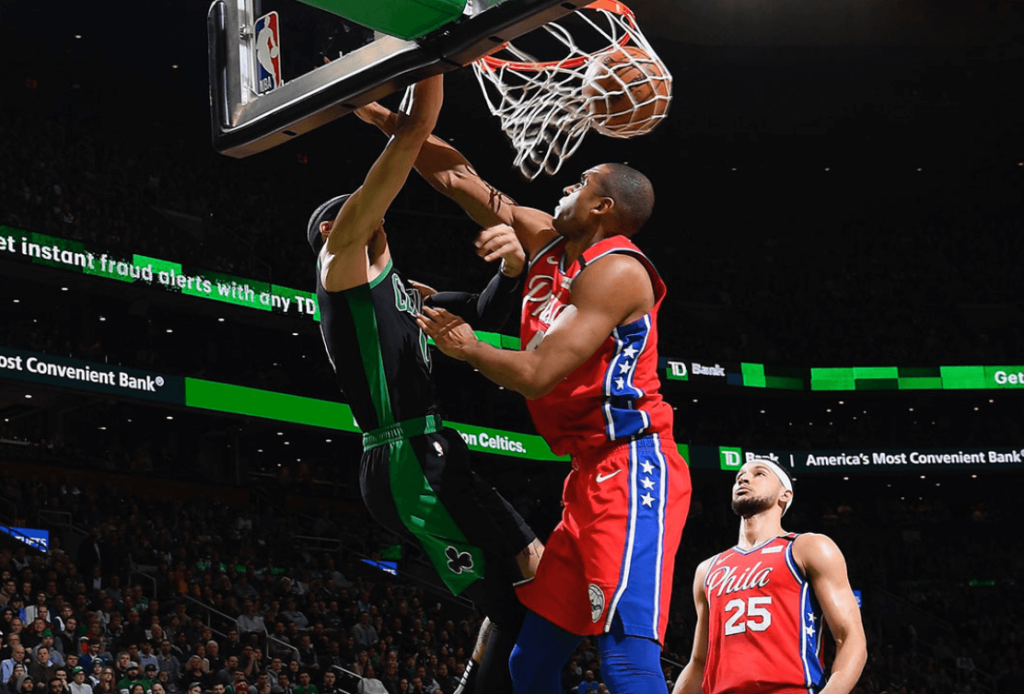 BOSTON – The Celtics came into Saturday night’s Super Bowl eve showdown with the Sixers having lost all three previous meetings this season.

But if one game can completely turn the emotional tide between two teams that very easily could meet in the first round of the Eastern Conference playoffs, the 116-95 beatdown that Jaylen Brown, Jayson Tatum and the Celtics put on Ben Simmons, Joel Embiid and the Sixers certainly did the trick.

The Celtics, playing without their starting point guard Kemba Walker and big man Enes Kanter, had a point to prove and did so from the opening tip.

There were throwdowns, like the one that Tatum had on old friend Al Horford and the one Jaylen Brown had right down the middle of the paint. There were undressing crossovers like Brown on Matisse Thybulle in the third quarter.

“Yeah, we talked a lot, if the ball gets into the operating area too deep against these guys it’s hard because they’re so big and strong, and we saw a few examples of that tonight, specifically with (Ben) Simmons getting us on some actions,” Brad Stevens said. “But I thought our guys really tried to pressure as well as they could and push things out. And we were also fortunate; I thought the start of the third quarter neither team was playing very well and we were just fortunate to hit a few more shots at that moment than they did.

“They got some open ones, so, that’s usually when you look back – there’s usually a little bit of two tales there.”

The Sixers gave up. And the Celtics did what a team sensing a mentally weak opponent should do, they took advantage most of the night and put away a team that will never compete for an NBA title as currently constituted.

It was Al Horford’s return to Boston after missing the first game on Dec. 12 and even he looked nervous and out of sorts at the start of the game, missing layups and firing up an airball on his first three-point attempt. He finished with just four field goals in 11 attempts. It was even worse for Joel Embiid, who looked disengaged and disheartened all night. Perhaps the discouraged look on his face came from the Celtics defense that held him to 1-for-11 from the field.

How did the Celtics limit the two twins towers of Philly?

“That’s a good question; I think – you know, (Embiid’s) not going to do that,” Stevens insisted. “He’s not going to have that kind of night very often. He’s an unreal player. And obviously we have the utmost respect for him. And I thought (Daniel) Theis played as hard as he could, but you can play as hard as you can against that guy sometimes and the ball goes in and there’s not much you can do about it from a physical standpoint. We’re just trying to make it as hard as possible, but probably more one of those nights from him than – than anything special that we did.”

Brett Brown is coaching from a significant disadvantage. He is forced to play Ben Simmons at the point and put the ball in his hands as he tries to run the offense through a player deemed one of the two most important on the roster.

Brown admitted after the game his Sixers are not in a good emotional place right now.

“You know, I don’t really know,” said a perplexed Brown. “I give credit tonight to Boston’s physicality. We didn’t – he didn’t start the game well with turnovers. I think we had seven in the first period, he had four of those, and they came at him. They came at him off the dribble. I think they were physical with him with a crowd. We just didn’t start well with him. He had the first basket and after that I don’t believe we did as well a job as we need to do to get him the ball.”

How much of a problem was spacing, versus just not getting open shots? The Sixers had their chances because Boston’s shooting wasn’t spectacular but Boston was getting nearly every loose ball and every contested rebound.

As for the Celtics, they’ve had a very, very impressive week. After losing to Zion Williamson and the Pelicans on Sunday night, they have rebounded to beat the Heat in Miami (just the third visiting team to do so this season), the Warriors on Thursday and the Sixers on Saturday night.

Saturday night said just as much about the Celtics without two key players as it did the obvious weaknesses of the Sixers.

Remember what the Celtics did to the Sixers Saturday night. The most recent meeting might be the most important between these two ancient rivals, if indeed they match up come April or May in the Eastern Conference playoffs. And the physical beating the Celtics put on Embiid and Horford would likely be what Brad Stevens and his coaching staff tell his players to do.

The Sixers showed Saturday, by their own admission afterward, that they’re not at the stage where they can take a physical beating while fighting back. If you want one big reason why these Sixers are likely going nowhere this spring, remember how they wilted against the Celtics Saturday night.