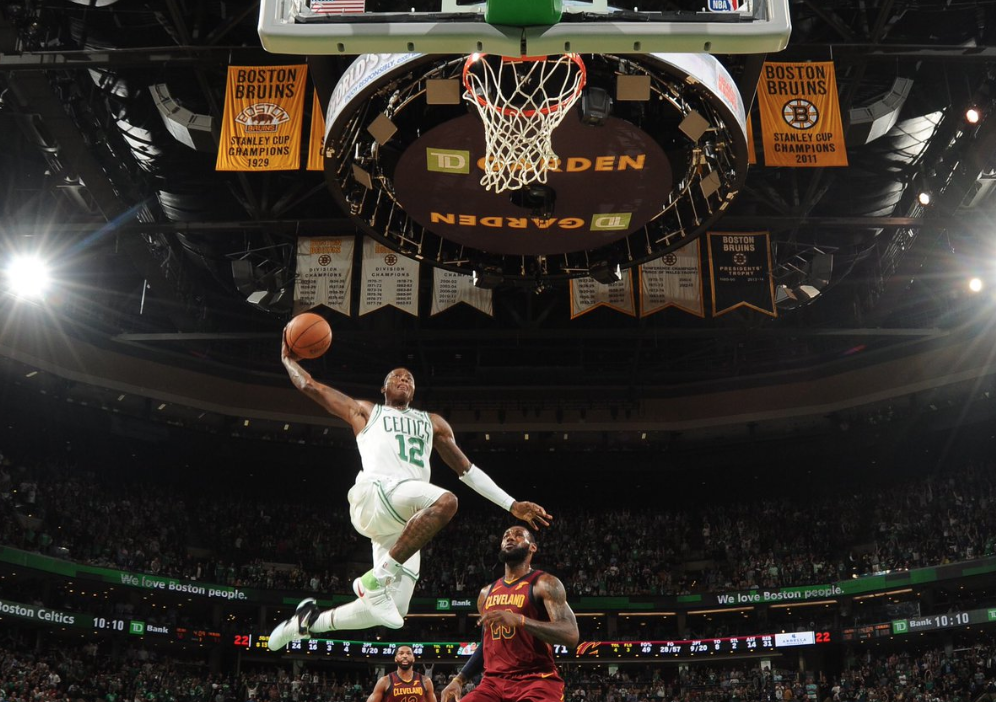 BOSTON — The Celtics certainly proved they could take a punch Tuesday night.

After withstanding the early heavyweight punch of LeBron James that Brad Stevens predicted, the Celtics delivered a TKO of their own in a 107-94 win in Game 2 Tuesday night that puts Boston up 2-0 in the Eastern Finals and just two games from the NBA Finals. The series now shifts to Cleveland for Games 3 and 4 Saturday and Tuesday.

James finished with a triple-double (42 points, 12 assists, 10 rebounds) but Terry Rozier led a second-half rally from an 11-point first-half hole and Marcus Smart made countless hustle plays to help the Celtics withstand a late surge from Cleveland.

Click here for a full box score of Game 2.

It was all LeBron James in the first quarter, as he tallied 21 points on 8-of-13 shooting, including four 3-pointers.

But the rest of the Cavaliers were mainly standing around watching him, as the Celtics weathered the heavyweight punch that Brad Stevens forecasted after Game 1. The Celtics trailed by only four, 27-23, after 12 minutes.

As they did in Game 2 of the series against Philadelphia, the Celtics overcame a double-digit second quarter deficit. Instead of closing the first half with a flurry and taking advantage of James’ absence for two minutes, the Celtics mounted their comeback in the third quarter with an avalanche of threes from Terry Rozier, Marcus Morris and Marcus Smart.

Boston outscored Cleveland 36-22 in the third quarter to take an 84-77 lead into the fourth.

Semi Ojeleye connected on a pair of free throws to open the fourth and Greg Monroe added a layup with 11:14 left and Boston’s lead ballooned to 11, 88-77.

The Cavaliers cut the lead to six, 95-89, when LeBron James connected on a 17-foot pull-up jumper with 4:42 left. But then the Cavaliers fell apart.

After Horford converted a pair of free throws for a 97-89 lead, he had a breakaway and was shoved from behind by JR Smith, who drew a flagrant 1 foul and a retaliatory shove from Marcus Smart. The raucous crowd then serenaded Smith with “F#$K YOU JR” chants while the play was under video review. The 8-0 Boston run put the game on ice.

The Celtics blew out the Cavs the rest of the way.