Challenges in the Age of Information, Reality & Mass Communication 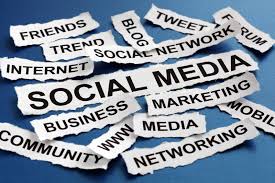 The communication revolution has taken its place in the annals of history.  The question still remains for many: What to do?

On face value, there are many challenges and obstacles for anyone who takes part in the field of communication in the digital realm.  Stating the obvious, none having more of an impact than the light-year increase in a variety of technological enhancements.

This in turn has produced endless repercussions and domino effects where there’s not enough space on the internet to list.  Some are concrete: The supply of various commodities and content has exponentially increased — the world is of no shortage of opinions about sports, for example — which there in turn painfully (for some) has decreased the demand.

Others are abstract.  For one, empowering a plugged-in society with communication mediums has eradicated the line between mainstream and alternative sources of information, which has its own goods and bads.

And others fall in to some can’t-physically-nor-analytically-prove-yet-nonetheless-it’s-there category: the evolution of the ‘Reality Era,’ which is not only continuing to reshape our real-world presentations of ourselves, but our own collective values.

This space could go on for eternity.  So quite simply, what to do?

If an individual or any entity is willing to admit a degree of ignorance and ask that very question — well then, congratulations.  That’s half the battle.

Many others still choose to analyze and complain on the sidelines of history, berating the democratization (and, dare we say, socialization) of media or even outright accept defeat.  At this point, one should realize that immensely valuable time should not be wasted on worrying about justice nor ideals, certainly not in this rapidly changing field.

On this end, one of the network’s greatest challenges is not only appropriating and allocating the necessary time for internal audits, reflections and reviews from everything to equipment to practices and techniques — but to consistently be willing to wage war with ourselves to ensure that we’re willing to detach psychologically from previously (and even recently) successful tactics as well as emotional attachments to personalities.  Loyalty both to people and ideas is a vice, not a virtue.

Certain and more direct courses of action are available all depending on the person or organization.  While many alphabet letter networks generally don’t have to concern themselves with standing out amongst the crowd of 300 million journalists, they do have to do a lot more than worry about all the resources they’re flushing down the toilet paying for dead means of distributing their products and content.  And to top it off, even as more and more advertisers and cable subscribers flee from their very own obligations.

However, the following are must-takes that can aid, but not solve, all varieties of challenges.

If one immerses themselves with the present, constantly adjusting to any shifts in technology or communication mechanisms — that allows for survival and to even flourish.  Many have paid the piper who disregarded the social media revolution a decade ago or the rise of digital audio/video on alternative sources and mediums.

…far more importantly, in becoming in tune with what is acceptable, and may even work and succeed in the reality.