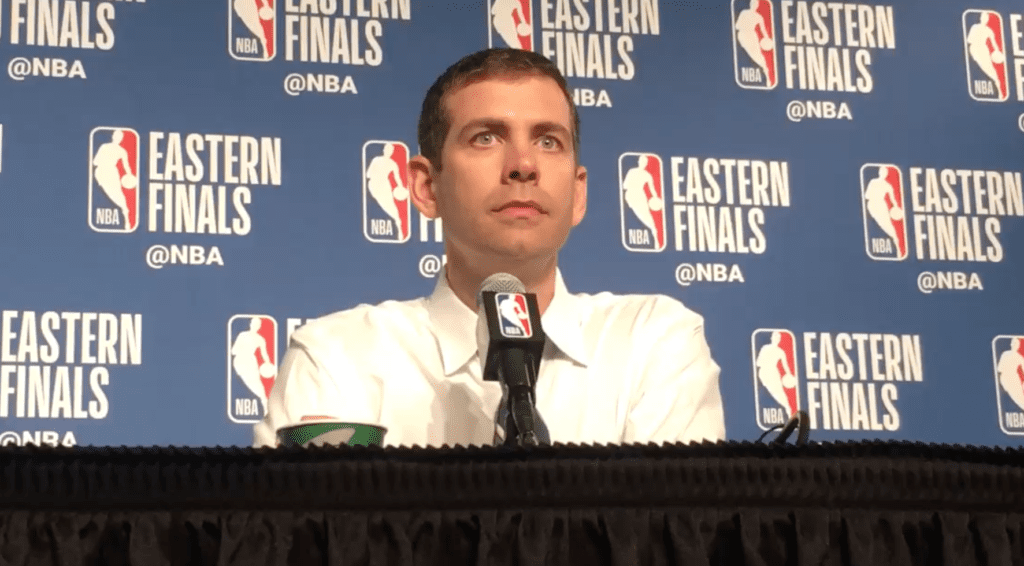 Brad Stevens is not worried about his young team embracing the big moment Sunday night. Not in the least.

“I just thought we did a lot of good things (Friday) that we can build off of,” Stevens said in the wake of the 109-99 loss in Game 6. “Just like we said all year, (Sunday) it’s not going to be perfect. You just go in there, you compete, you play as
hard as you can and let the chips fall where they may. You just have to have perfect intentions.”

In addition to offensive stagnation and allowing too many offensive rebounds, the Celtics were not great at the foul line in Game 6, going just 11-of-20 from the stripe.

“I never worry about the foul shooting numbers,” Stevens said Saturday. “These guys put in a ton of time, they’re good foul shooters generally. When you make them — you know, obviously there’s always going to be times where you have nights like that, but
we’ve been a good foul-shooting team all year. I don’t worry about it. I just want us to play aggressively and get there.”

On the court after the game, LeBron James told ESPN’s Doris Burke that “Game 7” are the two best words in sports. Stevens is entering his third Game 7 as Celtics coach, with a 2-0 Game 7 record, beating Washington last year and Milwaukee this year. Both were on the TD Garden home court.

“I remember obviously as a kid, you always paid closer attention to Game 7,” Stevens admitted. “I’ve had a chance now to be in a couple here in Boston, and I think it’s really important, again, that we focus on the task at hand and try to play our best,
try to play with great togetherness, great competitiveness, and enjoy that.

“You know, I think that’s one of the things that I don’t think has been lost on this group throughout its entire journey, before the playoffs and now, is we have fun. Like we’re going to go out and compete, but we’re going to enjoy playing the game that we love. You know, that makes it even more fun to be around these guys.”

One thing Stevens is sure of is the electric atmosphere of the TD Garden crowd.

“I don’t think there’s any question about that,” Stevens said.