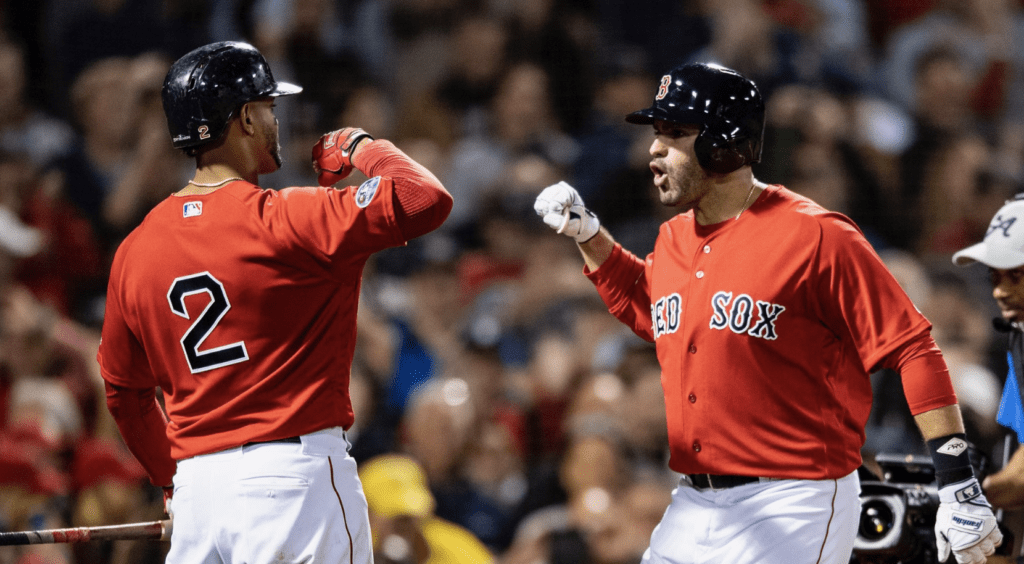 BOSTON — Unfortunately for the Red Sox, MLB has not yet adopted the suggestion by some that they shorten games to seven innings.

If they did, they wouldn’t have to worry about their ace only going 93 pitches of Game 1 of the ALDS against the Yankees and exposing the single biggest weakness on the 108-win team.

But as it was Friday night, Chris Sale, dominant for the first five innings, could only get one out into the sixth with a 5-0 lead before Alex Cora felt it necessary to summon Ryan Brasier, Brandon Workman Matt Barnes and Rick Porcello out of the pen.

The result was a rollercoaster ride that nearly went off the tracks in the sixth and seventh innings. The Red Sox survived the suddenly revived Yankee bats, which produced two in the sixth but only one in the seventh after they loaded the bases with none out against Workman.

“We made some pitches,” Cora said. “Workman with the big strikeout (of Gleyber Torres to end the sixth), Barnes did a good job. Rick coming in and giving us two and then Craig got us four. It’s about getting 27 outs. Having the lead. And we did it.”

The Red Sox beat the Yankees, 5-4, in Game 1 when Craig Kimbrel recorded the final four outs, surviving a solo homer to Aaron Judge in the 9th that made it a one-run game.

This game very much had the feel of a postseason hazing for Cora, who opened himself up to all sorts of second-guessing with the move to pull Sale after only 93 pitches and taking out the effective Rick Porcello in the eighth to a chorus of boos from the angry Red Sox fan base.

Craig Kimbrel managed to get Andrew McCutchen to fly to right to end the eighth with Gleyber Torres at first.

So much was made – and justifiably so – of the Yankees ability to bludgeon opposing pitchers after an MLB-record 267 homers in 162 regular season games.

The Red Sox wanted – and needed – to make a statement early in the series that they have the firepower to hang with the Yankees.

They wasted no time doing so.

Chris Sale struck out the side in the first inning, including strikeouts of Aaron Judge and Giancarlo Stanton, who would fan four times on the night.

After J.A. Happ struck out Mookie Betts to open the bottom of the first, the Red Sox unleashed their offense. Andrew Benintendi singled to left and Steve Pearce walked. J.D. Martinez took a reasonably well-placed two-seam fastball down and in and dropped the barrel of the bat on it.

He turned and when he did, the ball took a line drive path for the first row of the Monster seats, where a fan made a nice glove catch of the 3-run shot that made it 3-0 Boston.

It was the perfect start in front of a crowd of 39,059 that had waited through 108 regular season wins to see what this team could prove in the postseason. Faced with the prospects of facing their arch-rivals in the playoffs for the first time since their historic 2004 ALCS comeback, the Red Sox did exactly what they set out to do.

The Red Sox were cruising until Sale entered the sixth. That’s when everyone inside Fenway and watching on TV around the globe saw the glaring Achilles with this team. Sale opened the sixth with 84 pitches and eight strikeouts. But Cora’s attitude clearly changed with Aaron Judge opened with a line drive to center field for a single. Following a force out by Brett Gardner, Stanton drilled a single to center on Sale’s 93rd pitch and Cora had seen enough.

And that’s when the adventure began. Ryan Brasier and Brandon Workman would get tagged for a pair of runs before Workman’s whiff of Torres with the bases loaded to end the rally.

The Red Sox had just enough power Friday night in the arms of Sale, Porcello and Kimbrel and a 3-run homer from Martinez. Now it’s up to David Price to step up and face his Yankee demons Saturday night.

As we were reminded Friday, power comes in many forms and with these Red Sox, it’s Sale, David Price and Craig Kimbrel on the mound and J.D. Martinez, Mookie Betts and Xander Bogaerts.

Friday night in Game 1, the Red Sox had just enough of both to survive a shaky bullpen and a manager navigating his first postseason game.