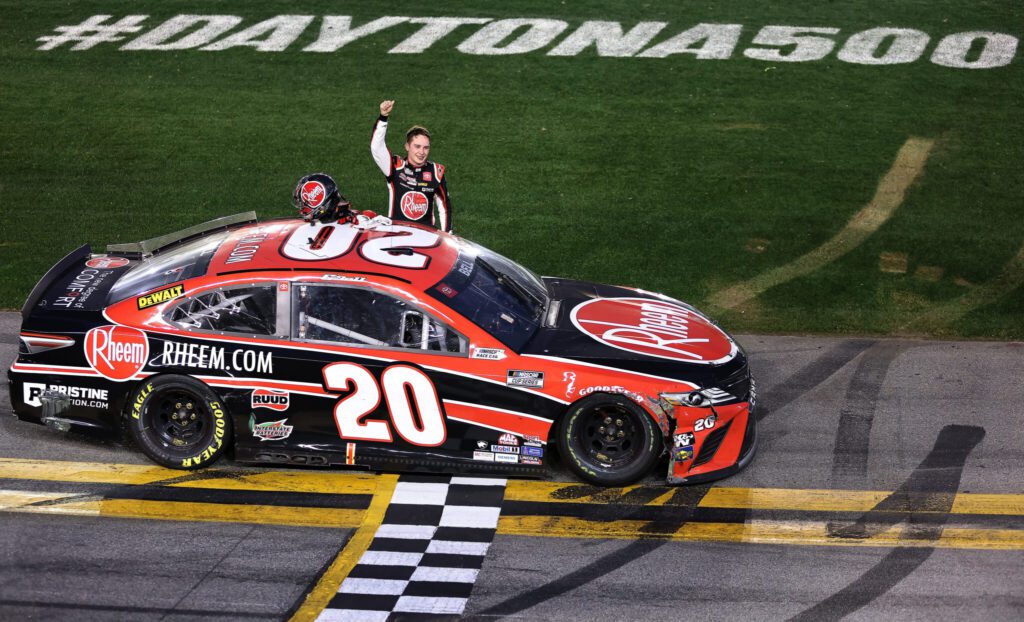 Christopher Bell picked up his first career victory in the O’Reilly Auto Parts 253 from the Daytona International Speedway Road Course on Sunday afternoon.

Bell erased Joey Logano’s three-second lead in the closing laps and was able to make the winning pass in the chicane coming to the white flag.  Bell pulled away over the final lap, and he picked up his first victory in just his second start with Joe Gibbs Racing.

Bell pitted for tires under one of the final cautions, and he said that’s what made the difference in the race against Logano.

“Whenever we pitted and I came out, I liked where I lined up,” Bell said.  “Honestly didn’t think I was going to get there.  [Logano] really struggled coming out of Turn 6 one time and it allowed me to close the gap.”

Bell said this victory was at the end of a very long road to NASCAR’s top series.

“I’ve prepared my whole life to race in the Cup Series,” Bell said.  “I’m very grateful that I got the opportunity to run in Cup.  This is definitely one of the highlights of my life so far.”

Logano said he had too many laps to run on old tires to make their strategy work.

“One more caution lap would have been enough to at least have a door-to-door finish across the line,” Logano said.  “[Bell’s] the one that got through with tires.  It’s hard when he’s catching you a second a lap.”