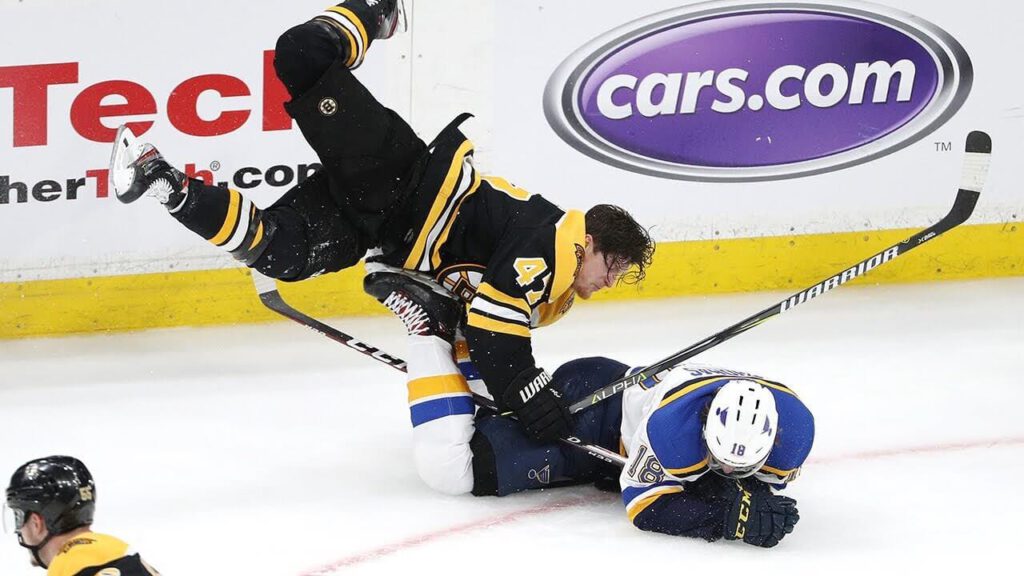 The 2019-20 NHL season is upon us, which means it’s time to make some predictions. You’ll like Mike “Trags” Petraglia’s predictions; you probably won’t like mine. Nevertheless, they’re my predictions.

If these are right, we can predict the future. If not, our crystal balls must not have been working. Oh well.

It's time to preview the #NHLBruins season! @PeteBlackburn joined @emarinofsky to do it on the latest Bruins Beat.

Stanley Cup Final: The Bruins get back to the Stanley Cup Final and finish the deal this time, beating the Jets in six games. David Pastrnak wins the Conn Smythe and Tuukka Rask (a backup to Tim Thomas in 2011) finally captures the Cup as Boston’s starting goalie.

Here's the inside story of how skating guru Katie McDonough transformed David Backes.

FEELING THE PINCH: With a logjam of young talent on D, just How Much Is Torey Krug Worth to The Bruins? My @BruinsCLNS COLUMN offers perspective following his preseason debut Wednesday: https://t.co/0dyTx6Z01y via @CLNSMedia pic.twitter.com/DIanWa0K5P

Stanley Cup Final: The Lightning go into the playoffs with revenge on their mind and dispose of the Stars in five games. There’s no way the Lightning don’t go to the Cup Final this year after what happened last April. They’re a talented team and they’re going to be laser-focused all season long. Brayden Point wins the Conn Smythe. The Stars will surprise folks this year. They have very good goaltending, a young defensive core, and a lot of potential on offense. With the additions of Corey Perry and Joe Pavelski, they finally have some solid veteran leadership. It just won’t be enough against the mighty Lightning. Poor Tyler Seguin.

Where the Bruins finish: I’ve said it a couple of times on some recent Bruins Beats (a podcast I highly recommend you listen to), but I’ll say it here anyways. The Maple Leafs will finally do it and beat the Bruins in the first round. As uncertain as the future is for the Leafs, they got a lot better this offseason. Because they got better, they’ll get home-ice in the first round. The Bruins got oh-so-close to a Cup victory last spring and if any year is the year the Leafs sneak past the B’s, it’s this one. They have to get past the Bruins at some point, right? The series will still get your blood pressure going all the way up, as it’ll go seven games. If the Bruins and Maple Leafs play in a playoff series that goes less than seven games, did they even play?