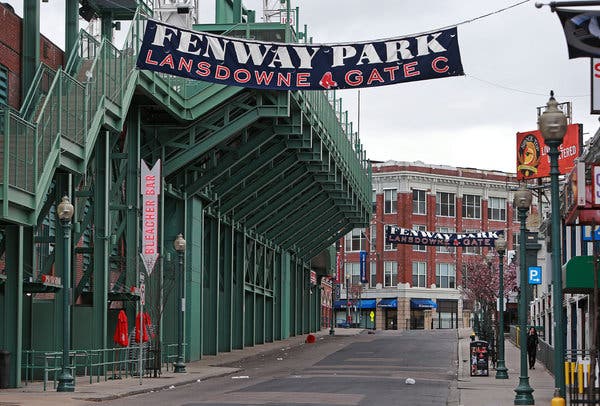 The NBA made the call on Wednesday night to suspend the regular season until further notice following the Utah Jazz’s Rudy Gobert testing positive for coronavirus. Today, it was also reported that his teammate, Donovan Mitchell, has also tested positive. The NHL would follow suit on Thursday after announcing that their regular season will also be put on hold for the time being.

With the threat of coronavirus growing in the United States, the MLB is expected to suspend spring training, and potentially delay the start of the regular season according to ESPN’s Jeff Passan.

After a conference call among owners this afternoon, Major League Baseball is expected to suspend spring training. The league likely will delay the beginning of the regular season as well. At this point, it’s a formality that ownership-level sources expect to happen.

As Passan’s tweet illustrates, this report came after a conference call was held with the league’s owners in the afternoon.

Last night, President Donald Trump addressed the nation explaining that there will be a ban on travel from several European countries with the exemption of US citizens who have been properly screened.

Prior to this report, the Seattle Mariners were set to move their home games at the end of March due to the state of Washington’s ban on large group events according to the Associated Press.

Ken Rosenthal also reports that an announcement that the league will be suspending operations is expected soon.

Passan says that many people in the MLB feel the need for the league to make this unprecedented move, including Los Angeles Dodgers pitcher David Price, who brought up his children.

As he exited the locker room, Price had this to say, according to Passan. “It’s gotta happen. This is so much bigger than sports. I’ve got two kids.”

With so many precautions being taken to slow down the spread of the virus, this type of decision wouldn’t be shocking in the slightest.

Update (3:13 pm): The MLB officially announces that the league will be delayed a minimum of two weeks.