Many have questioned the Patriots head coach's future over the past week. 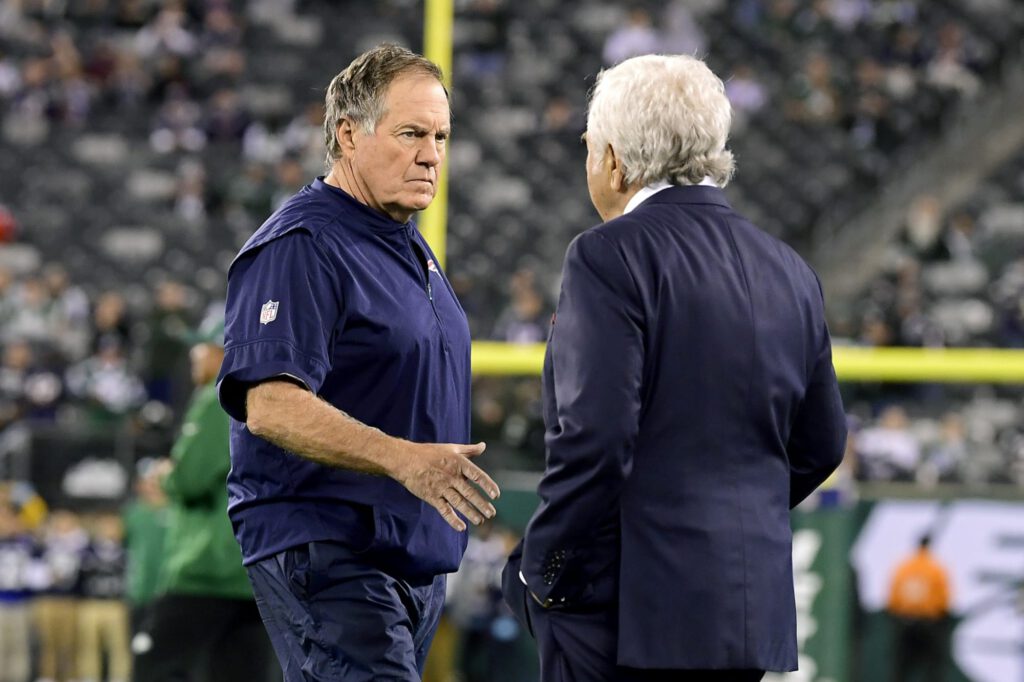 The 6-6 New England Patriots are headed to Arizona this weekend to take on the lowly 4-8 Cardinals on Monday Night Football. Although it may seem like just a boring matchup between two middling teams, it’s also a matchup that some consider a must-win for Bill Belichick.

Yup, that’s right. A must-win – at least according to Boston Sports Journal’s Greg Bedard. Take a look at what the longtime Patriots insider said on his podcast this week:

“In discussions with people around this team, including some very good sources of mine who have never steered me wrong, have basically indicated that this Cardinals game on Monday night is among if not the most important game of Belichick’s career post Tom Brady. If the Patriots don’t win this game, then I think there is a serious question about whether Belichick is the future head coach of this team.

We talked about this in October. Belichick had to get this thing with [Mac Jones] back on track for the rest of the season because the Kraft’s were watching.”

Bedard isn’t the only one who has alluded to a murky future for coach Belichick this week. Longtime NFL writer Peter King also seems to have the same concerns about Belichick’s longevity in New England. Here’s what he had to say:

“I’ve started to wonder — and I emphasize started — whether Bill Belichick, who needs 21 wins to break Don Shula’s all-time record for coaching victories, will get them in New England. I think Robert Kraft, who is 81 and will enter his 30th year of Patriots ownership in 2023, is not in this to rebuild deliberately. He has to be looking at the dung show on the Patriots’ offensive staff and wondering why Belichick left the offense so wanting this year. Anyway, I can’t see anything weird happening this year. But I have my antennae up about the Patriots for 2023.”

“Moving on from Bill… what are you afraid of? Finding someone that struggles in the draft? Spends $150 million on mediocre talent? Hires coaches that aren’t that good? [Someone who] starts messing with clock management within the game? Gives you a .500 product? That’s what you have… He said to ‘blame me for all of this stuff, I’m the head coach.’ When you look at it right now I put it on him.”

Merloni makes an excellent point. With what Belichick has shown in 2022, you wouldn’t be putting the loss of high-level coaching at risk if you looked elsewhere. Bill has not been good this season.

It’s been reported that former Patriots offensive coordinator Bill O’Brien is “considering NFL options”, and there has been an overwhelming assumption that he could come back to New England to replace Matt Patricia.

However, given the idea that the Kraft’s could be ready to move on from Belichick, maybe O’Brien is actually in line to be the next head coach in Foxboro – just like so many have speculated over the years.