Could Bill O’Brien Lure Tom Brady Back to New England?

The Patriots are currently the second-likeliest team to land the quarterback according to oddsmakers. 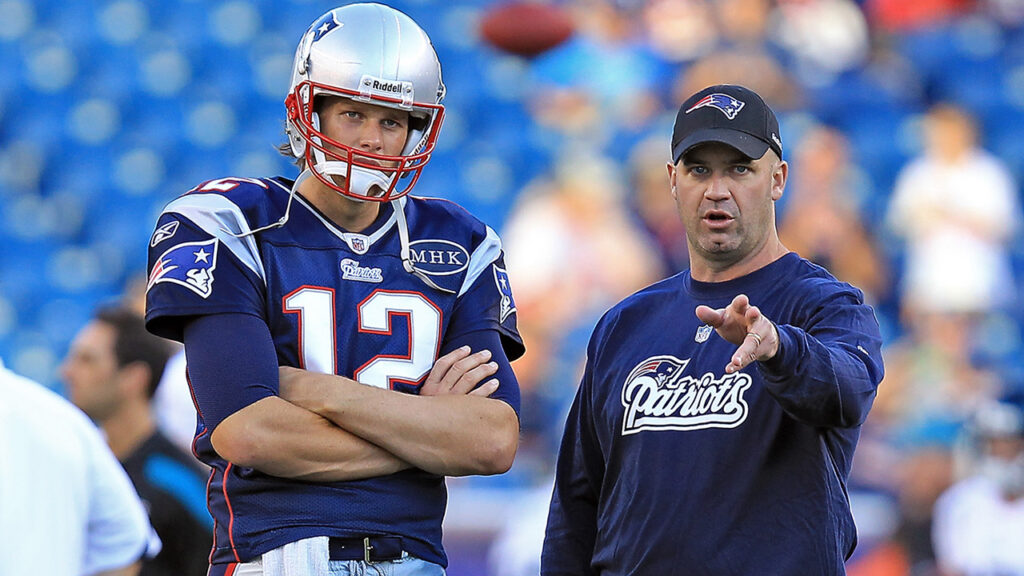 There is officially momentum in the “Could Tom Brady Return to the Patriots?” storyline.

Brady, who had +700 odds to return to New England just two days ago, now holds +400 odds to come back to Foxboro according to BetOnline.ag. Here are the new odds:

Tom Brady’s Next Team (If Not the Buccaneers)

Though the Raiders remain the favorite, there’s now momentum in the Patriots favor, and it may be due to the team interviewing Bill O’Brien for their offensive coordinator position this week.

According to the Boston Globe’s Chris Gasper on Friday’s episode of Felger & Mazz, the Patriots could entertain the idea of bringing Brady back if they also bring back O’Brien. Here’s a transcript of their exchange, courtesy of 985TheSportsHub.com:

Chris Gasper: The other thing that’s interesting to me is just how much is the Bill O’Brien thing tied to all the smoke that’s been going on, really for more than a month now, about the idea that Brady would come back here. Do they feel like they have a better chance to get Brady back here if Bill O’Brien’s here?

Mike Felger: What are you doing? Do you really think this is worth your time? Your breathe?

Gasper: I’m just saying, like, it seems like Brady really has an interest in Bill O’Brien as someone that makes it easier for him….

Jim Murray: Where’d this come from?

Felger: Where’s this coming? I haven’t heard anything about this.

Tony Mazz: Me neither, what the hell is this?

Felger: What are you talking about?

Gasper: Didn’t you guys read the story in Tampa that was down there about Bill O’Brien potentially coming there? This was before Leftwich was even fired. That they were sniffing around Bill O’Brien because they thought it would give him a better chance with Brady. I think some of these teams think if they get Bill O’Brien, maybe they can get Brady to. That it ups their chances.

Felger: And do you think the Patriots are one of those teams?

Mazz: You’ve got to be kidding.

Felger: You think the Patriots want Brady back?

Mazz: What the hell happened to you?

Felger: No. No. You think the Patriots want Brady back?

The Athletic’s Jeff Howe suggested back in December that there’s no ego or pride standing in the way of Brady and Belichick anymore – and that there’s been no ill will between them since their locker room meeting last October when the Buccaneers visited New England.

The only way this should happen is if Mac Jones is game. Jones has been New England’s starting QB for two straight seasons, and to take that away from him for just one season of Brady would certainly be a gut-punch to the young and budding player.

If Mac would be willing, then this should be green-lit. However, it’s not worth losing a potential franchise quarterback in Jones over one year of a “what if” with Brady.