Could Donovan Mitchell Be on His Way Out of Utah?

The Jazz are reportedly fielding calls for the three-time NBA All-Star. 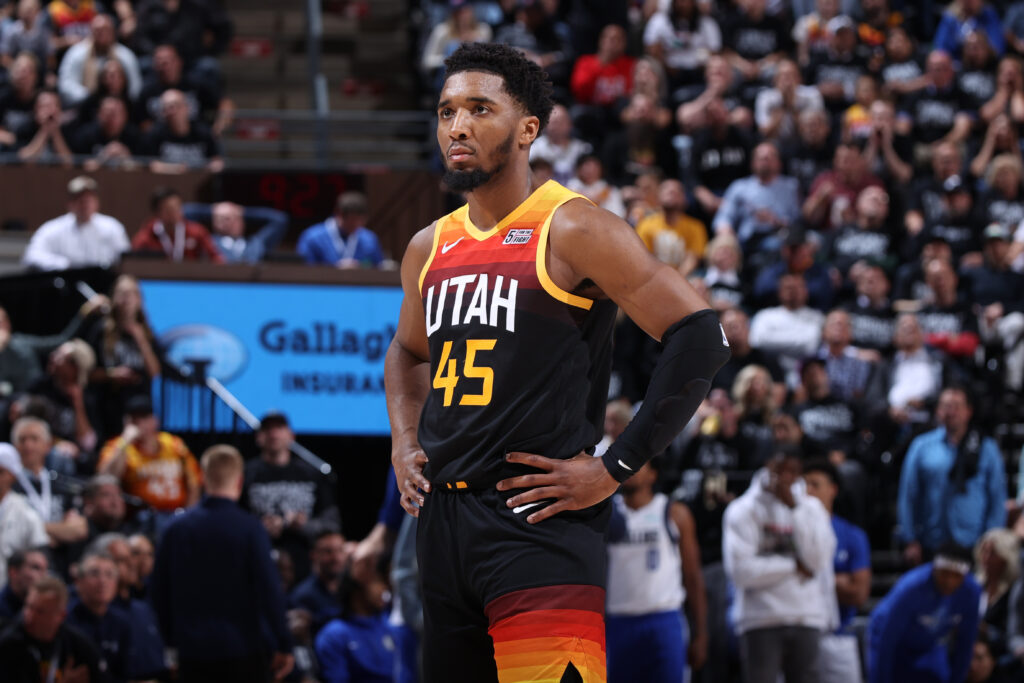 SALT LAKE CITY, UT - APRIL 28: Donovan Mitchell #45 of the Utah Jazz looks on during Round 1 Game 6 of the 2022 NBA Playoffs against the Dallas Mavericks on April 28, 2022 at vivint.SmartHome Arena in Salt Lake City, Utah. NOTE TO USER: User expressly acknowledges and agrees that, by downloading and or using this Photograph, User is consenting to the terms and conditions of the Getty Images License Agreement. Mandatory Copyright Notice: Copyright 2022 NBAE (Photo by Melissa Majchrzak/NBAE via Getty Images)
Share
Facebook Twitter Email

ESPN’s Adrian Wojnarowski dropped yet another “Woj Bomb” on Tuesday night, reporting that the Utah Jazz are showing a willingness to take calls on trading superstar guard Donovan Mitchell.

After originally shutting down the idea of moving Mitchell, Woj is saying that the Jazz may trade him for the right price.

According to BetOnline.ag, the New York Knicks are the favorite to land Mitchell in a trade at (-105). Here is their full list of odds:

As you see above, the Celtics are third on this list at +700.

I do not, in any capacity, see this trade happening for Boston. I think the only reason they’re even listed is their ties to Danny Ainge.

The Celtics back court is already loaded with Marcus Smart, Malcolm Brogdon, Jaylen Brown, and Derrick White. I don’t see them making a move to take on Mitchell.

A team to look out for here could be the Lakers at +900. LeBron James essentially calls the shots right now for LA and he’s always down to make a move to try and improve. The Russell Westbrook experiment failed miserably for the Lakers – and with reports now that Kyrie Irving may want to stay in Brooklyn, bringing in a guard like Mitchell could work well for James and company.

Whatever you do, Donovan, try your hardest to avoid going to the Knicks.