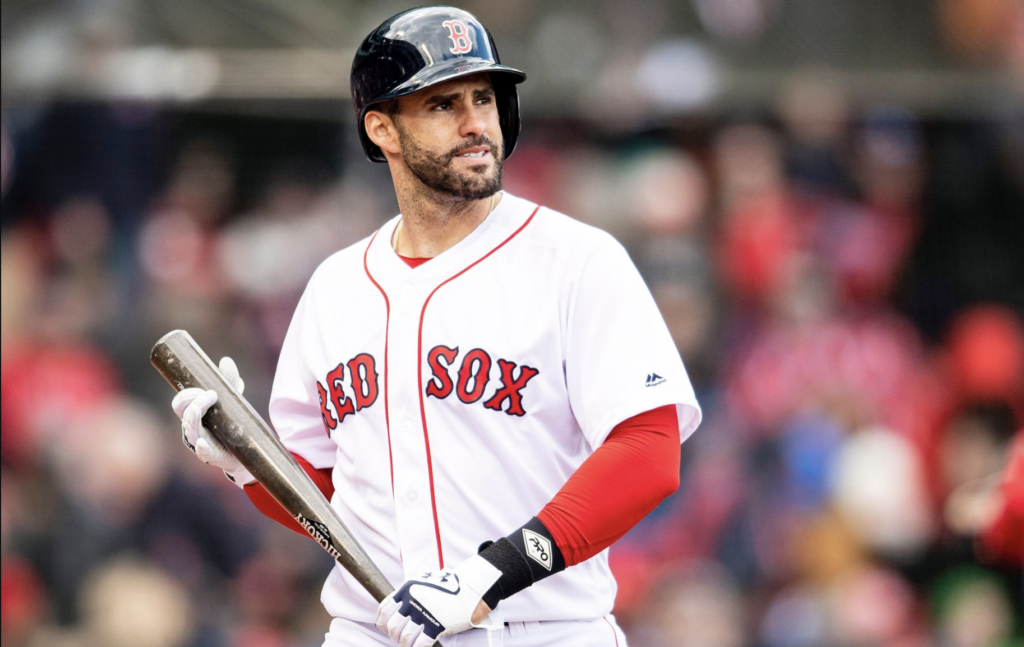 BOSTON – If we’ve found out one thing early in this Summer Camp of Major League Baseball’s re-start, it’s that many players and coaches are struggling with the idea of returning to the national pastime in the era of COVID-19.

The Red Sox returned to Fenway Park workouts on Friday and on Sunday, they had their first live batting practice sessions with Martin Perez, Austin Brice and Chris Mazza throwing to the likes of Mitch Moreland and Christian Vazquez.

It’s starting to feel like the start of spring training in Fort Myers. Only problem is that in less than three weeks, they’ll be playing real games. For some, that’s too short a period to ramp up. For others, the risk of being exposed to coronavirus just isn’t worth it.

Already, you’ve had the likes of Mike Trout and David Price either opting out or well on the road to not taking part in the 60-game MLB sprint to October. Trout said Saturday he has doubts he’ll play while Price will definitely not play this year. Really, who can blame them? Baseball players, more than any others, rely on routine over a six-month schedule that has them playing nearly every day. This 2020 season will be anything but ordinary and routine.

Already, the Red Sox have had Darwinzon Hernandez and Josh Taylor test positive and Eduardo Rodriguez is not with the team because he may have been exposed to someone with the virus.

“It’s crazy to say it but I have a feeling that this season is going to come down to what team can stay healthy,” J.D. Martinez said Sunday. “What team can stay Corona-free you (could) put it that way. I mean, one blow to a team with Corona could knock you out, (like) two or three of the star players.

“Anything can happen in this in this league you never know. So that’s our goal. I think we all understand that, and the Red Sox have done a good job of keeping us aware of that and keeping us safe giving us the best opportunity to not get Corona, and everybody on our team is on board with it.”

Then there’s the players with newborns or expectant parents. Trout is about to be a parent for the first time. He’s taking no chances for the sake of a 60-game slate. Ian Desmond of the Rockies feels now is not the time to play with the country being ripped apart by social strife and coronavirus.

If the Red Sox are to be relevant in this 60-game sprint, J.D. Martinez and his bat figure to play a huge role, that is if he and his Red Sox teammates can stay healthy.

“I want to say I’m confident but the way 2020’s been, you never know what’s going to happen any more,” Martinez said of finishing all 60 games. “It’s crazy to think that way. We’re all definitely going to do our best to stay as healthy as we can.”

Former Red Sox bench coach Brad Mills, who now serves in the same capacity for Terry Francona in Cleveland has taken up MLB’s opt-out offer after losing his 18-month-old grandson in a drowning accident.

“David, knowing him and knowing how competitive he is and how much he means to a team. I feel the same way you talk about your family and appeared to have concerns about it. Or you could have a concerned about your own health.

“I read about Trout’s decision and his comments (Saturday), same thing. Here’s a guy respect as much as anybody in the game. He’s got a pregnant wife and his first, you know going to be his first baby and those are those are concerns that personally I am not in that situation. So, those are hard to make it’s hard to make when you’re one of, if not the best player in the game and you’ve got to decide on the importance of and how safe that he thinks he’s going to be through all this and I heard a comment like I’m waiting to see what happens and that’s what we’re doing are. So, we’re waiting to see what happens with all this.”

Everybody is waiting. That’s the issue. Waiting to see if it’s OK to dip your toe in the water again. That was the feel around Fenway this weekend. An eerie quiet and calm to everything, the same kind of eerie atmosphere in which all pro sports will resume at the end of the month.

Red Sox catcher Christian Vazquez had the same tough decision to make with his wife and newborn. But he decided that during a pandemic, Boston was not a bad place to be. And you’re going to be in Boston, you might as well play the sport you love and get paid.

“Our newborn next week is eight months old and it is a tough decision,” Vazquez said. “You know, I can bring them with me here Boston because I can live with them (and) without them
and we’re safe here with all the doctors here. We are in good hands. So, we’re better here than Florida.”

To the Desmond issue, Martinez is in the camp that baseball and MLB can do more good than harm by giving fans a product to watch on TV.

“We want to keep this going, going for the country, for our fans, for everyone who lives here. It’s something positive and something to look forward to every night and you know watching sports is to me the most American things we could do,” Martinez said. “So, I think this is kind of what this country needs. I know the Players Association and all the players… we want to get out there and put a show on.

“I really do miss the miss the smell of the ballpark. I miss walking in. I miss the energy in the stadium, the excitement about every game, the excitement of not knowing what’s going to happen today. Today could be the most amazing days or it could be a really, really bad day.”

Former manager Alex Cora would often speak of the leadership that Martinez offered as a veteran player. Now’s it’s all changed with social distancing, something as a asthmatic he is keenly sensitive to during COVID.

“I’m going to definitely do my best to still try to help but you have to respect the whole situation really. I think I will be able to be excited to go out there and I think my love for the game is going to outweigh my fear of this whole thing once I get out there.”