Danilo Gallinari Unsure If He Will Play This Celtics Season 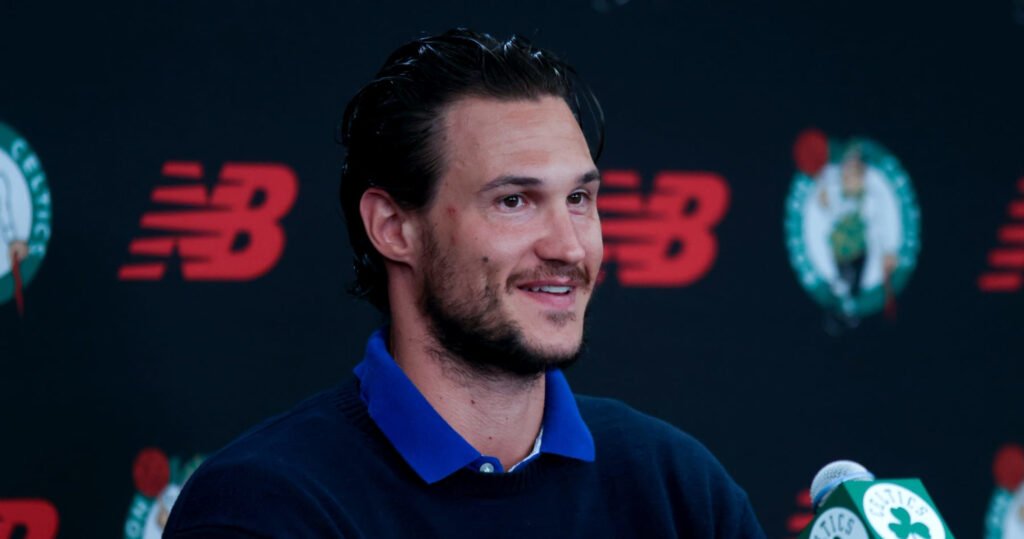 BOSTON — Danilo Gallinari appeared at Celtics practice on Tuesday days after his first steps less than one month removed from ACL surgery. He’s taking rehab day-by-day, initially expressing optimism he’ll be able to play for Celtics one day after signing a two-year, $13.3 million contract with the team in July. Soon, he’ll be able to shoot stationary free throws on the floor. It’s less clear if he’ll get to wear the No. 8 in a game this year.

Given the importance of this season for Boston, his age and the potential for the team to use Gallinari’s contract in a trade later in the season, there’s urgency to battle back and find a way to contribute to a championship push. He’s safe until Dec. 15, planning to attend games and eventually travel with the team, remaining close to a group that impressed him so far in training camp. For now, each small step in his recovery represents something significant after Gallinari recovered successfully from a serious tear in the same knee in 2013.

“(Walking is) a huge step,” Gallinari told CLNS Media. “The small things, when you’re doing exercise, you can do more reps the next day, or you can do reps better the next day. With the (physical therapists), they add a couple of exercises every day. So that’s another great thing that I’ve been (doing) every single day. Those small things are big things in a rehab process.”

The Celtics never officially ruled out Gallinari for the 2022-23 season, though the surgery he hoped to undergo quickly required a reduction in swelling and muscle strengthening around the knee. Gallinari worked for several weeks on that after he exited a World Cup qualifying game with Team Italy on Aug. 27, initially receiving the diagnosis from their doctors of a torn meniscus. He knew from his experience that the setback was far greater, learning the full extent of the damage on Sept. 2 and going under the knife nearly one month later on Sept. 23.

Gallinari told CLNS the ACL tear was the lone damage he suffered in the non-contact incident as he ran in transition. Attempting to catch a pass, then stumbling into the baseline area before trainers helped him off the floor, the injury occurred similarly to the one he suffered just under one decade ago. He never returned for the 2013-14 season, needing a follow-up surgery in January due to an insufficient initial repair.

“What I’ve been through, unfortunately, not a lot of players have been through it and I have to say you have to be very strong mentally to be able to keep doing what I’ve been doing for so many years,” Gallinari said. “That’s maybe the best part of my game and myself is the mental toughness. So mentally, you’ve got to be very strong, especially if this happened to you already and if you do it again, it’s even tougher. Like I said, it happened to me, but I came back stronger and better. I’m still here, and I’m going to come back even if I’m not that young anymore. I’m going to come back stronger and better again.”

Sam Hauser saw potential for a larger role when Gallinari went down, taking advantage of additional playing time in the preseason by shooting 12-for-20 from three through the first three games. He’s growing in the defensive end, showing flashes attacking closeouts and nearly won the Toronto game later with a runner through a foul. The potential to play small ball, as the team planned for Gallinari, flashed last Sunday too.

Hauser hasn’t spoken extensively with Gallinari yet as the veteran attacks his rehab, but like Khris Middleton, Klay Thompson, Max Strus, Joe Harris and Duncan Robinson, pulled from and watched the 6-8 sharpshooter while he grew up. The Celtics were already excited about Hauser’s potential, signing him to a three-year, $5.7 million contract before Gallinari went down. Now, Hauser has ample time to fill in for him.

“You kind of have to have the next man up mentality,” Hauser said. “You never want to see someone go down like that, but I’ll be ready for whenever my number gets called and whatever opportunities I get … I’m told to get to the corners, find openings when guys drive and things like that. Just having a good understanding of where to be on the floor when guys are making plays.”