A hot and humid practice field outside of Gillette Stadium brought plenty of buzz on day three. 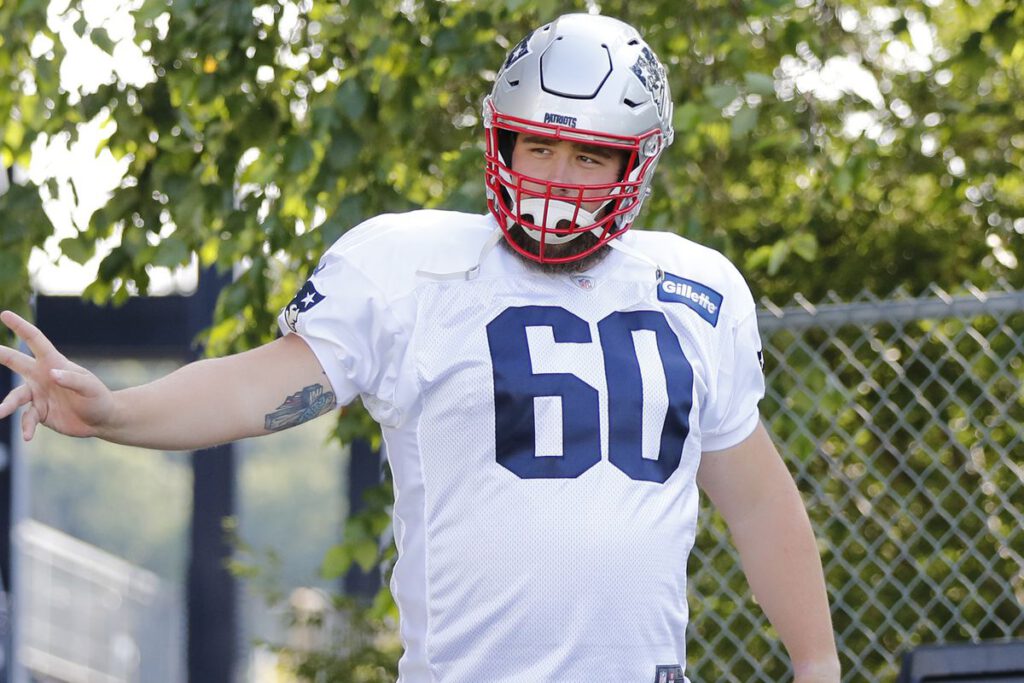 FOXBORO, Mass. – The Patriots got two of their most important players back on Wednesday morning, as David Andrews and Jake Bailey returned to the practice field.

Andrews returned, without a red jersey, after offseason shoulder surgery. During his media availability on Tuesday, Andrews told us he’ll take as much time as he needs to in order to get healthy – clearly not much was needed.

Punter Jake Bailey is coming off of the non-football illness list. It’s good to see him healthy and ready to boot the ball again. (Follow 98.5 The Sports Hub’s Alex Barth for hang times).

The second most important note of today’s practice? It. Was. HOT. Like, the keys are sticky from typing hot. But nevertheless, we survived – and are able to give you observations from day three:

For the third day in a row, cornerback Terrance Mitchell was the first on the field. Clearly, the seven-year veteran is looking to prove himself at his 8th stop in the NFL. Yes, you read that right: eight stops in seven seasons.

Three days in a row being the #FirstOnTheField for CB Terrance Mitchell. pic.twitter.com/HrRm0bm0MR

Mitchell brought his fellow defensive backs with him to the field today hoping to build off of a solid day two for the Pats secondary. Adrian Phillips, Jalen Mills, and Shaun Wade were the next three to take the field.

Quarterback Mac Jones, once again, got the largest crowd roar upon arrival – even though he was later than normal. Judon brought the heat again as well.

A note on Judon – he continues to wear that huge red sweatshirt out here. I would have passed out by now.

Tight end Jonnu Smith popped early in practice. He made two nice catches from quarterback Mac Jones. After taking some end-around handoffs yesterday, I’m chomping at the bit to see how Smith improves from his abysmal 2021. He was a weapon in Tennessee a few years ago, and can be solid when used correctly.

I’ve been raving about running back Rhamondre Stevenson this week – and he continues to impress every day. During a red zone passing drill, they worked the ball to the second year RB several times. He’ll look to improve off of his 14-catch 2021 season.

The defense struggled today’s after a solid day two, as Mac Jones tore them apart in 7-on-7 drills. They did get one interception off of rookie QB Bailey Zappe, but it’s clear that yesterday was an anomaly. They have work to do.

Despite being put on the play-calling back burner, QB coach Joe Judge continues to be heavily involved with Mac Jones. The approach the Pats are taking with Jones, Judge, Belichick, and Patricia running the offense together is fascinating to watch. Mac is truly good enough that this might not be a problem.

Jonnu Smith was really impressive today. The Patriots could have a scary 1-2 punch at tight end with him and Henry if they can keep this trajectory.

“I just love what I do. It’s as simple as that,” the always exuberant Damien Harris when asked about the energy he brings to practice. He was also asked about QB Mac Jones’ leadership heading into year two, “10-piece! That’s my guy! Mac and I have a special relationship. He’s an infectious guy that everybody gravitates towards. Harris also spoke highly of Vinny Sunseri – who is taking over as the Pats RB coach for Ivan Fears, who announced his retirement this offseason after 19 seasons with the team.

Tight end Jonnu Smith, who was the player of the day, was asked if he and Kyle Dugger’s relationship will ever be the same after he torched him twice at practice: “I don’t know [joking]. Me and Dugger battle a lot. He’s a hell of a competitor.” Smith was also asked how the new teams new streamlined offense will help him: “I gotta just continue to do what I can do to execute.”

WR Jakobi Meyers spoke on rookie Tyquan Thornton after practice: “you can tell he’s ready to learn. He’s getting better already. Meyers also noted his Thornton’s speed – to which the rookie said “yeah, I know I’m fast.” Exhilerating stuff from the WR room.

I’m excited to see where this offense ends up in 2022. Mac Jones has made his leap. He’s cerebral, he puts the ball in the right place, and his footwork is noticeably improved. More takeaways:

The Patriots are back at it again on Saturday morning at 9:30am. Stay tuned for more live updates on Twitter and post-practice coverage here at CLNSMedia.com!