David Krejci & Bruins Put Offseason Pursuit of Tavares Behind Them 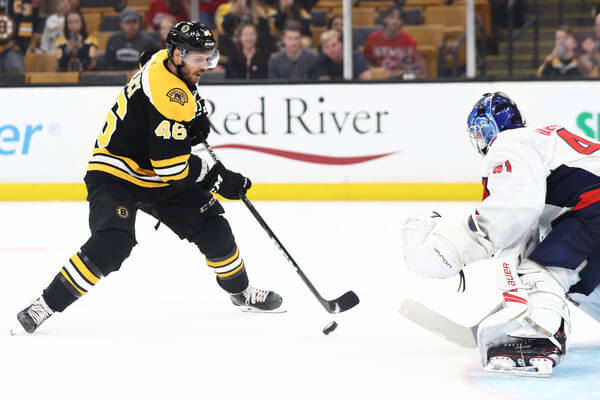 BOSTON — At Monday’s annual Boston Bruins media day, David Krejci and general manager Don Sweeney seemed to put speculation of a rift between them to bed.

At issue, the Bruins offseason pursuit of Uber Free Agent John Tavares. Signing Tavares would likely have meant the team would have had to move Krejci and his salary to create enough space under the cap.

That would have been news to Krejci who told NBC Sports Boston’s Joe Haggerty earlier this month that he really didn’t know what was going on behind the scenes and that the Bruins pretty much kept him and his agent in the dark.

A month later and after a chat with Sweeney, it looks like everyone is friends again.

“Yeah [I came away happy],” said Krejci to CLNS Bruins insider Jimmy Murphy. “Sometimes it’s best to address the elephant in the room, not saying there was one. Things got probably taken out of context but we talked about it and it’s all good. I don’t blame anyone for anything. I never did.”

Sweeney also talked to reporters on Monday about his offseason conversation with Krejci and agreed it’s all water under the bridge.

“I had a conversation with David as a result of some of these things that were speculated about him,” said Sweeney. “He was more about reaction to what people were sending to his private accounts as opposed to how the team was trying to potentially explore things that would help. It was communicated effectively between David and I the way it should be.”

Krejci only tallied 44 points last season — the lowest total for him in a season where he played north of 60 games. 2017-18 saw him miss 18 games due to injury. He’s also slated to make $7.25 million in each of the next three years. He’s just happy that he’ll get to do it here in Boston.

“I feel ready, I’m excited,” Krejci said. “I don’t take these things for granted being able to play for one team my whole career. I’m happy to be back here and excited for a new season.”