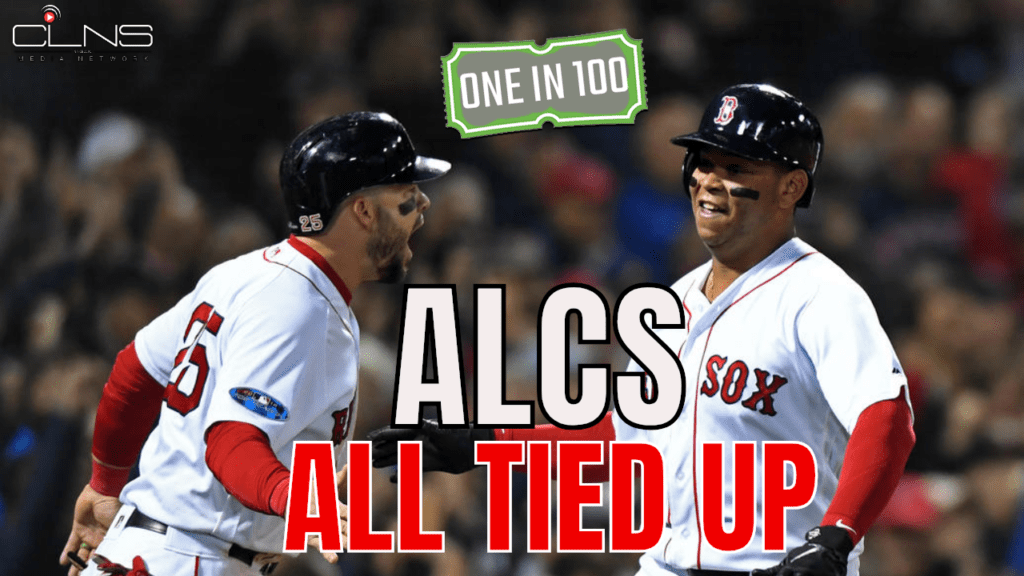 BOSTON — Jackie Bradley Jr. and the Red Sox bullpen came through Sunday night when it mattered most.

Bradley’s 2-out, 3-run double in the third inning off Gerrit Cole turned a 4-2 hole into a 5-4 lead. Matt Barnes retired all four batters he faced and rescued starter David Price in the fifth inning to earn the win in Boston’s 7-5 victory over the Astros at Fenway Park.

Ryan Brasier and Rick Porcello combined to shut down the Astros in the seventh and eighth before the Astros got to Craig Kimbrel for a run in the ninth. Andrew Benintendi caught an Alex Bregman fly on the warning track for the final out as Boston leveled the American League Championship Series at a game apiece.

The series now shifts to Houston for Games 3, 4 and 5 Tuesday, Wednesday and Thursday. Price lasted only 4 2/3 innings and fell one out shy of recording the win, which would have been his first in 11 career postseason starts. But for the first time in those 11 games, his team won the game.

“You can ask any of my teammates, for the 10 years I’ve been in the Big Leagues or coaches or anybody that’s been around me, all I want to do is win,” Price said after. “I expect myself to be great in big moments, and I haven’t done that thus far in my career. But I came here to win, period. I came here to win a World Series and to do it multiple times. And that’s what I’m about.

The win was tempered by the news during the game that Game 1 starter Chris Sale was admitted to Massachusetts General Hospital with a stomach illness after complaining of discomfort Sunday afternoon. The team announced that the ace would be kept overnight for observation and no update was provided on his availability for the rest of the series.

#RedSox LHP Chris Sale reported a stomach illness today and was admitted to MGH for observation this afternoon. He will be kept overnight for evaluation and any further updates will be released when available.

With the crowd rising to its feet for an ovation before Price threw his first pitch of the night, there was the strong sense inside Fenway Sunday night that the crowd was going to help will Price to his first career postseason win in a start. His 0-9 mark in 10 previous attempts was well documented.

And in the first inning, he passed his first test. After getting George Springer to pop up, he walked Jose Altuve and Alex Bregman on 3-2 pitches, with Price getting squeezed on Ball 2 to Bregman by home plate umpire Vic Carapazza. But Price buckled down big time and got out of any further trouble. Price pumped in six straight strikes to sit down Yuri Gurriel and Tyler White.

The Red Sox wasted no time rewarding Price for his early determination and resilience. Mookie Betts crushed a Gerrit Cole fastball off the centerfield wall for a lead off double. He came in to score on Andrew Benintendi’s first-pitch single to right-center for a 1-0 Boston lead, its first of the ALCS. Cole was pumping in almost exclusively fastballs between 96 and 98 MPH.

Another 97 MPH fastball was lined into the glove of Jose Altuve by J.D. Martinez for the first out. Cole was given an easy chance for a second out but he took the weak grounder from Xander Bogaerts and threw it over Gurriel’s head and down the right field line for a two-base error, putting runners at second and third. Steve Pearce walked to load the bases. Rafael Devers singled to left field for a 2-0 lead. With Cole on the ropes, the Red Sox couldn’t land the knockout punch as Ian Kinsler struck out and Jackie Bradley Jr. grounded out to second on Cole’s 25th pitch of the first.

The Astros put another two men on in the second, this time with their first two hits of the night, a single to deep short from Correa and a double under the glove of Devers at third, both with one out. After Josh Reddick popped out to shallow center, George Springer repeated what he did in the second inning of Game 1. He drove in a pair with a soft double just inside the right field line to tie the game, 2-2.

Price was working without overpowering velocity all night, reaching only 91-92 MPH on his fastball. And the Astros finally made him pay in the third. Marwin Gonzalez crushed a 92 MPH fastball over the Green Monster off the National Car Rental banner for a 2-run homer in the third, staking Cole to a 4-2 lead.

“(Price) gave us a chance to win,” Cora said. “I think we should start that stat — he gave his team a chance to win. And at that point it was Marwin. He put a good swing on him. The last at-bat, actually the previous pitch he put a good swing and he fouled it off. So we felt that that was a matchup that it was positive for us. So we went with Barnesy.”

But Cole, who had no problems reaching the upper 90s with his fastball, wasn’t fooling the Red Sox either. Bogaerts singled and then Steve Pearce lined a shot to the wall in left. Gonzalez had a chance to make a leaping play but the ball glanced off his glove and he collided back first with the Yawkey Morse code and was on the ground for several minutes. With runners on second and third, Rafael Devers walked to load the bases. Following another strikeout of Kinsler by Cole, Bradley delivered one of the biggest hits of his career to date.

He drove a 98 MPH fastball the other way. The ball stayed fair down the left field line and hit the Jim Beam sign on the Monster, scoring all three runs and putting Price and the Red Sox back on top, 5-4.

Price had his best inning in the fourth in a shutdown inning after his teammates gave him the lead. He set down the side in order on 10 pitches and appeared in line for his first career postseason win if he could get through five innings and if the Red Sox could hold the lead. But Price could only get two of the three outs in the fifth and came out when he walked Tyler White on his 80th pitch to put runners on first and second. Matt Barnes came on to throw four pitches and strike out Gonzalez to preserve the lead.

Barnes pitched a perfect sixth before giving way to Ryan Brasier in the seventh.

The Red Sox added an insurance run in the seventh when Mookie Betts walked, advanced to second on a wild pitch, went to third on a Martin Maldonando passed ball and scored on another Maldonado passed ball for a 6-4 lead.

Then in the eighth, with chants of M-V-P ringing throughout Fenway, Betts drilled the first pitch from Hector Rondon to right-center for a run-scoring double and a 7-4 advantage.