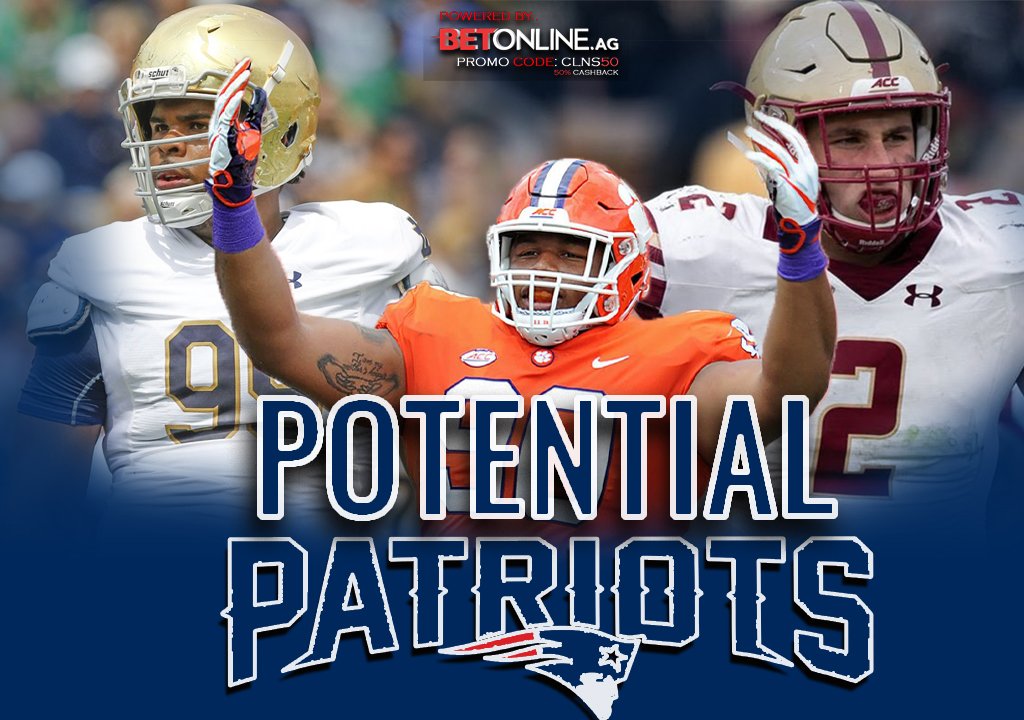 INDIANAPOLIS — The Patriots defense turned a corner in the postseason culminating in an all-time effort in their Super Bowl victory.

However, the Pats might be in for a good amount of turnover along the defensive line and could use some youth at the safety position.

In the secondary, both Devin McCourty and Patrick Chung will be 32 years old when the season starts in September opening up the possibility that the Patriots could invest in a safety of the future to potentially replace two critical pieces of their defense.

Below are some names to watch this weekend on the defensive side of the ball at the NFL Scouting Combine:

Lawrence has some questions to answer in Indy this week. The Clemson star was suspended for the College Football Playoff for taking an illegal substance, and he’ll have to explain that suspension in the interview rooms with teams. For the Patriots, other than the suspension, Lawrence seems destined to be the pick at the end of the first round if he falls.

Lawerence is a dominant nose tackle that’s an elite run defender. If the Patriots move on from Malcom Brown and Danny Shelton, he’d fill that role in the defense on day one and could be seen as the team hitting the reset button on Brown who is solid but not the impact player they had hoped. Lawrence might be that, but he’s going to have to prove that he’s more than just a run stuffer. He appears to have quick feet on tape, and rumor has it he’s running in the 4.9s at 350 pounds. If he does run that fast, it’s possible that he’ll break a recent negative trend for nose tackles selected in the first round.

#NotreDame DL Jerry Tillery has the size and length that the #Patriots typically look for. His tape is streaky but intriguing. He knows how to use his length and convert speed to power. Uses a long arm bull rush here to back the guard right into the QB. Stanford tape was amazing. pic.twitter.com/lcjlgvUjMp

Another potential fit for the Patriots on the defensive line at the end of the first round is Notre Dame’s Jerry Tillery. Tillery doesn’t have the production you’d like for a first-round pick, and his tape is streaky, but he’s got freak measurables, and the good tape is outstanding (four sacks against Stanford). Tillery has unique flexibility for his size to run the arc and explodes off the ball, but his power is his calling card as he knows how to use his long arms and hands to jolt offensive lineman backward at the point of attack. He has great potential as a two-gapper that can also penetrate when asked and has the versatility to play both end and tackle. We’ll see this week just how twitched up Tillery is as an athlete, and he can prove some evaluators wrong about his change of direction skills.

#BC DE Zach Allen is another prospect to watch for the #Patriots. Love his motor, pass rush moves, foot speed, power at the POA. Quick first step, engages with his outside arm extended, inside arm comes to push by the guard, swim over, gets hands up to bat the pass down. pic.twitter.com/gQrRABH7NH

It’s always fun to watch players like Allen on tape. He just knows how to play the game, and is a nuanced pass rusher with tremendous hand usage and a wide variety of pass rush moves to pair with an NFL ready frame. However, Allen is a rigid athlete on tape and wins with technique and power more than athleticism. In particular, Allen has stiff hips making it difficult for him to bend around the edge. There are players like Allen every year that need a good showing at the combine to solidify themselves as future starters in this league. Either way, if he measures out to hit the Patriots’ thresholds at the position, he has a skill set that translates nicely into their system.

#Texas' Charles Omenihu is another potential fit for the #Patriots on the defensive line. Great production last season. Great combination of length and athleticism. Can line up everywhere. Sweet snatch move to beat the tackle and hunts the QB. pic.twitter.com/aZPYpaIubZ

Omenihu is a classic late riser in the draft process. Teams don’t have players go up and down the board as much as the media, but as a one-year star at Texas, Omenihu is flying under the radar a bit. That will most likely change after this week as Omenihu has the desired combination of size, length and athleticism. Last season, Omenihu had 9.5 sacks and 18 tackles for loss winning mostly with his get off and length. He packs a mean punch and extends his long arms to win at the point of attack in the running game. As a pass rusher, he’s too athletic for most interior linemen and can also rush on the edge. For the Patriots, Omenihu projects nicely as a strong side defensive end on early downs and an interior pass rusher in obvious passing situations. Sounds like a skill set they could use, especially if Trey Flowers bolts in free agency.

#Delaware safety Nasir Adderley has some insane range. Playing deep safety here. Shot out of a cannon to contest the catch along the sideline. pic.twitter.com/7k4IPojvr4

Don’t get caught up in the small school label with Nasir Adderley. Yes, he played against FCS competition, but Adderley will make an instant impact at free safety in the NFL. Out of all the safeties in this class, nobody can match Adderley’s range. When you put him as a single-high safety in the middle of the field, he can defend the sideline with ease. He’s also a great open field tackler, and although he can take some bad angles, his closing speed and physicality are excellent. Adderley is also a terrific special teamer adding value as both a returner and coverage player. He’s going to light up the combine.

Studying some safeties today and #Florida's Chauncey Gardner-Johnson is as good as advertised. He's gonna have a great week in Indy. Watch the range, instincts and ball skills here. Working out of the slot. Reads the QBs eyes and jumps the route for the INT. pic.twitter.com/WRDZRr8iIV

Could the Patriots dip into the Florida pipeline once again? They did so last season when they selected Duke Dawson in the second round, and Gardner-Johnson is another Gator that could be in New England next season. Unlike Adderley, CGJ has tremendous versatility to play multiple positions in the secondary. On film, you see him make plays out of the slot in man coverage and as a zone defender in the deep part of the field. He improved his open-field tackling this season and has good closing speed to the ball. Gardner-Johnson would be a fun chess piece for Bill Belichick and is similar to what the Patriots have in Devin McCourty. He should test well at the combine putting him in the first round conversation.

Rapp has tremendous instincts near the line of scrimmage as a run defender. Great IQ to understand running lanes and attack the ball carrier. Look at the closing speed. Impressive. #NFLDraft pic.twitter.com/50zDx6tJsG

Washington’s usage of Rapp was horrible. They often put him 30 yards off the line scrimmage making it impossible for him to use his skill set as a thumping box safety. If you’re looking for a center fielder, Rapp isn’t that, but hopefully, his NFL coaching staff will use him in the right way. Rapp is the best run defender and tackler at the position in this class. Against the run, he fills like a linebacker and diagnoses rushing lanes like a running back. He also flashed tremendous closing speed to make plays near the line of scrimmage both in the running game and as a blitzer. Against the pass, Rapp is incredibly sticky in man coverage against tight ends. He can handle split-safety responsibilities but doesn’t have the range or route recognition to play as a post safety. If the Patriots want a Patrick Chung replacement in this draft, Rapp might be their guy.

To find more information on these prospects including individual film threads here are all my grades so far in an easy to read spreadsheet format: