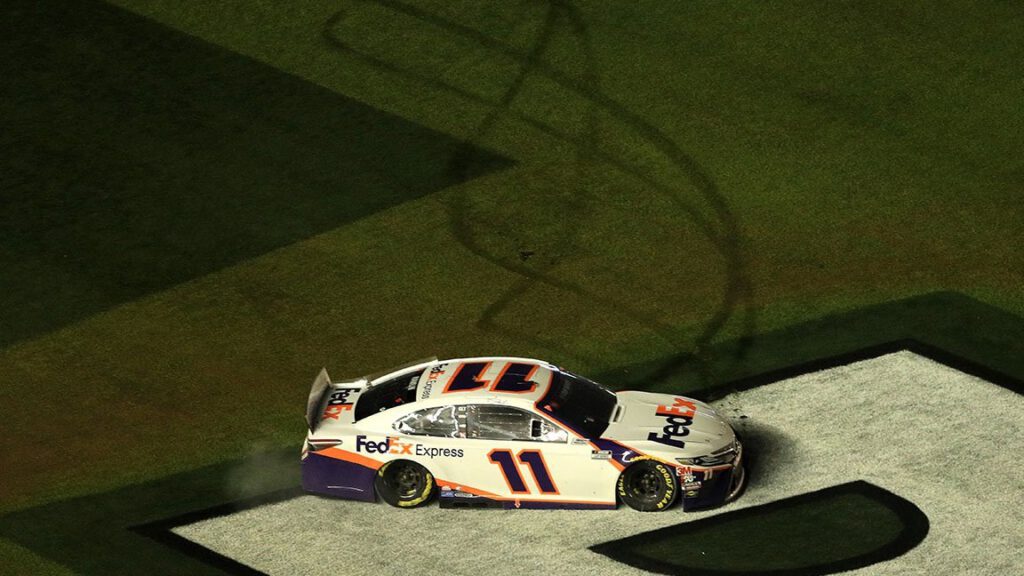 Denny Hamlin won the 62nd running of the Daytona 500 on Monday night from Daytona International Speedway.

Hamlin, who was one of the favorites going into the weekend, said it was unexpected to win his second-consecutive Daytona 500.

“I knew [Ryan Newman and Blaney] were going to come with a big run right there; my job was to just not put a block that was going to wreck me,” Hamlin said.  “I got to the 12 [of Blaney’s] bumper, got to pushing him there and I knew I was going to give him a big run.”

Hamlin’s celebration was subdued as teams waited to hear any information on Newman, who wrecked coming to the checkered flag.  Newman was turned into the outside wall, flipped and was hit in the driver’s side by Corey LaJoie.

Newman was extracted from his car by safety personnel and taken to the local hospital.

Drivers up and down pit road were worried about Newman’s condition.

“We pushed Newman there to the lead, and then we got a push from the 11 [of Hamlin],” Blaney said after finishing second.  “I made a move off turn four on Newman and he blocked it.  I kind of went low and he blocked that, so then I was committed to just pushing him to the win; I guess we got our bumpers hooked up wrong.”

“Number one, we’re praying for Ryan,” Hamlin said.  “I think we take for granted sometimes how safe the cars are.”