Did the Bucks hesitate in loss to Celtics? – Full Length Video Pressers 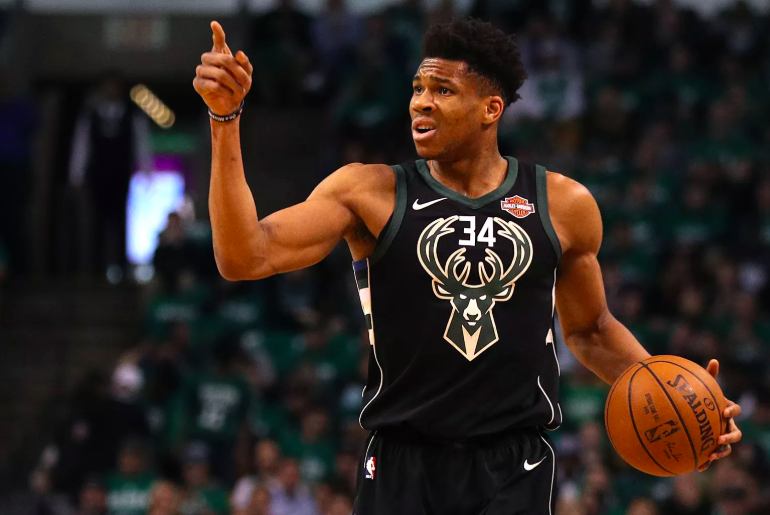 MILWAUKEE, WI — Josue Pavon traveled to Milwaukee for CLNS Media to get the scoop on the team from inside the locker room. In Game 1, the Celtics sent a message exemplified through one play in Al Horford’s back-to-back ferocious blocks on Giannis Antetokounmpo.

Brad Stevens, criticized throughout the year, received vindication for following his tendencies. A deep bench effort overwhelmed the Bucks’ role players. His small lineups worked around Brook Lopez and Antetokounmpo.. Marcus Morris moved into the starting lineup to block three shots and even dish the ball to shooter while driving.

Boston’s starting lineup posted a +38 net rating and Gordon Hayward’s minutes with the group withstood Khris Middleton-led runs before and after halftime. Here’s what both sides had to say after.

Mike Budenholtzer: “Giannis, as great as he’s been, hasn’t been perfect every night.”

Budenholtzer, succeeding Joe Prunty from last year’s series, said that Antetokounmpo. would bounce back and consoled him after his 7-for-21 performance. He didn’t see hesitancy in his team’s approach and thought a player like Eric Bledsoe hitting his threes will swing their offense back toward normalcy.

“There was a couple times where one, I think we probably over-shifted, lost sight of our man,” he said.

He said that MIlwaukee didn’t get many calls on drives, perhaps a call for more than the 24 free throws they attempted in Game 1.

Al Horford: “We just made it tough on (Giannis) every time.”

Horford said the Celtics wanted to make Antetokounmpo. earn everything he got. That answer held a bit more humbleness than this response to Giannis’ initial driving miss in the paint. Morris, Horford and Jayson Tatum all blocked three shots each in Game 1.

Irving said that Morris’ insertion and the constant rotation is entertaining for the team. That shift back to small ball brought the team back to where they started, with Morris in place of Hayward.

“I think that communication on the bench has improved vastly since the playoffs started,” Irving said. “And just everyone just feels good.”

He said he tried to pace the game and establish his teammates since he can find shots whenever he wants.

Stevens updated another miraculous recovery by Aron Baynes. After Baynes limped off the floor following another rolled ankle underneath the basket, Stevens said the training staff told him he could have returned to the game. He opted to hold him out and said he’ll re-evaluate his status tomorrow.

No matter who Horford paired with inside, he anchored a rock solid defensive performance. Stevens reminded the media that all year he’s said you can’t understate Horford’s importance to Boston. He held back on the specifics of the collapsing defense on Giannis, but said that the team held it down on him despite Horford’s individual significance.

“Just his ability to stretch the floor against size, and post smalls,” he said. “And then also on the other end be versatile defensively. We tried to guard Giannis as hard as we could, he still ended up with 22 points and made a bunch of threes there in the second half. That’s a team, collective effort.”

Khris Middleton: “I think we missed a lot of good shots but Boston did a great job making it tough.”

Middleton led some of Milwaukee’s better stretches against the Celtics on Sunday. He pushed a 17-3 run before halftime to take the lead back, before the C’s established another 20-point advantage in the second half.

“They shrink the paint, switch a lot of our pick and rolls, took us out of our action,” he said. “We just have to find a way to continue to run the offense at our pace.”

Celtics Summer League a Chance for Team Depth to Emerge