Divisional Round Saturday: Jaguars vs. Chiefs, Giants vs. Eagles – Odds, Previews, and Predictions

Breaking down Saturday's NFL playoff games from a betting angle. 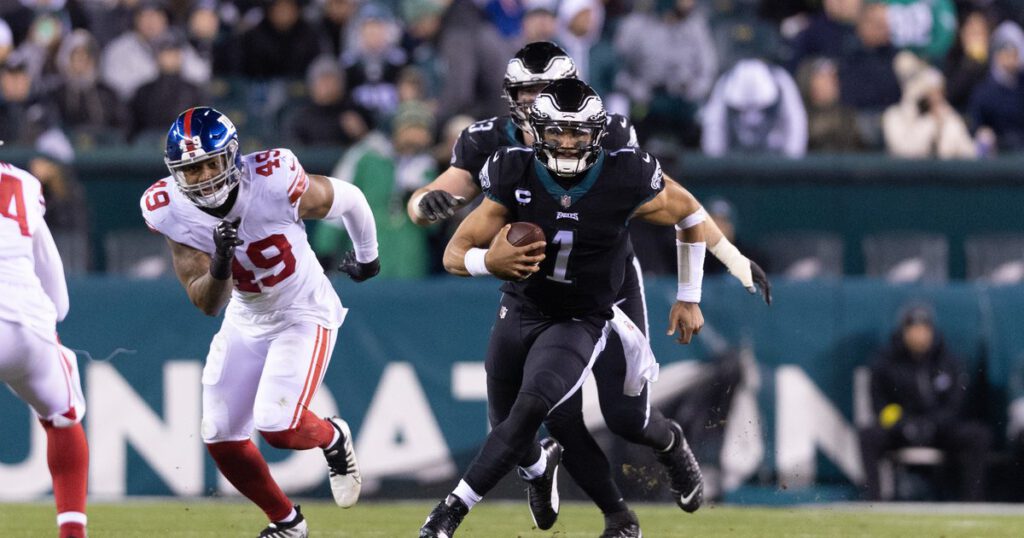 The NFL Playoffs are back this Saturday with two more outstanding games to watch.

The Jaguars are headed to Arrowhead to take on the one-seed Kansas City Chiefs, and the Cinderella New York Giants are headed to Philadelphia for an NFC East rivalry matchup against the conference-leading Eagles.

We’ll have you covered for the entire postseason thanks to our exclusive wagering partners at BetOnline.ag. Here are predictions and betting picks for both of Saturday’s NFL games:

For about a half of football last Saturday it looked like we would have a third matchup between two AFC West rivals in the Chargers and the Chiefs – and then Trevor Lawrence showed up.

The second-year QB led the Jaguars on a 27-point comeback last weekend and has put Jacksonville in a position to play in their first AFC Championship Game since 2017. Jacksonville’s defense has been stout through their stretch run, and it’s hard to doubt head coach Doug Pederson’s postseason success after what he did in Philadelphia and what he’s now building in Duval.

As for the Chiefs, they’re looking to play in their fifth consecutive conference championship – and while their defense can often be suspect, it’s never wise to pick against Patrick Mahomes in the postseason (to win anyway). The Jaguars will make it interesting and cover the +9, but Chiefs win and advance once again.

You know what they say: there’s nothing like watching Daniel Jones during a primetime Divisional Round Playoff game!

But seriously, what Jones has done with the Giants this season should not be overlooked. He had the lowest interception rate for all qualified passers and with help from Brian Daboll and Saquon Barkley – was able to lead New York to the postseason.

The buck unfortunately stops here. Now that Jalen Hurts is back in the lineup and looks to be just about healthy, this Eagles team is going to show why they went a whopping 14-3 this season and why their QB was an MVP candidate for the first 3/4 of the season. Philly wins and covers, with the total going under 47.5