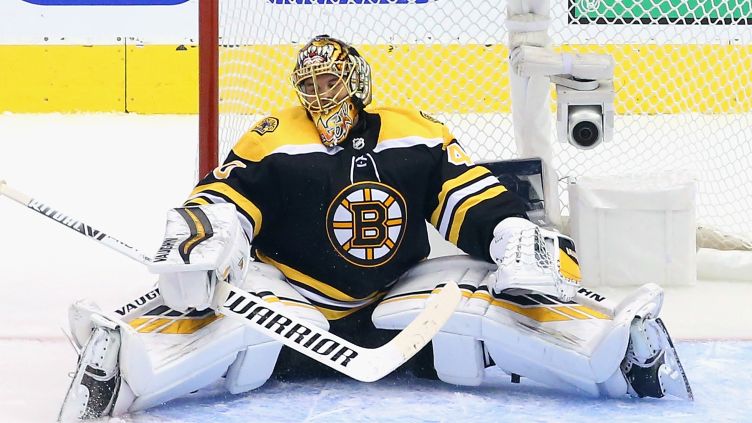 The Boston Bruins stunned the hockey world Saturday morning with the news that Tuukka Rask would opt out of the NHL’s postseason format to return home to be with his family.

Don Sweeney met with the media to discuss Rask’s decision shortly after the announcement was made.

“We understand completely where Tuukka is coming from,” Sweeney said. “I don’t think it’s any big surprise to us to be honest with you. We’re privy to information maybe before the rest of the public is, and this has been a difficult decision for Tuukka, but the Boston Bruins are in full support of why he made this decision.”

He sparked controversy for his comments after Game 2 when he infamously said it didn’t “feel like playoff hockey out there”.

“I think you can rightfully infer that you know Tuukka was having some tough time being away in this environment,” Sweeney said when asked if Rask’s comments after Game 2 could be tied to his decision. “And nothing against what the NHL has put together and the intensity of the playoffs. This is playoff hockey, I mean let’s make no mistake about it. The stakes are high and the players are invested and Tuukka in his own right felt that he needed to be elsewhere rather than being here in this current situation.”

Rask has three daughters at home, including a newborn girl. According to Sweeney, there was no family emergency Rask had to rush home to attend to.

Instead, Rask was just having a tough time up in the Toronto bubble.

“During the course of the time up here it’s been increasingly more and more difficult for Tuukka to mentally stay where he needs to be and ultimately made a decision that he felt he had to be in a different place,” Sweeney said. “And again, yeah, I think we all understand that these are trying times for everybody. The NHL’s done a fabulous job in protecting the players’ health and safety but the priority for Tuukka at this point in time rightfully so has to be his family and we support that.”

It’s very immediate, but now the question becomes what is Rask’s future with the Bruins?

Sweeney did hint at it while talking about No. 40’s accomplishments.

“He’s the same goaltender that went to the Stanley Cup Final in a Game 7 last year and taking a team, and he’ll be the same player when we get up and running again next year.”