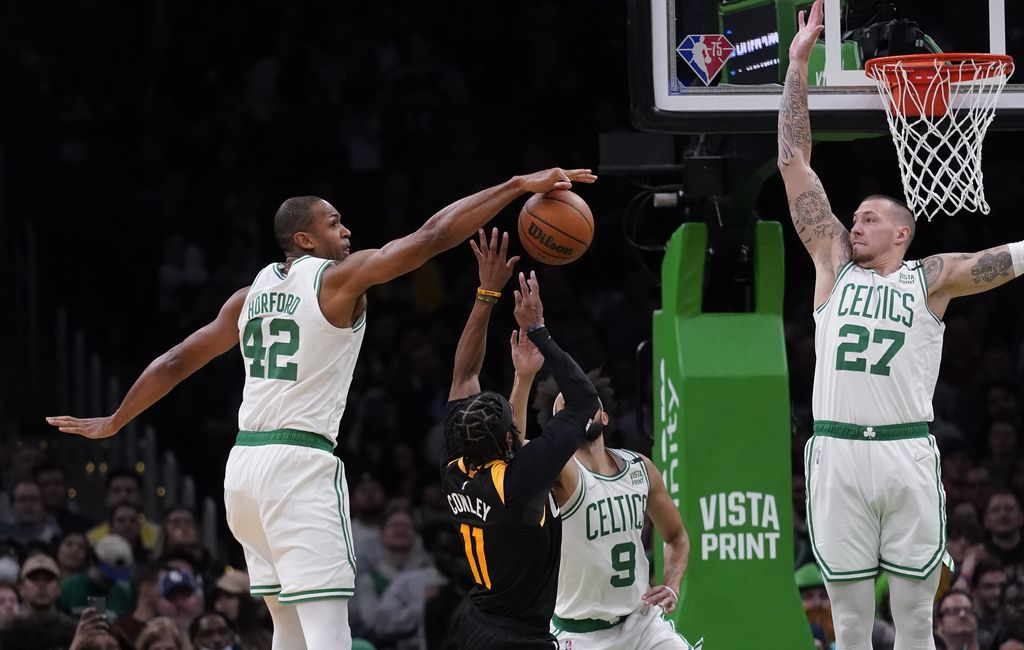 The Celtics defense has made opponent’s lives miserable all season as Donovan Mitchell of the Utah Jazz can attest.

On the Celtics Beat Podcast, NBC Sports Broadcast voice Mike Gorman detailed how the Celtics ‘D’ confused Utah star Donovan Mitchell and the rest of the Jazz during a 125-97 loss to the Celtics earlier this week. So much so that a befuddled Mitchell discussed it with future Hall of Famer Dwyane Wade who was sitting courtside.

“Dwyane Wade was sitting about four or five seats off to my right,” Gorman recalled. “There was a point where [Mitchell] came over to Wade, and I was told by someone who was sitting next to Wade that he said, ‘We can’t figure out what these guys are doing defensively. We have no clue.'”

While Mitchell himself had a good game (37 points on 13/24 shooting), the rest of the Jazz struggled. As a team, Utah shot under 40% from the floor. They made eight of their 36 attempted threes. Utah failed to break triple digits, scoring only 97 points in the loss.

“That’s the question,” Gorman continued. “‘What the heck are they [Celtics defense] doing?’ You’ll go a long way before people figure out what you are doing.”

Boston leads the league in defensive rating, while also leading the league in defended field goal percentage. Wednesday marked the third time in their last five games that Boston had held their opponents to below one hundred points.

As the #Celtics advance from blowing out bad teams to embarrassing quality opponents like the #Jazz, you’re seeing some flashes of intimidation and demoralization inflicted on their opponents. Clarkson and Whiteside didn’t run back after this Theis block. pic.twitter.com/5o7dYlgAzv

Gorman, who has been doing play by play with the Celtics since 1981 says he is amazed by how the team has turned around their fortunes this season. Unlike any team he’s ever covered.

“I can’t recall seeing a turnaround like this,” Gorman said. “Somebody playing half their season and being no better than .500 at best and in the second half  and turn around and be like 21-4 over the next 25 games. And not just getting lucky, getting out in front and beating people [badly.]”