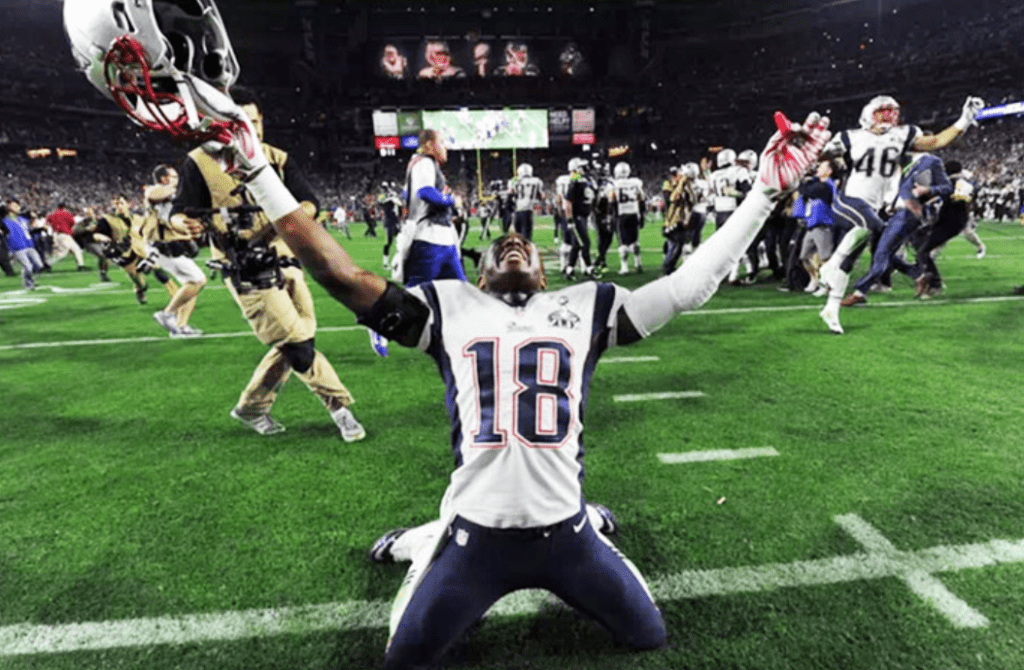 This is why the Patriots brought back Matthew Slater.

If there’s a player inside the locker room that has been the voice of reason and perfect temperament, it’s the 11-year veteran and special teams captain out of UCLA. He signed a two-year, $5.2 million contract extension with the Patriots on March 20 after testing the free agent waters with – of all teams – Pittsburgh. He got $1 million for signing and $1 million guaranteed.

Obviously, Tom Brady has been the unquestioned leader on the field and throughout the Gillette Stadium facility while players like Devin McCourty, Rob Gronkowski, Julian Edelman, Duron Harmon and Dont’a Hightower have provided leadership by example.

But only Brady and Stephen Gostkowski have been on the roster longer. And with all due respect to the Patriots outstanding kicker, only Brady carries more weight as a voice of reason.

A voice of reason is EXACTLY what the situation calls for now as stories swirl about the level of dissension come out of Foxboro, led by the non-reporting this week of Tom Brady and Gronk to the voluntary offseason workout program.

“I’ll say this, those are two men that are more than capable of speaking for themselves, so I certainly wouldn’t want to be out of line in attempting to speak for them,” said Slater. “This is a voluntary program. Every year, guys have different things that come up, whether it’s family issues, personal issues, things come up. The guys that are here, we’re going to do what we can to work hard and come together and take this thing one day at a time, and that’s really all I can say about that. I certainly don’t want to put myself in a position where I feel like I can speak for those two guys.”

So how is conditioning going on Day 2 of the voluntary program?

“You name it, we’re doing it,” Slater told reporters Tuesday. “Moses Cabrera has a great vision for what we’re doing here as a team. He has a plan that he thinks about year-round and he’s always tweaking that plan. I think we’ve seen some tweaking that’s already happening, and I think he’s going to continue to make adjustments and do whatever he thinks is best to get this football team physically ready to go. I think it’s upon – as players, we have to take it upon ourselves to make sure that we’re buying in, doing what we’re asked to do and try to take the coaching and try to get better.”

Think about that answer for a moment. He doesn’t tear down what Brady, Gronk and apparently many other Patriots are doing with Alex Guerrero. Instead, he shines a glowing and positive light on the man who is currently on the Patriots payroll and has put in work with him and other Patriots, strength and conditioning coach Moses Cabrera.

Was he serious about his trip to Pittsburgh?

“(It was) a unique experience, but that’s the nature of the National Football League – free agency and that process,” Slater said. “I’ll just say I’m excited to be back, thankful to be here. It means a lot to me that I’m able to continue my career here, and I’m thankful for the belief that the ownership, coaching staff and teammates that they’ve shown in me. So, (I’m) excited to be back.

Contrast that with the comments of Julian Edelman, Nate Solder and Danny Amendola, who have gone on the record saying Bill Belichick is remarkably hard to play for, and we’re not even including the Malcolm Butler drama. Then there’s Brady and Gronk and their collective subtle salvos fired in Belichick’s direction.

Slater, instead, comes out talking about humility and honor in the name of the Patriots shield. No wonder Belichick loves the guy on his team.

“Certainly, it is challenging,” Slater said. “It’s the National Football League, though. I think if it was easy then a lot more people would be able to do it. It’s tough, it’s very difficult and I don’t think that’s just unique here. I think every place is tough. This is a very competitive league with some of the best athletes in the world. There’s a premium put on winning wherever you are. Everyone wants to win and have success, and everybody’s going to be judged off of whether or not they’re winning. That’s what it comes down to. I don’t think that this place is unique in that regard. I think every team in this league is on a quest to win and have success, and that quest is not an easy one.”

Does he think Belichick is tougher than other coaches?

“I certainly wouldn’t be able to speak to that because my experience as a professional has only been here in New England, thankfully,” Slater said, adding that it was hard to see Solder, Amendola, Butler and Dion Lewis leave.

“Certainly from a human standpoint and personal relationships that I have with all those guys, it’s unfortunate that your relationships are going to have to change,” Slater continued. “Certainly, those relationships are not going to end, but you understand from a business side of things, business is business and things happen. That’s just the nature of the National Football League. So, I wish those guys nothing but success except when we have to play against them, but I’ll be rooting for those guys. I have a tremendous relationship with those guys and am so appreciative of what they’ve meant to me personally over the course of my career.”

Slater was given the chance to look forward on Tuesday, looking forward to the speedy Cordarrelle Patterson joining special teams and the offense.

“Absolutely. I’ve been a fan of his for a long time,” Slater said. “He’s a very unique returner with what he’s able to do. The guy is really gifted, that young man. We’re excited to have him, excited to get on the same page and hopefully have some success. But that success is going to be built throughout the course of the offseason. It’s not going to happen overnight. We’re going to have to work at this thing one day at a time and try to put ourselves in good position moving forward.”

Then he was asked about something near and dear to his heart, and the thing that’s kept him in football this long: The Kickoff, something that the league is considering eliminating.

“Look, I’m a player rep, and nobody cares more about player health and safety than the players, than the men that are out there on the field putting their bodies on the line,” Slater said. “That being said, we understand we’re playing football. To take away the kickoff, I really think it would be tragic. I really think, like I said, you’re changing the fabric of the game that we all love to cover, report on, that we love to play, coach, and I think it’s very disheartening to continue to have this brought up. I understand, look, people are concerned with the long-term health and safety of the players. But as I said, no one’s more concerned than the men that are actually out there doing it, and if we’re OK doing it, I don’t understand why we have to continue to look for alternatives, continue to push. Those are just my thoughts on it. As you can tell, I feel strongly about it and would love to continue that dialogue throughout the course of the season.”

Would he be in the league now if the kickoff wasn’t a part of the game when you came into the league in 2008?

“No,” Slater said, adding that if the NFLPA asked him to support keeping the kickoff for jobs, he’d have to consider it.

“I honestly would take my union hat off when answering this question,” Slater said. “Look, you take jobs from some guys and it gives other guys an opportunity. I understand that. I think we’ve got to think long and hard before you remove a play like this because you’re changing football.”

Maybe the Patriots should consider letting Slater in on the meetings with Brady, Belichick and Robert Kraft. Couldn’t hurt at this point.