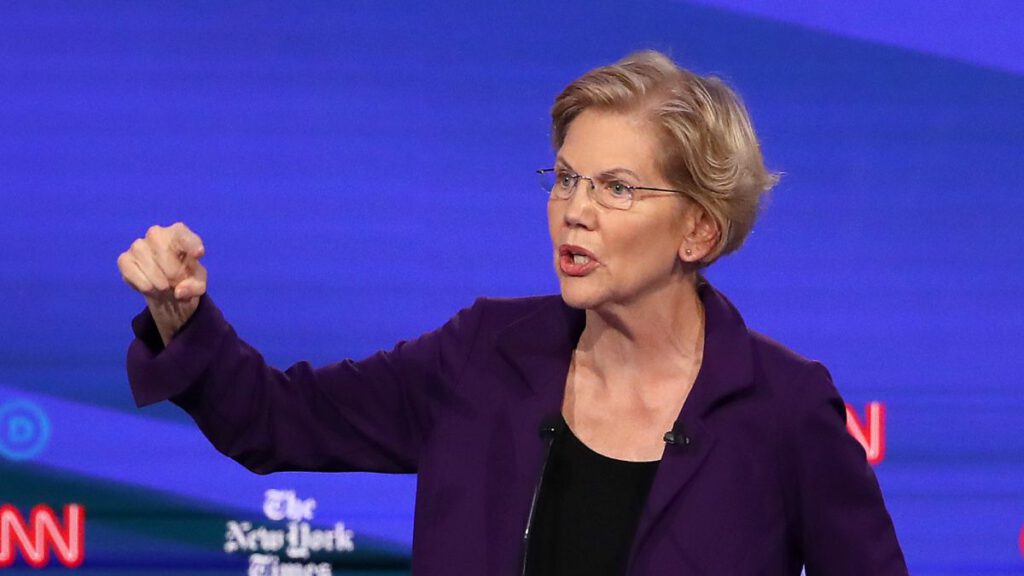 Elizabeth Warren is now the overwhelming betting favorite to become the Democrat Party’s 2020 nominee to face President Donald Trump in next fall’s general election.  That according to BetOnline.ag.

At the start of the campaign this past summer, Warren was in a tier 1A class with Bernie Sanders, Kamala Harris and even dark horses such as Mayor Pete and Beto O’Rourke.  Joe Biden was the front runner.

Amidst a massive surge in debates and rallies, Warren is now, as mentioned, an overwhelming favorite as former Vice President Biden has fallen off dramatically.

While Biden still leads in various polls, Warren’s crowd sizes at rallies are infinitely larger.  Betonline.ag has Warren at better than even money to win the nomination for the Democratic Party (+100.)

Joe Biden, the former favorite, is now in a distant second place.  For every dollar a bettor places on Biden to rally to win the nomination, they’d pick up four.

The Massachusetts Senator has done a phenomenal job at galvanizing the party’s far-left and progressive base.  What was once thought to be shoo-in voters for Senator Bernie Sanders — Warren has mopped them all up.  And because of that, BetOnline.ag most recently installed Sanders as a long shot at 8:1 alongside Mayor Pete, and barely in front of Andrew Yang (+1000.)

Former dark horse candidates such as Kamala Harris, Cory Booker, and Beto O’Rourke have all been eliminated with +2500, +5000, and +6600 odds respectively.

Warren’s rise and potential for the Presidency was discussed previously in this space back in July.  Despite being considered a long shot then, the possibility for America’s first female President is very much in play.

BetOnline.ag still has President Donald Trump as the favorite at even money to win re-election.  And it is Elizabeth Warren, at +250, who is the only one within striking distance.

Bet on the 2020 United States Presidential race to go along with Democratic debate props at www.betonline.ag and use code CLNS50

RELATED: How Elizabeth Warren Wins in 2020