Elliott Ends Round of 12 with Roval Victory 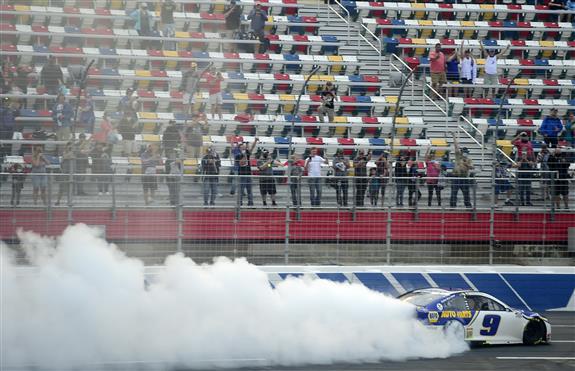 Elliott was a favorite going into the race after winning last year’s event at the Roval, and he was able to pull away from the field on a late restart to pick up his third victory of the year.

Elliott said he wasn’t focused on his points position heading into the Round of 12 finale.

“I feel like you start playing the points game and you can get yourself in trouble,” Elliott said.  “Best way to get to the next round is to win, so hopefully we can do something with it.”

Elliott had a dominant car in 2019, and drove up through the field after an accident while leading.

This year, Elliott said his team brought an even better car than the one he took to victory lane last year.

“I tweaked on some small things and got a little better than what I was here last year, which was good,” Elliott said.  “I feel like road courses have been fortunate to us the last few trips.”

Busch, the reigning Cup Series Champion, said his team just continued to be off throughout the Playoffs like they had been during the year.

“Nothing’s played out or has been on our side,” Busch said.  “Terrible year for me, but as other sports greats would say, there’s many other drivers that would love to have a year that we’re having.”

“I knew this round was going to be trouble with the year that we had, and I was right.”