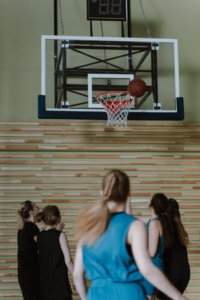 The Education sector is one of the critical instruments for social change and empowerment. Colleges can be a pivotal institution for promoting gender equality, inclusion, and diversity, not only in the school but also in the society.

Lauren Bradshaw, an academic expert and a professional academic writer has researched this topic in their writing. Together with the following essay writing service by CustomWritings, we will spread some light on her insights.

This article aims to shed more light on the challenges of gender equality in academia today and to contribute to preventing college education and sports from retrogressing the progress it has achieved.

Before the introduction of Title IX, women’s participation in any sports activity was low because of the high discrimination in the system.

Women athletes pushed for more opportunities where they fought hard before the introduction of Title IX, which paved the way for increased participation of women in college sports.

In the early 20th century, women’s sport was treated differently from men’s; they were not taken seriously until the 1950s and 1960s when they pushed for more opportunities.

Intercollegiate women’s sports were a result of that push that was encouraged in 1963; by 1972, when Title IX was introduced, it changed the history of college sports entirely as the law demanded colleges to 9invest in women’s athletic programs unlike before.

The civil right act banned colleges from discriminating against students based on race, color, religion, or national origin. Another amendment to the law addressed and banned sex discrimination in employment.

However, until Title IX’s introduction, women did not have legal protection against discrimination in college. Title IX of the education amendments of 1972 addresses the gap in anti-discrimination legislation.

Title IX states, “No person in the United States shall, based on sex, be excluded from participating in, be denied the benefit of or be subjected to discrimination under any education program or activity receiving Federal financial assistance.”

The effect of Title IX on college sports

At first, there were debates in colleges about whether the law applies to sports in college. The NCAA, which dominates men’s college athletics, argued against the effect of the law on the athletics department.

However, the proponents of women’s sports in college fought back, and by the late 1970s, they had to comply with the rule of Title IX if they didn’t want to lose or jeopardize federal funding.

As a result, colleges also started investing in women’s sports, and the participation of women in sports increased significantly.

Colleges could no longer sideline women from specific majors or classes or significant sports activities. The number of female college students participating in sports skyrocketed since the introduction of Title IX.

The effect of the law went beyond college sports but also into women’s participation in sports generally.

Although the introduction of Title IX law drastically increased opportunities and participation of female college students in sports, there is still an iota of disparities that persist even now.

The rules of college sport

College students’ sports are governed and subject to the institution’s rules and regulations, while federal, state, and local laws also apply.

All colleges that receive federal funding must follow the rules stated in Title IX.

However, In the allocation of funds to college sports, Title IX law (this law is a federal law) that bans discrimination based on sex in education programs does not apply here.

Reports have it that gender discrimination occurs in college funding of programs which is a negative sign towards ensuring and protecting gender equality.

The push for women’s equality in college sports

Title Ix law banned discrimination based on sex and gender, but there are still disparities between women’s and men’s sports at the college level.

A more significant percentage of students in the college are women, but at the administrative and faculty level, women are underrepresented.

According to the National Center for education statistics reports, as of 1970, almost 58% of students in college were men. However, the ratio has changed over the past 50 years.

The national center for education statistics reports that women make up 57% of all undergraduates as of 2019.

The increase in the number of female students in college grew during the later stages of the 20th century. In the early 2000s, more women earned more degrees and professional certifications than men.

However, this does not commensurate with the number of women represented in the faculty and administrative arm of the college. Women are still behind men in the positions of authority held in colleges.

This in itself poses or harms academia as a whole and female participation in sports at colleges, indicating that there is more work to be done to advance gender equality at the college level.

Effect or how equality for women helps students

Students in the college or university benefit from the mentorship relationships they have with faculty. Faculty mentors help students with advice on their career paths, allowing them to plan their careers and thrive in class.

They also help connect students with internships, participate in professional developments, write letters of recommendation, and transition into the workforce.

Female students may have fewer options for faculty mentors with shared experiences and, as such, limit them from the benefits associated with such relationships.

Students in college today may struggle to become future members of the faculty and college presidents if the people in leadership do not fit their roles. Women in academia can help act as role models to these and give the female gender more options.

More women in the faculty or authority positions in colleges often push for more exclusive rules and policies. They fight gender inequality and bias or any form of sexual harassment and act as mentors for students of all gender.

This would, in turn, lead to more participation of the female gender in school activities, like sports, debates e.t.c without any form of discrimination.

The impact of public policy on higher education can be seen in the example of women’s sports. The right policy led to colleges investing in their women’s sports programs and increased participation of the female gender in college sports.

Hence, the need to continue pushing for women’s equality in college education and sports.