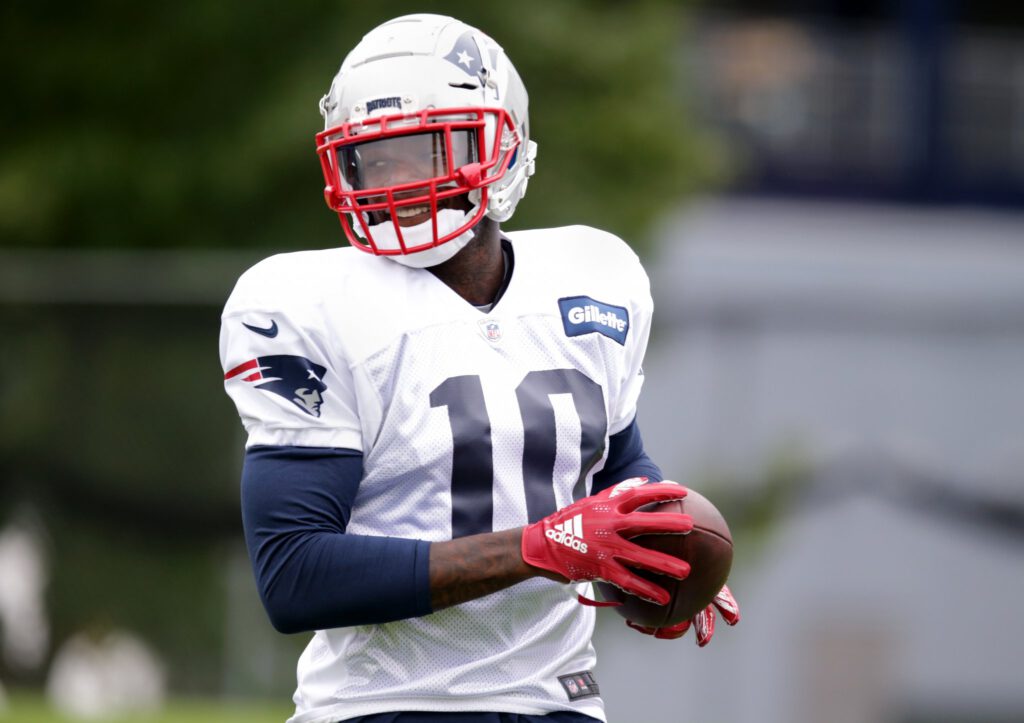 FOXBORO — As the Patriots make their final preparations for the Detroit Lions on Sunday, the conversation down at Gillette Stadium on Friday centered around newly acquired receiver Josh Gordon.

Gordon, who was acquired by the Patriots on Monday from the Cleveland Browns, can bring an outside threat to the Patriots offense that they sorely lacked in the first two games of the season.

However, as both Tom Brady and Bill Belichick noted in the past, learning the Patriots’ playbook in a short period can be a daunting task for any player.

Back on September 7th, Brady told the media that he knows that the Patriots offense is a complicated system to play in for a receiver.

Although Gordon’s NFL resume suggests that he’ll be productive in any system, this week will resemble a student cramming for finals for Gordon as the former Pro Bowler tries to get up to speed with Tom Brady and the rest of his teammates on offense.

On Friday, I asked Belichick how the team goes about acclimating a new receiver mid-season.

“Well, it’s taking a segment of whatever the total is and taking the things that are most important and building on that day-by-day as time goes on,” the Patriots coach said.

Belichick also added that, “it would be impossible to teach somebody everything in a couple of days when other players have had months to learn it.”

Patriots quarterback Tom Brady echoed a similar sentiment, acknowledging that in the past the Patriots offense has cut out a particular section of the playbook for a new acquisition to get him on the field on gameday.

“Now you could limit the number of plays and try to do that, and I think we’ve done that plenty of times,” Brady said. “That’s any time you get new players, that’s what you try to do.”

Gordon is far from the first Patriot player to be acquired mid-season, and cornerback Eric Rowe, who the team traded for five days before their season opener in 2016, said that learning the Pats’ playbook was a whirlwind for him in his first season in New England.

”That year [2016] was a bunch of cramming, but once you get into the rhythm of it, you get in the flow of things.”

Rowe would go on to say that it wasn’t until the following training camp that he fully grasped the Patriots’ playbook, but that halfway through the 2016 season he had a pretty good idea of the calls and terminology.

Gordon, as you’d expect, will have an uphill battle to learn the Patriots playbook as he also focuses on studying the Detroit Lions this week.

But there is a precedent for a Patriot receiver acquired during the season playing the same week in which he came to the team, and you don’t have to go back very far to find him.

Just last season, wide receiver Phillip Dorsett was acquired by the Patriots on Saturday, September 2nd and played 18 snaps in the Pats’ season opener against the Chiefs that Thursday.

In August, Dorsett said, “if you aren’t in on some of the details, you aren’t going to be able to play, especially in this offense. I mean, you have to be in a certain spot at a certain time and run a certain route a certain way. You can’t really do your own thing.”

Now the hope for Gordon is that his talent transcends the necessity to learn every little detail about the Patriots offense that receivers that have spent years in the system still haven’t fully grasped.

But on Sunday night in Detroit, expect to see Gordon involved in a subset of plays that the Patriots coaches drilled him on this week at practice and in the meeting room.