EXCLUSIVE: Isaiah Thomas Eager to Prove He’s Still Got It 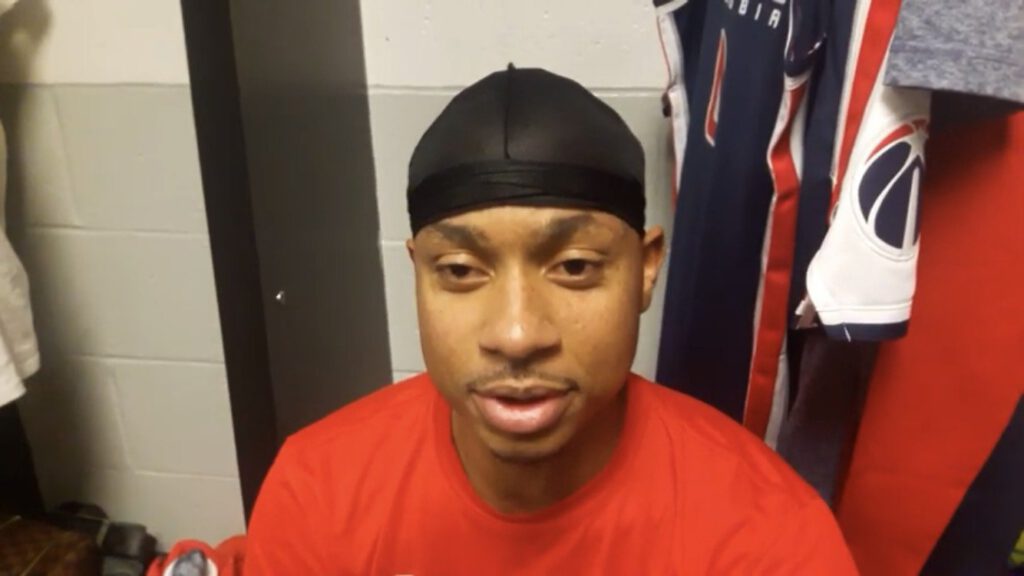 Isaiah Thomas always approaches the game with a chip on his shoulder.

He made a living trying to prove himself to others, capitalizing on opportunity after opportunity until he landed in Boston — where he emerged as a rising star in 2017. The Celtics will never forget Thomas’ MVP caliber year — one that not only ended in the Eastern Conference Finals but unfortunately turned out to be Thomas’ last All-Star year before he was ultimately traded and forced to sit out for the majority of two seasons.

Thomas’ nagging hip injury forced the Celtics to sit their All-Star point guard after only one game of the conference finals, and eventually kept him sidelined for the bulk of the following year. He then struggled to return to form last season, which led to hip surgery and other minor setbacks that kept him on the bench.

After brief stints with the Cavaliers, Lakers and Nuggets, Thomas inked a one-year deal with the Wizards this past summer and is now making the most of a new opportunity in Washington. He returned to TD Garden Wednesday night for a bout against his former team, and although he’s far removed from his first return since the Celtics traded him back in 2017, for Thomas it’s still a joy to be back in Boston.

Thomas spent Tuesday night at Marcus Smart’s Bowling Bash — a fundraiser event in Copley that benefits Smart’s YounGamechanger Foundation — where he was able to hang out with his former teammate while also surrounding himself with the love and appreciation from Celtics fans in attendance.

“Marcus is a really good friend of mine,” Thomas said. “I didn’t have anything else to do, it was a great event. I know he’s been doing it for years now.”

For Thomas, coming back to the city he called home for two-plus years has also been very emotional for him.

“It’s cause I went through a real-life situation here with this city with my sister passing,” Thomas said. “So it’s always emotional coming here but it’s love.”

No one will ever forget seeing Thomas have the courage to take the floor in Game 1 of the Eastern Conference quarterfinals series against the Bulls the day after losing his sister, Chyna Thomas, in a tragic car crash. Nor will anyone ever forget the historic 53-point performance he dedicated to his late sister, on her birthday, against the Wizards in the Eastern Conference Semifinals.

Still, through multiple stints of rehab and quality family time, Thomas found the strength to fight his way back onto the court.

Thomas, 30, finds himself truly grateful for having a chance to revive what was once such a promising young career.

He entered TD Garden averaging 13.2 points, 6.2 assists on the season and as Washington’s newest starting point guard — a goal Thomas set out for himself at the start of the regular season.

Has his urge to prove critics who question his abilities grown immensely?

“For sure,” Thomas replied. But it’s for other reasons. It’s for myself, you know? It’s not to prove to anybody else, it’s prove to myself that I know what I can still do.”