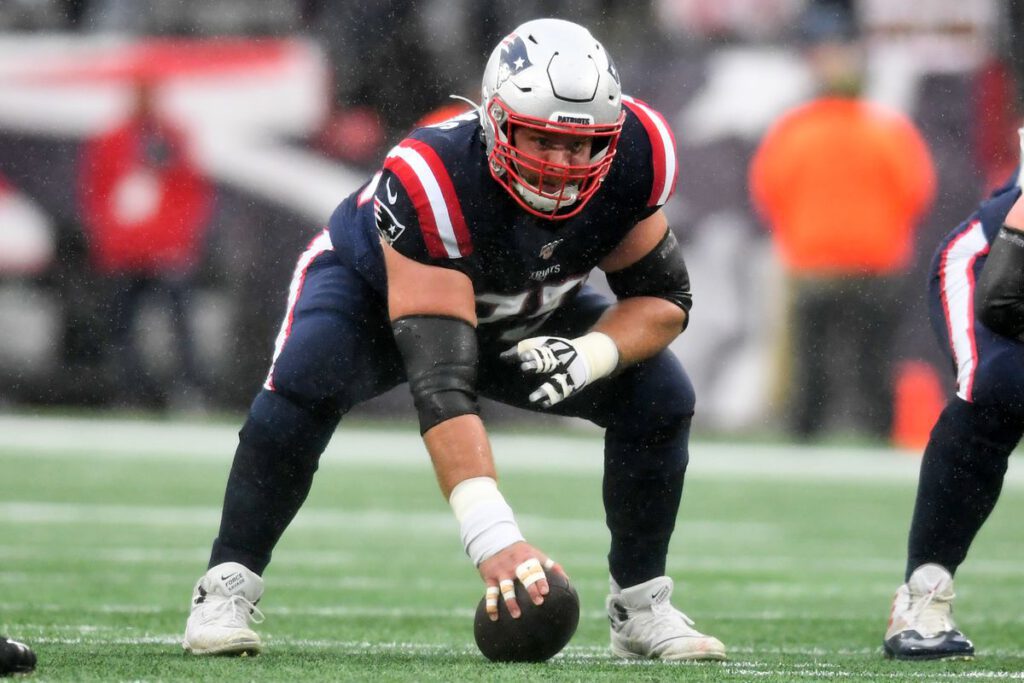 In an exclusive interview with CLNS Media, Patriots offensive lineman Ted Karras spoke about his decision to return to Foxboro after one season with the Miami Dolphins.

Karras signed a one-year deal worth $4 million after starting all 16 games for the Dolphins at center in 2020. In 2019, Karras won the Pats’ starting center job with David Andrews sidelined for the season due to blood clots in his lungs and fared well in both seasons as a starter.

“That Wednesday or Thursday, it all came together,” Karras said of re-signing with the Patriots. “Free agency is such an anxious time, and you are kind of just sitting on the couch hoping your phone rings. We started to get some interest from our former employer, and it was very exciting. We got a great opportunity to come back and be a two-time Patriot now.”

Karras is one of a handful of new Patriots debunking myths about a players’ desire to play for Bill Belichick in New England.

To that point, Karras explained his mindset as a former and now current member of the Patriots, saying, “I think fun comes from winning games; that’s the most fun. That’s the pinnacle of fun you can have in football. I think everyone just works really hard and really cares. Takes accountability and knows what to do and how to do it. They train us very well and prepare us very well.”

The Pats versatile center ranked 17th among 36 centers in Pro Football Focus grade last season, but with Andrews re-signing in New England, Karras could see time at guard as well.

“It’s time to start repping some guard,” Karras said was his initial reaction to Andrews re-signing with the Patriots. “That was the main thing, and we are going to have a lot of good football players. It’s going to be fun to be on this unit.”

Entering the league as a sixth-round draft choice in 2016, Karras was drafted as a guard out of the University of Illinois before learning center once he got to the NFL.

In his one season with the Dolphins, Karras served as an offensive captain, where he was at the forefront of guiding rookie quarterback Tua Tagovailoa through his first NFL season.

“It was an elevated leadership role, and I was very honored to be elected captain. I took it very seriously. I got to use a lot of what I learned, you know, we have so many great leaders that I was brought up with on those teams from 2016 to 2019, and emulated them a lot,” Karras said.

Karras also spoke about the transition from veteran quarterback Ryan Fitzpatrick to Tagovailoa during Miami’s 2020 season, a situation that could present itself this season with the Patriots.

“I can’t say enough good about Ryan Fitzpatrick,” Karras explained. “We developed a really tight bond, and I also developed a great relationship with Tua. I think that’s part of the league with young guys coming in, high draft picks, a star, really, and came in and played well.”

“I think a big reason why we continued to have some success was Ryan’s leadership and the way he still led the team. Still, the emotional leader of the team and the way he handled himself was instrumental in continuing the success,” Karras continued.

On if Karras will give Bill Belichick some inside information on Tagovailoa, Karras smiled, “not unless he asks. He’ll probably dissect it better than I can. But if he asks some questions, yeah, I’ll help however I can.”

Now back with the Patriots, Karras is excited to see a talented offensive line on paper come together this season. Based on past performance, the group has a chance to be special.

“It will be our job to translate from on paper to in performance and with good performance when it counts the most. We aren’t even sure when that will start, but I know everyone is working hard individually,” Karras said.

Karras provides a steady starter or valuable layer of depth behind a rock-solid group along the offensive line, whether it’s starting or backing up all three interior offensive line spots.