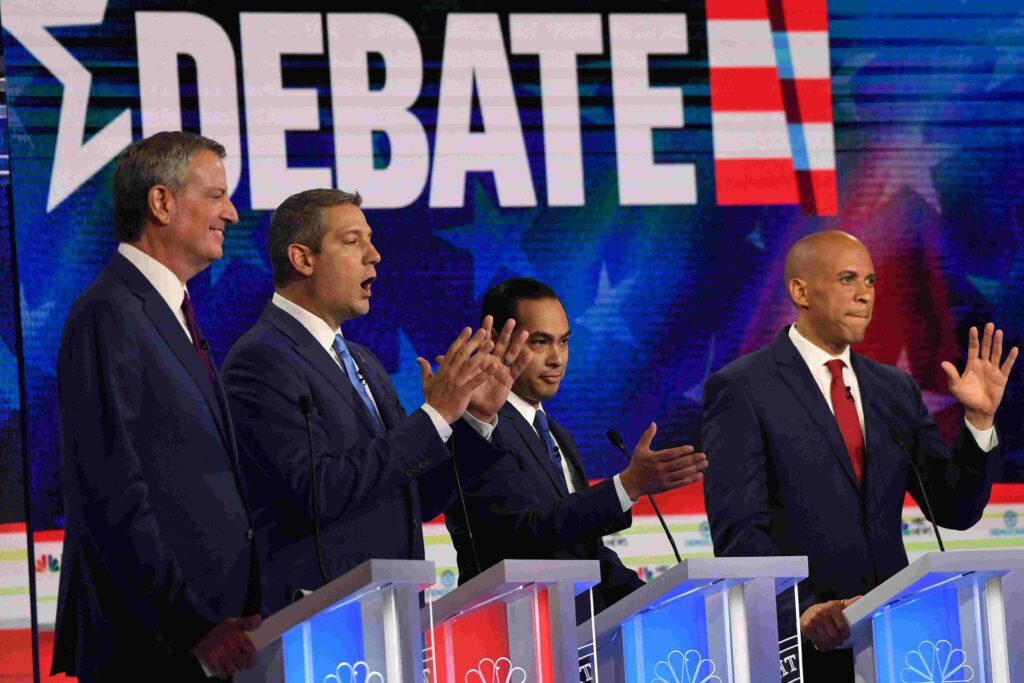 Hawaii Congresswoman Tulsi Gabbard scored big at this week’s opening round of Presidential debates.  The Iraq War veteran and fierce critic of the interventionist foreign policy of the United States is looking to be the best bang for the buck when it comes to betting on the 2020 Presidential nominee for the Democratic Party.

According to BetOnline.ag, Gabbard comes in at a +5000 underdog.  Meaning for every $100 placed on the Hawaiian Congresswoman, BetOnline would pay out $5000.

And according to the experts, Gabbard may be a keen way for savvy bettors to score a massive payout.

“No one made a greater credibility leap than Tulsi [Gabbard] did this week,” said one Democratic insider in an exclusive to CLNS Media.  “Her message, as well as performance on Wednesday night resonated tremendously well with some of the party’s most loyal supporters.”

Despite garnering the third lowest amount of speaking time, Gabbard scored a near knock-out blow in a back-and-forth with Ohio Congressman Tim Ryan.

“The reality of it is if the United States is not engaged, the Taliban will grow. And we will have bigger, bolder terrorist acts, we have got to have some presence there,” Ryan initiated in the exchange.

Gabbard retaliated by pointing out that the Taliban “was there long before we came in and will be there long after we leave.”  And that, “We cannot keep U.S. troops deployed to Afghanistan thinking that we are going to somehow squash this Taliban.”

Ryan then set himself right up to the former combat veteran by retorting: “I didn’t say squash them.  When we weren’t in there they started flying planes into our buildings.”

“The Taliban didn’t attack us on 9/11.  Al Qaeda did,” Gabbard said before they talked over one another.

The partisan crowd roared on scene.  And the results proved instantaneous for Gabbard later that night.

Such was also reflective in numerous polls and online analytics following the nationally televised debate on NBC.

According to Google, Gabbard was far and away the most searched candidate following the debate.

Map: before and after the #DemDebate pic.twitter.com/7y3iNoJR1N

Also, the wildly popular and uber-influential Drudge Report website ran a poll that showed Gabbard as the runaway winner.

Now, with the United States potentially getting itself involved in yet another Middle Eastern conflict, the credibility of Tulsi’s message grows ever stronger.  Making it that much more likely that she will be the woman to go toe-to-toe with Donald Trump in 2020.

No wonder the experts are already saying that +5000 may become even money in a mere matter of time.