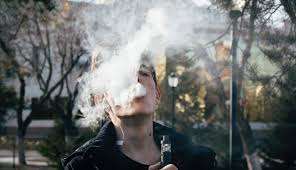 With more vaping products flooding the market, the era of new generation smokers is here. However, the big debate is the role of social media in promoting or discouraging e-smoking. The reaction of social media users and that of the government toward the culture of vaping are particular issues of concern. While e-smokers believe that using the best vapes is the new, cool and safe way of satisfying their cravings for nicotine, a growing number of people who vape triggers charged debates on social media.

In this post, we dig deeper into how people perceive the vaping industry on social media. Dive in with us to learn more.

How Social Media in Promoting Vaping

An investigative piece on vaping published by the New York Times revealed worrying statistics about the practice among teens. The most notable concern is that Facebook and Instagram ads are driving forces behind an expanding vaping industry. While Facebook does not publish tobacco ads, contextualization of vaping on social media by different parties adds another twist to a debate that is far from won. Vaping continues to receive an equal share of criticism and approval but there is more.

When the U.S Federal government sued JUUL Labs for overtly using teenagers and influencers to promote its vape pens, social media exploded into a war zone. It triggered a fury of posts and messages about the practice. JUUL Labs is the largest manufacturer of e-smoking gadgets such as good vapes. Despite pulling down posts involving teenagers and vaping, the company’s huge social media presence remains a focal point in most discussions.

In particular, the way JUUL Labs conducted its marketing campaigns was perceivably unethical, if not tempting. Apart from copying tobacco adverts, it also used stylish JUULpods, cartridges, and pens. The act was seen to target teenagers who are oblivious to the dangers of smoking. In the heat of these actions, teens and marketing influencers began sharing videos in which they are holding and pulling vape pens. Thus, another question comes to mind. Is vaping safe?

Vaping and Social Media: Who Is Involved and How?

The presentation of vaping messages on social networks happens in different ways. Let’s break it down into people who play a part, especially the roles they play through social media.

The advent of social media has seen an upsurge in influencer marketing. People who enjoy a large following on social media, otherwise known as influencer marketers, are leading the course in promoting what they call the best vaping devices. They aim to drive traffic to websites of companies making these devices hence increase sales.

Another category of social media users who are actively contributing to the debate on vaping is brand ambassadors. They are knowledgeable about e-smoking. They aim to educate people about vaping. They are also well-versed with the best vapes in the market.

Proponents of good vapes have particularly been at the forefront in promoting vaping given their positive responses to ads on vape pens, pods and systems. The most notable group is vapers with a large following on Instagram who has turned their popularity into a profiteering venture by launching their own brand of pods.

While vaping products have gained traction in the last three years, especially as the best alternative to traditional rolls of tobacco and marijuana, anti-vapers do not agree. This group of people includes anti-drug abuse organizations and government agencies such as the FDA who have continuously conducted anti-vaping campaigns on social media. Currently, JUUL is battling more than two hundred cases related to unethical and injurious advertising on social media filed by anti-vapers.

Social media is undoubtedly the new-age frontier of marketing. It affirms sentiments made in 2018 by Robert Jackler, a professor at Stanford University. He said that the best way to reach teenagers is through social media, a fact that manufacturers of vape pods have utilized to market their products.