Bengals options are many at No. 31. Which way will they go? 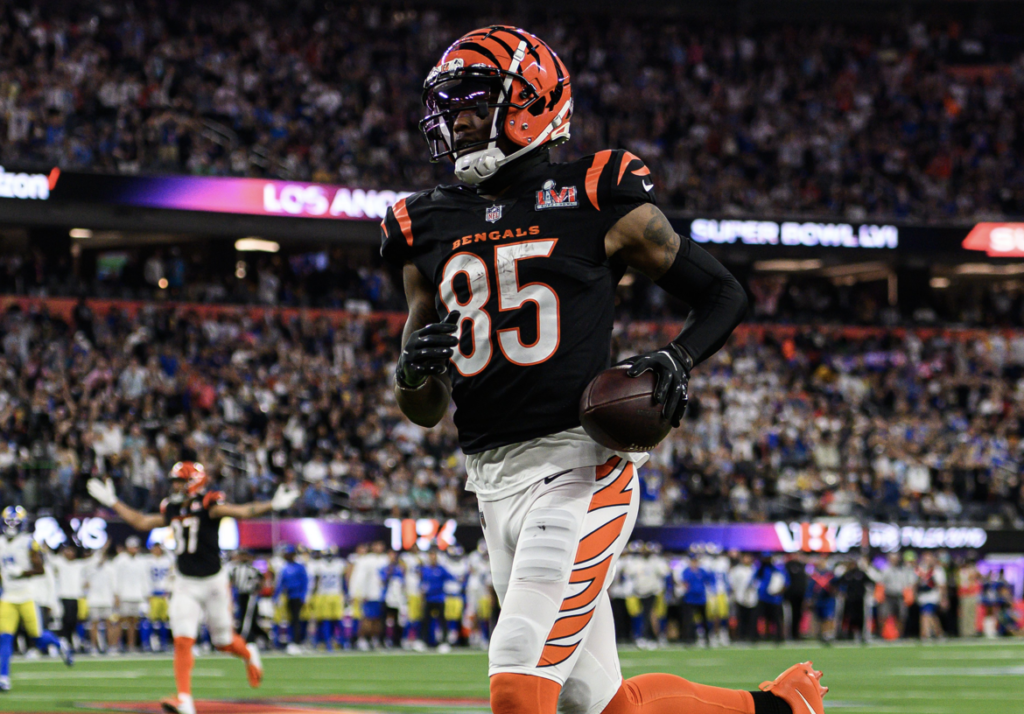 CINCINNATI – As the Bengals prepare for the draft at the end of this month in Las Vegas, now is a good time to assess their strengths and weaknesses in terms of their current roster and where they may look to add key pieces, either for depth or versatility.

It’s also critically important to understand that the Bengals, like most NFL teams, view the top of the draft as a chance to add key talent pieces, regardless of need or depth. If a player is available that can either help the team immediately or clearly make the roster, you draft him. This is simply known as “best player available” in roster building circles.

This is less the case as you move into rounds two and three on Day 2, while on Day 3, the research skills of your scouting department are brought to bear as teams search for gems that could help them in different places like depth or special teams.

The Bengals, by virtue of their Super Bowl runner-up finish to 2021, will draft 31st. The Bengals could still be looking at some extremely enticing options, namely offensive line and cornerback.

Without further delay, here are some options the Bengals could consider:

This would be the least sexy of their choices but could benefit in terms of building more mid-range depth in the middle of the roster. We really won’t know how seriously the Bengals will consider this until draft night because it’s likely they don’t execute a trade until they know if a player they’re targeting at 31 is still on the board. If they go the trade route, they certainly will gain at least a second or third-round selection based on various draft-value projections that clubs rely on for the draft. One of the most famous is the “Dallas Draft Pick Value Chart” created by Cowboys coach Jimmy Johnson in the late 1980s. At No. 31 overall, the Bengals pick would be worth 600 points. The idea is to trade down to a position where the Bengals could combine two (or three) picks that would total 600 picks. If they get more than 600 points, then that, on paper, would be considered a good value trade. Worth noting here that if you’re looking for multiple additional picks in return, parting with your first rounder is usually your best bet.

This is certainly a possibility if Iowa center Tyler Linderbaum, Central Michigan tackle Bernhard Raimann or Boston College center/guard Zion Johnson is available. Any one of these three would be a home run selection in addition to a unit that just added three projected starters in Ted Karras, Alex Cappa and La’el Collins. Throw in Jonah Williams at right tackle, either Quinton Spain or Jackson Carman at left guard, D’Ante Smith at tackle, and then add any of the three above in the draft, and the glass-eating competition could turn into a diamond factory.

If Linderbaum, Raimann and Johnson are off the board, and assuming Sauce Gardner (Top 5 pick) and Derek Stingley Jr. are gone, corner Kair Elam from Florida is a fascinating option. A teammate of Evan McPherson at Florida in 2020, the corner put up impressive numbers at the SEC school. Elam started 26 games for the Gators, including all 12 games in 2020, when he earned first-team All-SEC honors. He finished with six interceptions over his three years in Gainesville.

Look, the Bengals are realists. Always have been. At only 25 years old, they absolutely love Jessie Bates as a young leader and quarterback of their secondary. But if agent David Mulugheta becomes problematic in terms of getting a long-term deal done, it would be great to have an option B waiting in the wings. This draft offers the possibility of an impact safety falling right into their lap at 31. Michigan’s Daxton Hill, Notre Dame’s Kyle Hamilton, Georgia’s Lewis Cine or Baylor’s Jalen Pitre could all be there for the taking. Imagine one of these young studs joining a group that includes Bates, Vonn Bell, Mike Hilton, Chidobe Awuzie and Eli Apple.

With Bill Belichick continuing to load up on hybrid DBs, Michigan's Daxton Hill is a potential #Patriots round-one target:

– Covers TEs & over the slot with CB-like man coverage skills

Conventional wisdom says the Bengals won’t be able to afford Tyler Boyd, Tee Higgins and Ja’Marr Chase and extend Joe Burrow after this season. Boyd and Higgins are signed through 2023. You can never have too many weapons in an offense led by Joe Burrow. If by some chance a Treylon Burks (Arkansas), Drake London (USC) or Jameson Williams (Alabama) are still on the board at 31, the Bengals would no doubt be tempted. They are not technically slot receivers but Jahan Dotson (Penn State), John Metchie III (Alabama) and Skyy Moore (Western Michigan) are. Keep an eye on them in Day 2. Remember, the Bengals selected Higgins in 2020 to pair with Joe Burrow in a spot that is just two below where the Bengals will be picking in the first round, barring a trade.

Jahan Dotson is THAT DUDEpic.twitter.com/OS3W5XG9Su

Every NFL team weighs each player’s strengths and how they might fit into their program at the next level. Would the Bengals rather another offensive lineman, add to the secondary or take an elite receiver?

Bill Belichick, when he was at Cleveland, always told his staff to “stick to the board” when choosing a player, particularly in the first round. When Ozzie Newsome retired in 1990 and was hired by Belichick, this was driven into Newsome’s philosophy and approach. It was this approach Newsome relied on heavily when he took over as general manager when the Browns moved to Baltimore. He build draft after draft on the tack that, regardless of need or position, the team selects the player on their “big board” that grades out highest overall.

This is the beauty of what the Bengals did in free agency and why fans should be so excited about the end of the month in Sin City. The Bengals are not in a position where they NEED to draft a player but rather, they can be selective about adding to a roster that is primed for another Super Bowl run.

Paul Dehner of The Athletic did a fabulous job of pointing out why it usually takes three years to truly evaluate and “grade” a team’s performance in a particular draft. He did so with the 2019 draft and found hits and misses within, something to be expected during a roster turnover where you’re trying to rebuild a roster on the fly with a new coach that was coming in late to the process.

The Bengals now are not rebuilding. They’re restocking and reloading. That’s a huge difference entering the draft. It’s something they’ll still need to optimize if they are to keep up with teams like the Bills, Chiefs and Chargers, all of whom have made huge moves in free agency.

The Bengals head to Vegas knowing they don’t have to gamble the mortgage to win big. But if they play their cards right, they can come home richer than before.