Film Review: Examining the Dominant Start to the Season by the Patriots Defense 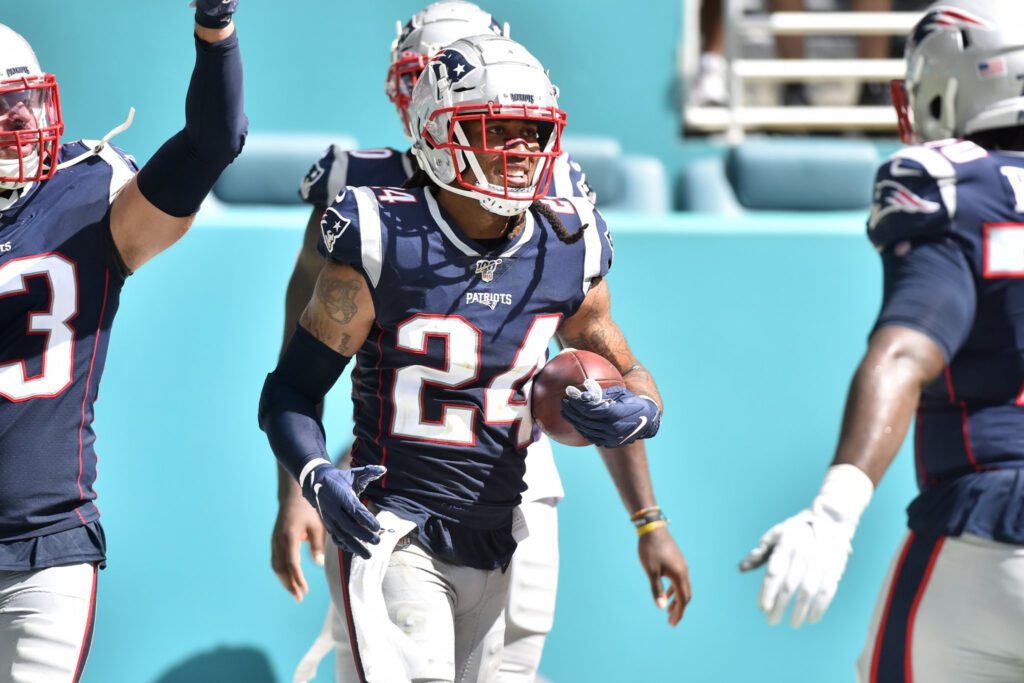 The best way to articulate the dominance of the Patriots defense in the first two weeks of the season is to present it in statistical form.

Here are all the categories that the Patriots lead the NFL in through two weeks: points allowed, yards allowed, yards per play allowed, third-down defense, interceptions, passer rating allowed, three and out percentage, big plays allowed and takeaways (tied).

If that isn’t enough, try these numbers: the Patriots faced 24 drives in the first two weeks, 14 of them ended in either a turnover or three and out, and only three reached the New England 40-yard line.

And the Patriots are the only team that hasn’t allowed a touchdown which means they’ve scored more touchdowns than they’ve allowed.

The Dolphins stink, and we might’ve overrated the Steelers even pre-Big Ben injury, but the Patriots defense through an unselfish and fundamentally sound approach is dominating.

Make no mistake about it, this defense has talented players, and anyone that says otherwise is a buffoon. And they also have the Hoodie scheming game plans.

Let’s take a closer look at how the Patriots shut out the Dolphins in Miami on Sunday:

The Patriots emphasized stopping the Dolphins rushing attack after Miami averaged nine yards per rush in the matchup down there last season.

On the first play of the game, the Patriots are in their 3-4 “Okie” front with both defensive ends playing over the tackles, a nose tackle over the center and four linebackers on the field against Miami’s two tight end set. The Dolphins ran “duo” a blocking scheme where they’ll double on the interior and then climb to the linebackers at the second level. Miami gets the cutback lane blocked pretty well with an opening forming in the backside “B” gap. But Lawrence Guy gets off the tight ends block and stuffs Kalen Ballage before he can hit the hole.

On the very next play, Jamie Collins jumps the snap to tackle Jakeem Grant on a jet sweep for a four-yard loss. First two plays: -3 yards for the Dolphins.

A few series later, we get a good look at a new front that the Patriots unveiled on Sunday with rookie Chase Winovich as an essential piece.

Bill Belichick wanted to throw something new at Brian Flores and offensive coordinator Chad O’Shea since they were so familiar with New England’s core concepts.

The Pats are in a similar 3-4 “Okie” look, but Winovich is standing up over the left tackle rather than putting his hand in the ground. The Dolphins ran a wide zone stretch play with the back working off-tackle. Newcomer Michael Bennett gets a great punch and drive at the point of attack to push the right tackle into the backfield, and John Simon sets a hard edge on the perimeter. At the second level, Elandon Roberts slips the combination block by the right guard and blows up the fullback in the hole for another minimal gain for the Dolphins on the ground.

The Patriots knew they could push Miami’s offensive line around and limited the Dolphins to 2.8 yards per rush with zero explosive runs (longest run – nine yards).

In the passing game, the Pats’ new front with Winovich as the standup five-technique was even more effective and they added in another wrinkle with Jon Jones at safety.

At the top of the screen, Collins is operating as a hanger defender over the slot and Jones is the deep safety in a two-high structure before the snap. After the snap, Collins rushes the passer and Jones comes down to defend the slot receiver. Fitzpatrick thinks he’s hot to the slot with Collins blitzing, but it’s a simulated pressure as Kyle Van Noy drops on the backside allowing Hightower to drop in an underneath zone. Up front, Collins’s wide speed rush draws a holding call while Winovich and Adam Butler perform a T/E stunt that results in a pressure for the rookie. The coverage rotation forces Fitzpatrick to hold onto the ball, and the rush causes him to throw it away.

Here, Miami sends three initial receivers in the pattern with a post-wheel to the two-receiver side and a backside over route. The Patriots play man coverage and blanket the Miami receivers. Jason McCourty is all over the wheel, JC Jackson uses the post safety as support and Stephon Gilmore drives underneath the crossing route. Fitzpatrick works post-wheel to over route, but neither is an option, so he checks down to the running back for a few yards.

Discipline has been a significant part of New England’s success through two games, and it was on full display against this concept.

Fitzpatrick pump fakes to sell a screen to Grant at the bottom of the screen and the two “blockers” release downfield. Van Noy and Roberts take away the seam route, and Devin McCourty works over the top of the fade at deep safety. Again, Fitzpatrick has no downfield options and is forced to dump it off to Grant who barely makes it back to the line of scrimmage.

Along with discipline, the Patriots also got multiple contributions on all four interceptions.

On Devin McCourty’s pick, let’s first start with the coverage by top corner Stephon Gilmore. Gilmore is matched up in man coverage with DeVante Parker in the left slot. Parker runs an over route across the field and Gilmore glides right underneath Parker’s drifting crosser and lays out to tip the ball up in the air to McCourty. The play was also made possible by the power rush from Van Noy on the right tackle. The Patriots run another simulated pressure with Patrick Chung occupying the center then dropping into coverage on the back. Next to Chung is Dont’a Hightower who uses a jab-and-go move to slant his rush inside. By moving the right guard and center inward, that leaves Van Noy on an island with the right tackle. The tackle is expecting pressure from the inside, so he sets without much depth. Once he sees KVN rushing, he tries to retreat quickly but gets his weight too far back on his heels. Van Noy hits him with a heavy two-hand punch opening an inside lane to Fitzpatrick, and the pressure forces Fitz to throw a floater up to Parker making the play easier on Gilmore.

Lastly, I want to discuss another staple coverage for New England that shows just how in-sync they are in the secondary.

The name of the coverage is “one cross” because it’s a cover-1 man scheme with a specific variation that makes it easier to cover the uber-popular crossing routes in today’s NFL.

The Dolphins run an underneath mesh concept with the right outside receiver in the bunch set crossing over the middle with the lone receiver on the backside. Technically, this is man coverage, but instead of having JC Jackson run through traffic across the ball with his man, he’s going to switch responsibilities with Devin McCourty. DMac “cuts” the crosser at the bottom of the screen and Jackson replaces him as the new robber in the middle of the defense. Fitzpatrick tries to fire the ball to Kenyan Drake, but it’s batted down at the line by Butler.

No matter who is out there, the Patriots defense has 11 parts moving as one, and we are only in Week 3.

Although it’s hard to imagine, this group can get even better as the new pieces in the front seven come together, allowing Belichick to open up the playbook.

The Dolphins are awful, but New England’s got the best defense in football after two weeks.

No, we didn’t forget about the one and only AB. Here are a few of his biggest plays on Sunday. Brady does some cool stuff too (sound on):