Film Review: Patriots Close the Deal on Their “Sanu-est” Weapon 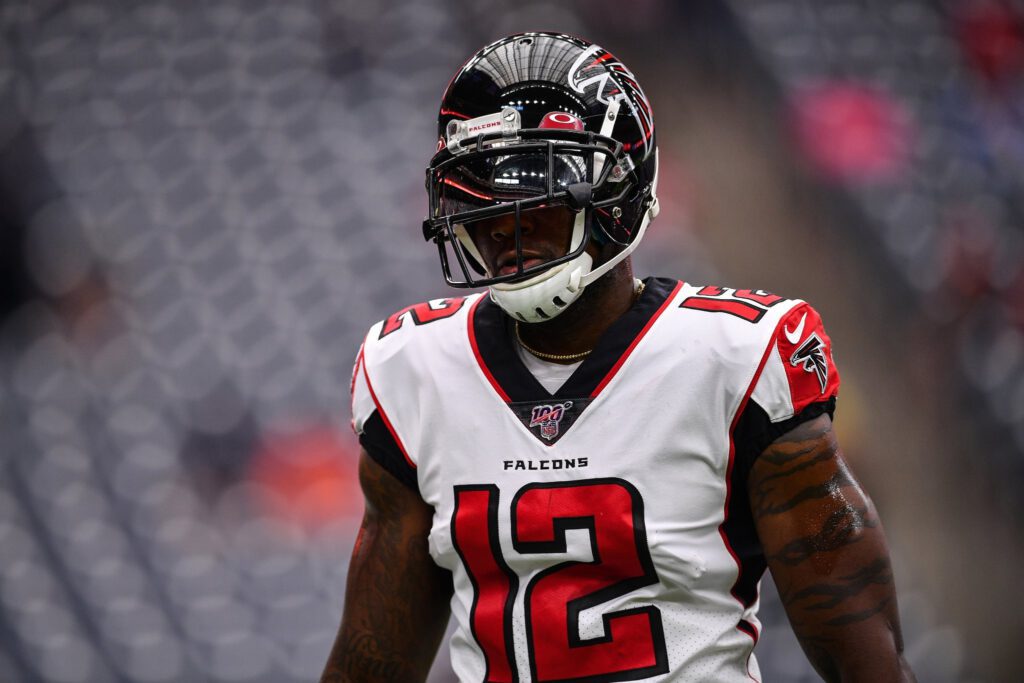 The Patriots finally made their move to bolster the weapons around quarterback Tom Brady, adding veteran wide receiver Mohamed Sanu via a trade with the Atlanta Falcons.

Over the last month, Bill Belichick was actively pursuing receiving help, and New England’s interest in Sanu goes back to the spring.

The Patriots and Falcons discussed a potential Sanu deal before the draft, but Atlanta was hesitant to trade the veteran wide receiver with hopes that they’d make a playoff push in 2019. Now that they’re out of contention, the talks resumed, culminating in a deal with the Patriots for a 2020 second-round pick.

My initial reaction to the trade was that the compensation was a little steep, but a deeper dive explains the Patriots’ aggressiveness.

Sanu is under contract for next season, so this is more than just a rental, and he’s a tremendous fit in New England’s offense.

With Atlanta this season, Sanu ran 78 percent of his routes out of the slot as a big target between the numbers for Matt Ryan.

A look at his NextGen Stat route chart also shows that Sanu was a middle of the field threat for the Falcons.

Although he mostly ran out of the slot, Sanu has the size (6-2, 215 pounds) and route running abilities to win on the outside, making him a versatile piece that can move around the formation.

Sanu is an above-average separator creating 3.32 yards of separation per route, ranking 23rd out of 121 receivers with at least 100 snaps this season.

One of the ways that Sanu consistently creates separation is with his savviness against zone coverage, which will fit in nicely with Tom Brady and the Patriots.

Here, Sanu starts in the left slot in a play-action concept by the Falcons. The Colts are in a cover-3 zone, and Sanu cuts across the field on a deep dig route.

As he’s cutting across, he sees the linebacker closing the first passing window in his drop, so he continues to the second window. At that point, Ryan is already releasing the ball, anticipating that Sanu will make his way to the second window. Sanu curls his route around the linebacker and splits the two defenders. Notice how he also works his way back towards the quarterback, making himself an easy target. That’s a QB friendly route and a great understanding of the weakness in the zone.

Along with a great feel for zone coverage, Sanu also processes things quickly and presents himself to his quarterback in a timely manner.

On this play, Sanu is once again in the left slot. This time, the slot defender lined up over Sanu blitzes, and the now Patriots receiver knows he needs to come out of his break quickly. He gets upfield, releasing away from the dropping linebacker to create space, and snaps his route off as fast as possible to give Ryan an outlet against the blitz. He then goes immediately into YAC mode and turns upfield for a third-down conversion. Again, a great understanding of what the defense is trying to do.

Here’s another example of Sanu’s quick mental processing as a route runner. As he works his way across the field on the drag route from the left, the linebacker reacts late to the play-action fake but eventually drops cuts off Sanu’s route. Instead of continuing across the field into coverage, Sanu sits down, and Ryan hits him for the completion.

Finally, Brady will be pleased with the way that Sanu attacks the ball in the air with strong hands at the catch point. The Falcons run a similar fake screen concept that’s in the Patriots’ playbook. Sanu fakes like he’s about to block then turns upfield into the soft spot in the zone. Instead of waiting for the ball to come to him, Sanu attacks the throw from Ryan and brings it down in traffic.

Although he’s best against zone coverage, Sanu can also beat man coverage with craftiness and physicality within the route. He won’t run by defenders, but he wins in other ways.

Here, Sanu is one-on-one in the slot with Colts cornerback Pierre Desir. He gives Desir a little shoulder fake to open up a path to the inside in his release. Once he off the line, Desir tries to jam him to slow him down. Sanu doesn’t slow down and swats the jam off of his body with his outside arm, freeing himself to continue his route. He then does something incredibly crafty, pulling on Desir’s arm to get the Colts cornerback off-balance. Desir is stumbling and unable to stick with Sanu as he breaks out on the circus route. Again, you see the strong hands and ability to finish in traffic.

As noted earlier, most of Sanu’s routes came from in the slot, but the next play is an example of him winning on the boundary.

On this play, the Falcons isolate Sanu at the bottom of the screen against man coverage. The corner has outside leverage, so Sanu opens him up for an inside breaking route by releasing at the defenders’ outside hip. The release allows him to get into the inside pocket, and he carries his stem vertically on to the toes of the defender, snapping the route off at the top to create separation.

As both of these catches show, Sanu has a professional understanding of defensive back leverages and how he can make space for himself within a route. Plus, his hand fighting, which is an underrated aspect of receiving play, is terrific.

The addition of Sanu gives the Patriots another interchangeable receiver that can produce on routes that are staples of Tom Brady and the New England offense.

He gives them size in the slot, which is a clear emphasis for Belichick since Gronk’s retirement, and a perfect running mate to play off of Julian Edelman between the numbers.

The Patriots might’ve slightly overpaid for Sanu’s services, but they got a productive player that should seamlessly transition into the offense for the next year and a half, or maybe more.