Jones was an All-Conference cornerback and return man at Houston. 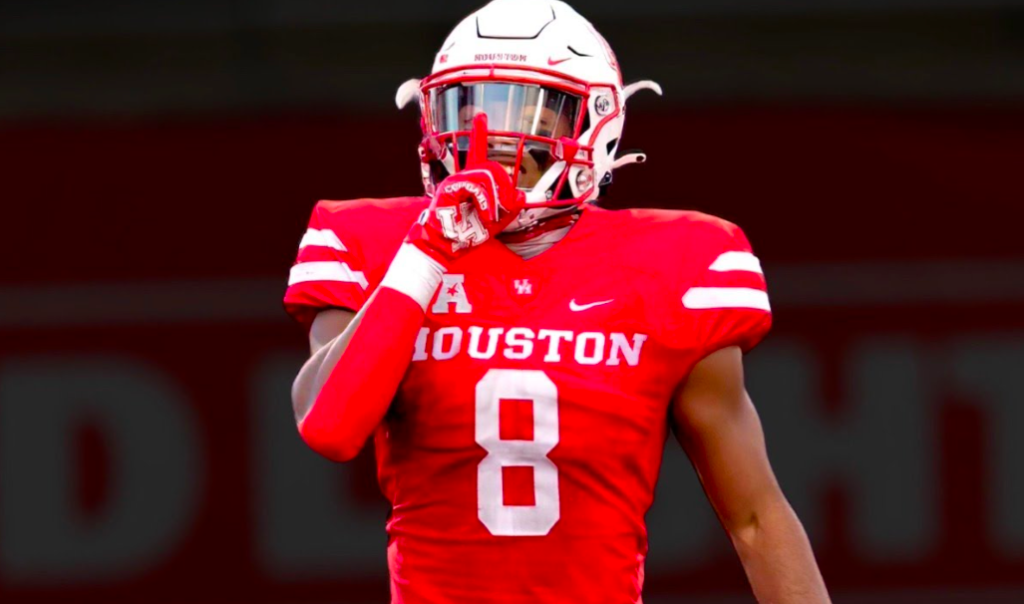 The Patriots addressed a glaring need on the defensive side of the ball by selecting Houston cornerback Marcus Jones with the 85th overall pick in the 2022 NFL Draft on Friday night.

Although he’s undersized at 5-foot-8 and 174 pounds, Jones dominated as a multi-year contributor for the Cougars with nine career interceptions and 31 pass breakups. Along with earning All-AAC honors at corner, Jones was the AAC Special Teams Player of the Year last season and has nine career punt returns on his resume as a versatile playmaker.

In coverage, Jones has experience playing outside, nickel, and safety with sticky man coverage skills with the ability to mirror receivers on both horizontal cuts and vertical routes.

Here’s an example of Jones’s foot quickness, smooth hip transitions, and ability to close on the football against a slant route playing on the outside. Despite allowing the inside release, Jones smoothly flips his hips to recover and dives in front of the receiver to knock the pass away.

In this play, Jones stays in the receivers’ hip pocket in a trail technique and makes an acrobatic interception to fight off the receiver at the catch point.

Then, Jones also possesses the long speed to cancel out receivers on slot fades, which will help the new Pats corner if the goal is to match him up with receivers in the division such as Tyreek Hill, Jaylen Waddle, Elijah Moore, and Isaiah McKenzie somewhere down the line.

Along with his ability to match routes vertically downfield, Jones’s play speed and all-out hustle flash as an open-field tackler, where he never gives up on a play and consistently chases down ball carriers.

As we mentioned, Jones brings potentially three-phase versatility with tape as a wide receiver for Houston last season, but, most importantly, an All-Conference kick and punt returner.

After losing primary returner Gunner Olszewski to the Steelers in free agency, the Pats need a new return man, and Jones projects as a future Pro Bowler in that role at the next level. Some evaluators compared him to all-time great returners such as Dante Hall.

Unfortunately, Jones had surgery on both shoulders following the conclusion of the college football season in the fall, which held him out of pre-draft testing at the combine and his Pro Day. Jones said he expects to be a full-go for training camp in an interview with reporters on Friday night.

Although we don’t have an official 40-yard dash time or agility testing on Jones, we polled multiple scouts who believed Jones would’ve clocked a 40-time in the low-4.4s.

The Patriots gravitate towards players in all avenues of roster building who bring positional versatility and add value to the team in multiple phases, which is certainly the case with Jones.