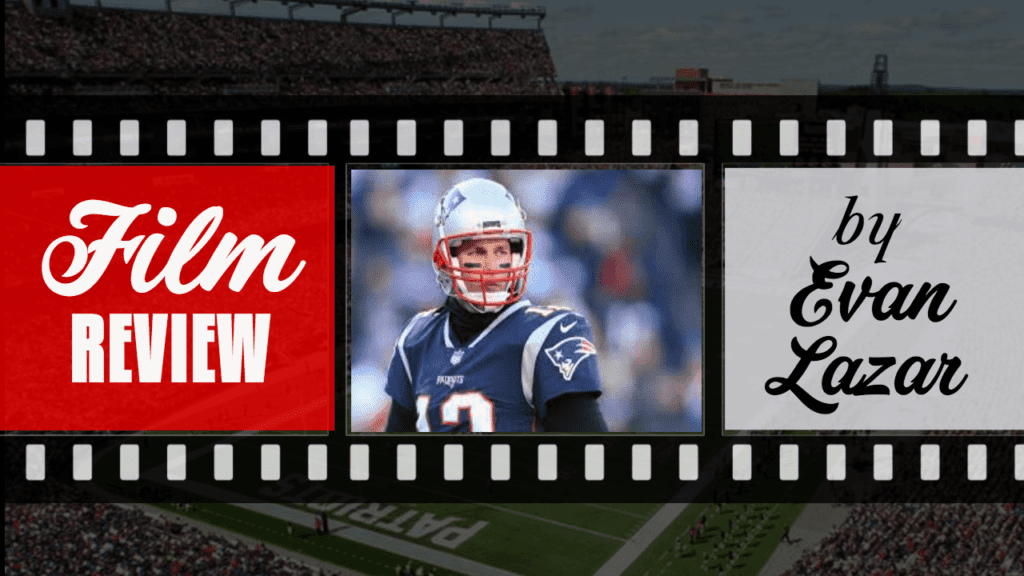 And their competition in the playoffs, where they’re guaranteed to face a defense ranked in the top ten in DVOA in the divisional round, will be much steeper than what they went up against in Week 17.

However, the way the offense operated against the Jets in the final week of the regular season is a precursor to what you’d hope to see out of Josh McDaniels and Tom Brady in a few weeks.

The Patriots manipulated the Jets defense with formations predicated on the notion that they’d run the football, and exploited one-on-one matchups, especially in the red zone.

After watching the Patriots gash the Buffalo Bills for 273 yards on the ground, and allowing 215 rushing yards to the Patriots in Week 12, the Jets were determined to stop New England’s rushing attack.

“They did a good job in the running game. They played a couple of different fronts and certainly weren’t going to let us run the ball like we did last week or even in the first game. We threw it more. We had to go to some alternative-type things,” Patriots head coach Bill Belichick said after the game.

To stop the run, the Jets mostly utilized a 4-3 over front in their base defense. As Belichick noted, the run-stopping approach prevented the Patriots from running the football.

Once New England and offensive coordinator Josh McDaniels saw the Jets game plan, they didn’t go away from their heavy personnel groupings, keeping the Jets in their base defense.

The Patriots were in heavy packages, either with fullback James Develin or an extra tight end on the field, on 49.2 percent of their offensive snaps, according to Pats Pulpit’s Brian Phillips.

But instead of going with the conventional wisdom and running the football out of those packages, the Patriots spread the field and threw the ball creating favorable situations for their skill players.

And Brady also did a much better job of spreading the ball around to all of his receivers with seven different players catching a pass on Sunday.

“I feel like when everyone gets involved, the offense flows. We put a great game plan together when it came to getting everyone involved, getting everyone touches, and I think it worked. I think it’s easier for Tom [Brady]. He makes it look so effortless when the offense is like that. They tried to stop the run, so we knew we needed to pass the ball and Tom did a great job of spreading it around,” said wide receiver Phillip Dorsett who caught five passes for 34 yards and a touchdown in the win.

Below, we’ll go over some of the ways that McDaniels exposed the Jets defense with unique spread formations out of heavy personnel groupings:

Let’s start with a 14-yard completion to tight end Rob Gronkowski in the first quarter.

On the play, the Patriots break the huddle with fullback James Develin out wide at the top of the screen. With Develin in the game, and it being second and eight, the Jets go with a run-first approach with six defenders on the line of scrimmage. However, with Develin flexed out, the Jets send one of their linebackers out to cover the Pats fullback. That matchup does two things for the offense: first, it tells Tom Brady that it’s man coverage, and second, it takes a defender out of the box allowing Gronk to get a free release at the line of scrimmage. The Pats release running back James White into the flat taking the edge defender with him, and Gronk is unimpeded into his route where he’s one-on-one with safety Jamal Adams. Gronk reads Adams’ inside leverage and attacks Adams’ outside shoulder to create separation on the out route.

On the very next play, Brady threw a 17-yard touchdown pass to White with Develin on the field once again.

This time, the Pats flex Develin out at the bottom of the screen, and the Jets send Adams out to cover the fullback. With Develin occupying a safety, that presents a one-on-one matchup for one of the best pass-catching running backs in the NFL with New York linebacker Neville Hewitt, and White easily shook Hewitt with a shoulder fake at the top of the route. Plus, the Pats ran four verticals on the perimeter to clear the underneath area of the field for White to pick up yards after the catch.

Throwing touchdown passes to running backs was a theme for the Patriots on Sunday as Brady also found Rex Burkhead for a score in the red zone.

Here, the Pats spin the wheel on the Jets defense with another formation out of 21-personnel. McDaniels puts Develin alone in the backfield next to Brady in the shotgun putting Gronk in the “X” receiver role at the top of the screen and Burkhead in the outside slot next to Edelman to Brady’s right. With Adams matching Gronk, and Burkhead in the slot, the Jets have some confusion with determining who will take Burkhead in man coverage. They settle on linebacker Avery Williamson, and Burkhead runs right past the linebacker on a slot fade route for a touchdown on a beautiful pass from Brady.

Finally, the Patriots set up their final touchdown of the game with another completion to White on a linebacker.

The Jets start with eight players in the box to load up against the run, and the Patriots send Develin out wide one last time. On this play, the Jets send Williamson to cover Develin leaving safety Rontez Miles in the box to track Gronkowski with Adams playing centerfield to help out on a post or seam route by Gronk. That means that Hewitt drew the short straw again to cover White, and the Pats running back beats him on an option route to the sideline for a 12-yard gain. The Patriots would make it 38-3 on the next play on a Brady touchdown pass to Julian Edelman.

Entering Week 17, the Patriots’ red zone touchdown efficiency plummeted to 41.2 percent (29th in the NFL) over the previous five weeks.

Against the Jets, the Patriots went 4-5 in the red zone thanks to some creative personnel usage and formations that gave Tom Brady’s receivers favorable matchups in man coverage.

Ultimately, the name of the game for the Patriots’ passing offense will be creating and winning those one-on-one matchups in the postseason.

“Something that we talk about all the time as an offense is if you get the one-on-ones you gotta win those situations,” White said.

Furthermore, the Patriots’ power rushing attack out of heavy personnel groupings can be a strength whether they’re running the football or not.

Over the last six games of the regular season, the Patriots averaged nearly 159 rushing yards per game, and that potent running game is now on tape for the world to see.

If teams load up to stop the run, expect the Patriots to adjust to the passing game like they did in the regular season finale.

And if they don’t respect Sony Michel and company, then the Patriots can run all over nickel and dime defenses during what’s hopefully another march to the Super Bowl.